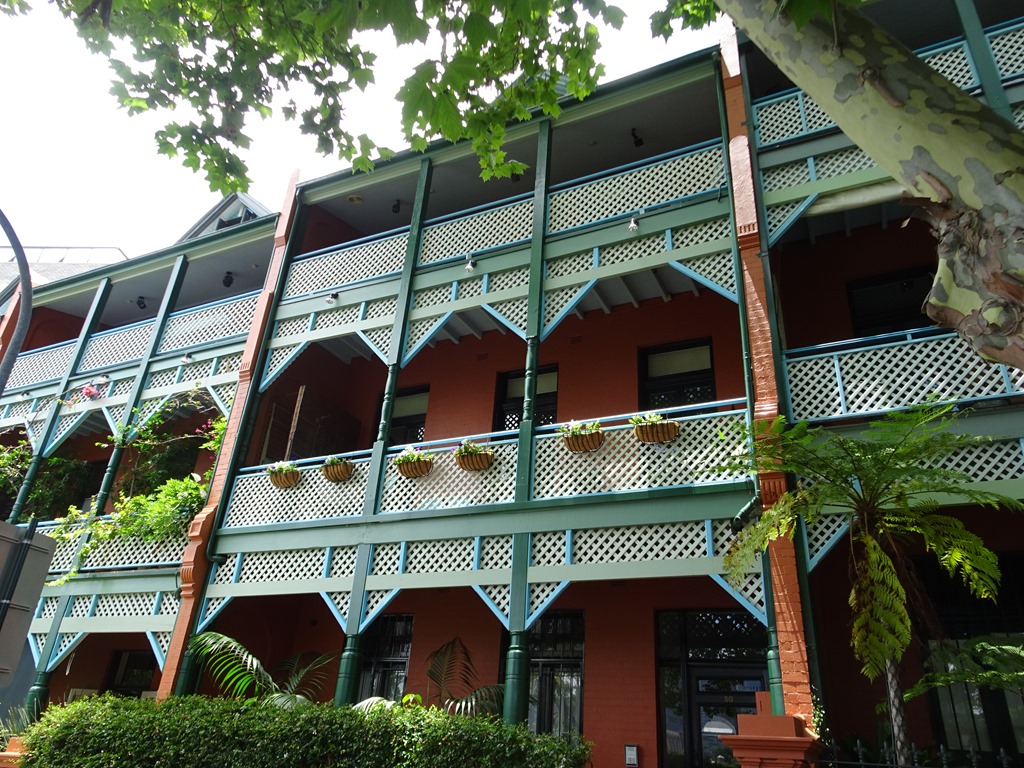 Sydney’s Potts Point is a charming, harborside community that has a pleasure marina, a naval base, interesting shops and galleries (including a great antique and retro decorative arts gallery), cafes and food shops (especially Harris Market for produce and gourmet items, the attached Sydney Fresh Seafood, where we bought ingredients for a couple home-cooked meals and ultra-fresh vegetables) and the neighboring artisan butcher shop. It also has some lovely gardens (including the Onslow and Elizabeth Bay Gardens that overlook the bay) and architecture, including the Elizabeth Bay House and a couple Art Deco-style apartment/condo buildings. 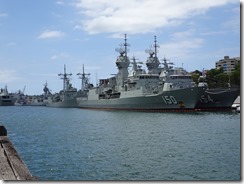 Waterman’s Lobster Company, where we tried to relive our New England heritage with two lobster rolls (one Connecticut style with butter; the other Maine style with mayo and celery) and lobster croquettes with mayo and Korean fermented chili) along with two glasses of Chablis (Moreau-Neujet, 2015). While credible, neither New England lobster rolls in general, nor Red’s of Wiscasset Maine (about which we have written previous posts) in particular, have much to fear from their Australian competitors.

Wooloomooloo appears to be a younger, generally less affluent community than Potts Point. It has a number of two-to-three floor garden apartments including some rather quirky ones, and even a few small sandstone cottages. A steep hill took us to more densely populated area with somewhat taller buildings and a less upscale commercial district that fades into that of King’s Cross. 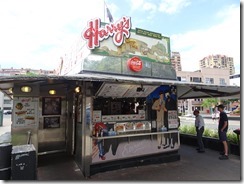 These densely populated, interconnected communities are home to a relatively young, somewhat more bohemian crowd and a larger concentration of gays than many other neighborhoods we have visited.

King’s Cross, which used to be a center of gangs, bars and red light districts is only partially reformed. It is still home to strip bars, sex shops, massage and tattoo parlors and backpacker travel service ships. The main streets are lined with older, less upscale hotels and apartments. Its primary central plaza houses the pretty El Alamein Fountain and in the season we were there, the community’s Christmas Tree. King’s Cross is also a focal point of the city’s gay community and the annual Gay and Lesbian Parade. 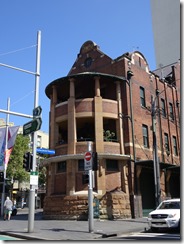 Darlinghurst, which still has a red light district surrounding Darlinghurst Road, was the home of the city’s late 19th-century justice district, with its large, imposing police station, Greek Revival Court House and the large Darlinghurst Gaol, whose imposing stone fence, cellblocks and roundhouse have been repurposed into the National Art School. 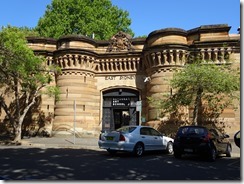