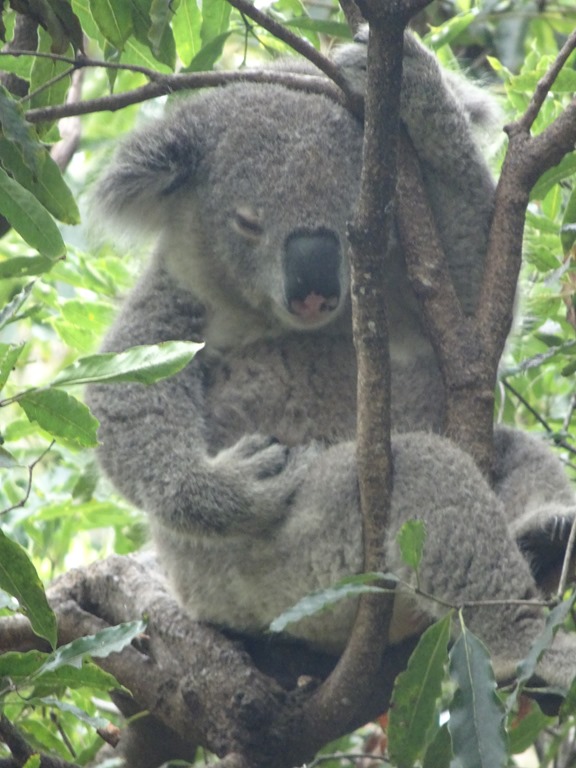 An easy, 20-minute ferry ride in the Sydney Harbor brought us to Toranga Zoo, on the north end of the Harbor. This large, 2,500 animal zoo has a particular focus on indigenous Australian wildlife, although it also has a substantial collection of African and of some Asian animals. Animals are generally displayed in open environments that are similar to their natural environments. It also has some of the world’s most successful breeding programs for endangered species ranging from the Asian elephant to the platypus.

Our primary focus was to see the Australian animals, especially those that we had not seen in the wild or in Tasmania’s Natureworld Biucheno reserve.

The zoo contained multiple exhibits for some of the most popular of these animals such as kangaroos, wallabies, emus, Tasmanian devils, wombat echidnas, platypus and especially the beloved koala, (for which one could paid to have a personal encounter). The zoo also had many smaller, less well known species such as the bandicoot, bilby, quoll, betong and different species of owls, rats, mice, possum and a number of indigenous, amphibians, reptiles and many, many different bird such as parrots, kookaburra, and of course Little or Fairy Penguins (the smallest of all penguin species) and the cassawary (the 3rd largest bird in the world and the most endangered of all Australian birds).

Although the zoo was much more focused on allowing people to see animals, rather than learn about them, it did provide basic background information on all species and some very interesting tidbits about some of them. For example: 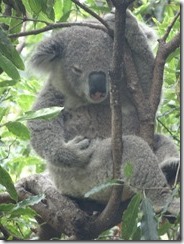 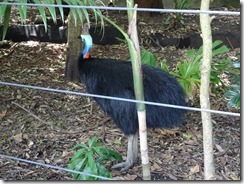 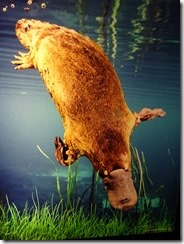 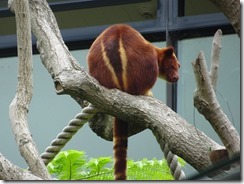 The zoo, however, has much more than Australian animals. Its reptile collection contains a roughly six-foot Komodo dragon (smaller than many of those we saw in the wild on Komodo Island), Gila monsters, anaconda, a huge 10 meter reticulated python (and a smaller one that was in the midst of devouring a smaller snake) as well as dozens of other snakes, lizards, skinks. turtles and frogs (without a distinction that we noticed that frogs are amphibians, rather than reptiles). 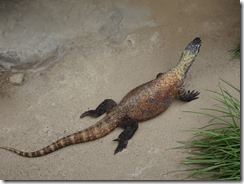 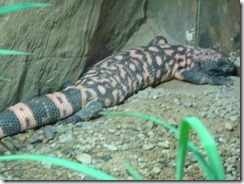 The zoo also has a high-level display of African mammals including elephants, giraffes, hippos, fishing cats, gorillas, gibbons, lemurs and various other types of monkeys.

And boy does it have views! Set on a hill on the other side to the harbor from downtown, the zoo provides a great view of the harbor, the city, the bridge and the opera. Even the animals have a great view. In fact, the zoos top restaurant, where we had a pleasant, if not especially memorable meal is named The View. 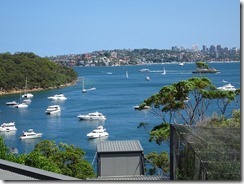 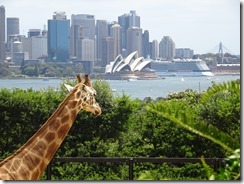 The View (Toranga Zoo) overlooks the city and the harbor. And we got the best possible view from a table on the terrace. We split three dishes, beginning with spicy Spanner crabcakes with tomato salsa and paprika aioli; and chicken liver parfait with brioche toast and grape chutney. All were quite good. Although the main course menu was limited, our cod and chips (with tarter sauce and leaf salad) was good, if not especially impressive. And then there was the view and the surroundings of the wonderful zoo.