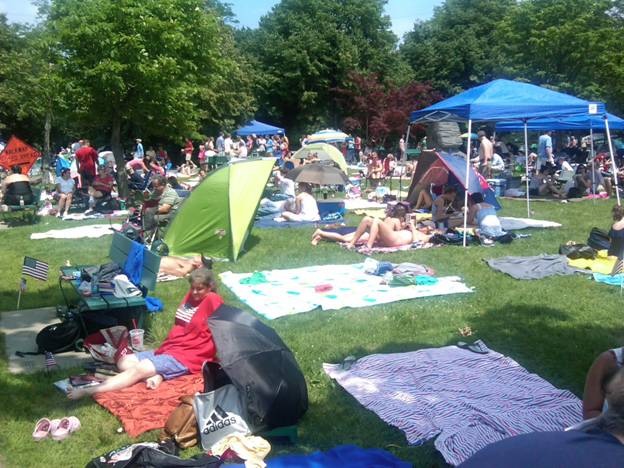 We lived in Boston for more than 20 years, before moving to San Francisco. Although we certainly love our new home, there are certainly a number of things we miss about Boston. One is the Fourth of July.

Although San Francisco certainly celebrates the 4th, it is not quite like Boston. First, the celebration has a somewhat different tone in Massachusetts (the home of the revolution) than it does in California (which had only recently come under Spanish rule at the time of the American Revolution). Moreover, since it’s almost always foggy over the Bay on summer evenings, fireworks typically appear as brief patches of diffuse light. The Fourth is just not quite the same.

A desire to relive a Boston Fourth, combined with a desire to see old friends and visit Maine, brought us back to Boston this year.

Boston, as one would guess, really into the 4th. It begins celebrating almost a week ahead, with a full week of Harborfest festivities. Although we have done most of the adult-focused events when we lived there, this year, we did not arrive in the city until the evening of the 2nd and spent most of the 3rd in museums (see our next blog).

In fact, other than the big celebration on the Esplanade, the only event in which we did partake was the Extreme Sailing Series—and this was primarily to see the massive development that has taken place in the traditionally desolate Fan Pier area of South Boston.

Staking out Your Spots

The big celebration begins about 7:30 PM, with the Boston Pops performance and culminates with the 10:30 PM fireworks. The party on the Esplanade, however, begins early morning, when the first boats moor in the river and hearty souls begin to stake out their spaces or pitch their tents in areas that will put them in the center of the festivities and give them the best views, either of the concert, or the fireworks (you have to choose). By the time we arrived at the Esplanade at 1:30 PM to view the party, it was, as shown in the following pictures, already in full gear. 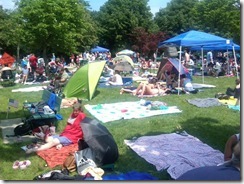 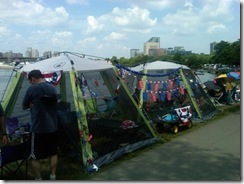 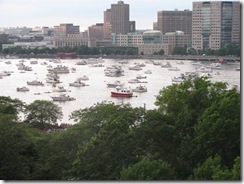 A Perch Above the Fray

Although we, in our early days in Boston, had participated in this ritual, we have since met and carefully cultivated a relationship with a friend who just happens to have a condo—and a roof deck–overlooking the Hatch Shell. And since she has a party each July 4th, it provides a great opportunity to:

All pretty close to heaven. 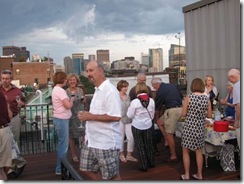 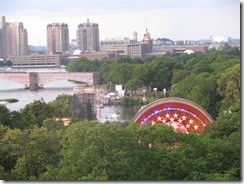 And did I mention that the roof deck party also provided a ringside seat from which to see the huge fireworks display? Although there’s no way that a camera (and especially one that is manned by an amateur photographer like me) can capture the awe of a great fireworks display, even my basic pictures provide a much better view of the spectacle than would be possible with words. 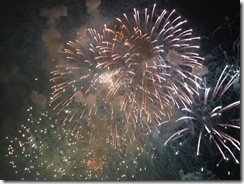 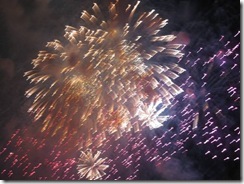 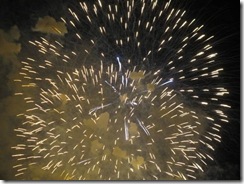 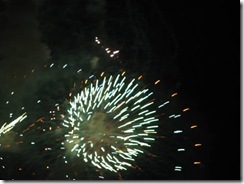 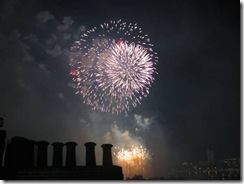 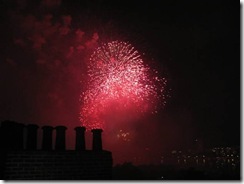 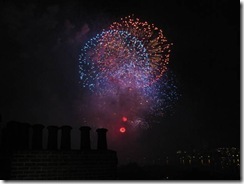 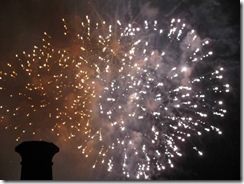 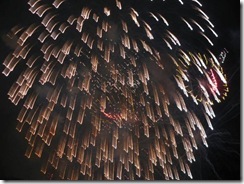 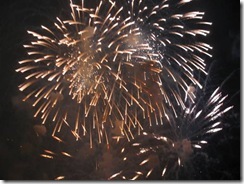 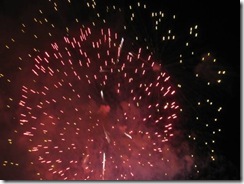 There is not much left to say–except to profoundly thank Linda for our wonderful hospitality and to re-invite her, and all our other Boston friends to visit us in San Francisco.