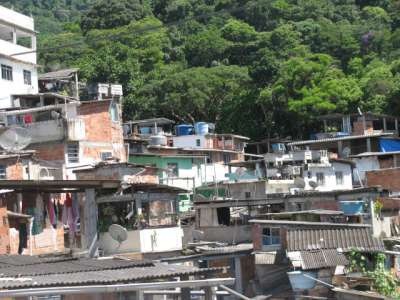 Marcelo Armstrong believes that his city’s favelas get a bad rap, as dens of dire poverty, drug usage and gang violence. So, back in1992, he created his Favela Tour to help demystify and humanize favelas and show locals and tourists alike that favelas, while poor and suffering from often violent crimes, are generally communities of good, hard-working families.

Rio has more than 100 favelas, housing about 20% of the city’s population. Some, such as Rocinha are huge, with more than 70,000 residents. Others, like Vila Canoas, are quite small, with only 3,000. All, however, we’re created in much the same way, when low-income individuals (often people who worked in a construction-related trades) began building houses on public land in the mountains (with the views) above the lower areas in which more affluent people lived. 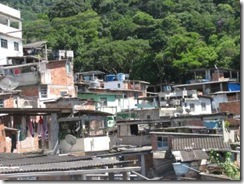 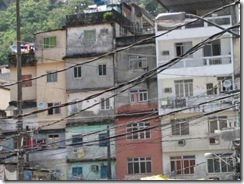 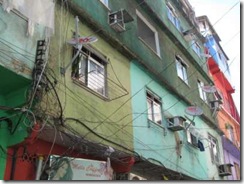 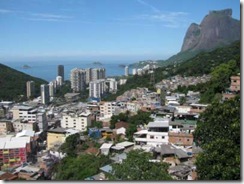 Most homes are built, one atop another, and continually expanded with little concern for building standards or fear of government inspections. They are built and expand as space permits, often relying on steep stairways for access and sometimes impinging on and making alleys and stairways almost impassible. Many are windowless and some barely have doors. 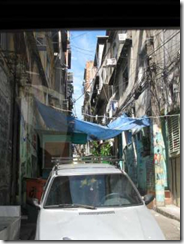 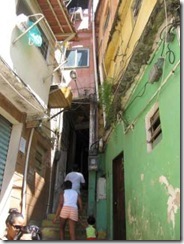 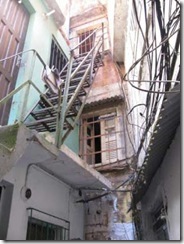 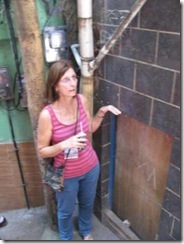 Electricity and phone service is sometimes obtained illegally, as by tapping into nearby lines. Most often dwellings are very small (typically a small one bedroom for a family with several children), are difficult to access and look pretty slapdash. Many, however, are treated with tender loving care. They are often painted with lively colors, some have murals and a few find room for gardens or even cheery playgrounds. 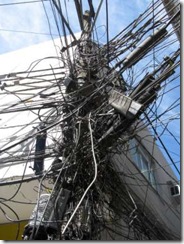 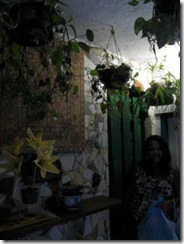 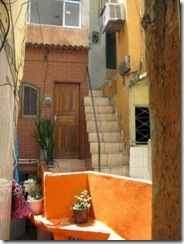 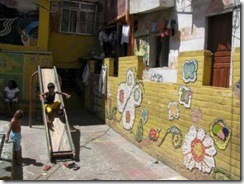 And since the police generally stayed out of these areas, drug lords often took control, ruling by fear and inducing poor children, with few educational or career prospects, into lives of crime. As these drug lords became richer and more powerful, some bought influence over local officials, ensuring continued free rein. The city, however, is trying to regain control. It is increasingly investing in new community centers and sports facilities and the police department is engaged in a number of high-profile and by some measures, relatively successful efforts to neutralize gangs and encourage inhabitants to work with the police to safeguard their neighborhoods. Still, even the most recovered of favelas still sport remnants of gang tags. 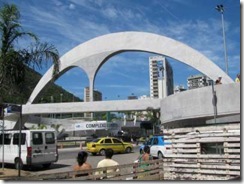 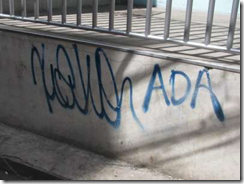 Over the last several years, however, the government has moved away from its approach of “benign neglect” to build community centers, clinics and sports facilities in these neighborhoods. The government has increasingly launched new development programs and increased funding, such as with a recent $800 million Real (roughly $450 million U.S.) investment in water and infrastructure, another in local clinics and hospitals and another to provide free Wi-Fi access. All children (and also adults) have free access to public education through high schools (although public schools are, admittedly, not very good) and those who are accepted now get free access to public universities (with lower-income applicants now having access to half of available spaces).

Then, beginning last November, the city initiated “pacification” programs in which police airdropped thousands of pamphlets into particularly violent favelas, notifying residents of plans to do comprehensive seeps of the areas and promised to dramatically increase police protection and add other services. They encouraged residents to call anonymous tip times to report identities and locations of drug dealers (with one resulting in the capture of one of the most powerful drug lords in the city. They made good on their promises and have, at least from what we were told, cleared some of the worst areas. They even offered to forgive those non-violent, low-level dealers and offered help in getting them legitimate jobs, in fields such as construction.

With all these changes, agreeing number of favela residents, many of whom already have jobs in more wealthy parts of the city, are opening businesses in their own communities and many of those who could afford to move, are now remaining in their neighborhoods. These neighborhoods are also increasingly becoming true communities, many with their own newspapers, CATV channels and local banks. Each also has its own local artists and bars where people meet and party. 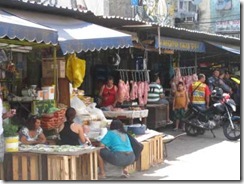 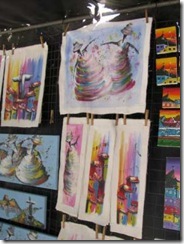 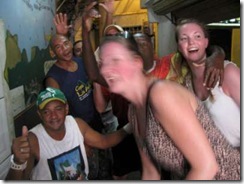