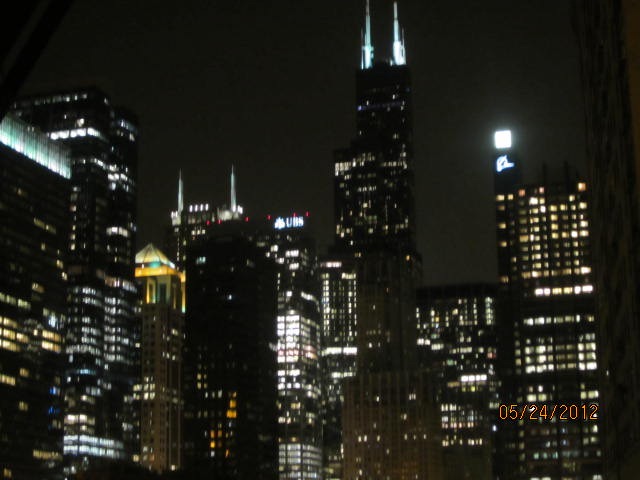 We certainly love walking and exploring the art and architecture of downtown Chicago. But, while we typically spend most of our Chicago time in the downtown area, we lived in the Lincoln Park midtown neighborhood (roughly 1600 to 3200 north) and spend much time in, and usually stay in hotels near North Michigan Avenue (roughly 500 to 1000 north) and the Near North (roughly 1000 to 1600 north).

There is also a lot to do in these neighborhoods. They have great architecture, the largest zoo in the city, a zoo, a conservatory, the city’s best beaches and a huge range of hotels, restaurants, theaters, lounges and nightclubs. And don’t forget shopping—North Michigan Avenue, aka “The Miracle Mile,” along with Near North’s Oak Street, comprise the city’s premier shopping area. So, when we return to the city, we always spend much of our time walking, eating, drinking and otherwise enjoying these areas. Following are some of our favorites.

North Michigan Avenue is always a great walk—even if you have no interest in shopping. The street is lined with interesting stores, filled with people, and the areas between the sidewalks and street are nicely landscaped and, in the spring and summer, planted with flowers. The areas just to the east and west of North Michigan have some of the cities nicest and highest price residences and hotels, as well as hundreds of restaurants, catering to every taste, mood and wallet.

But rather than try to even mention the area’s many highlights, I am just going to mention two of our favorite spots—places we visit at least once, and sometimes twice each trip.

The first is the John Hancock tower, which had considered the most beautiful (although now with the Trump Tower, probably the second most beautiful) of Chicago’s mega-towers (taller than the Empire State Building’s 1454 feet). One of the things that makes it so beautiful to us is the Signature Lounge on—and especially the views from–the 96th floor. Although it is perpetually packed in evenings, once you know how, you can usually maneuver your way into a table with one of the preferred views (a window table on the southwest corner, followed by the south side, north side and west side). Or, you can miss some of the crowd, and get a better perspective on the city by visiting in the afternoon, rather than at night. Or, better yet, since the atmosphere and the views are so different, it is even better to go twice!

But, while Michigan Avenue and the Signature Lounge are usually crowded, you do not have to walk very far for total tranquility. Almost directly across Michigan Avenue from the Hancock, you will find the Fourth Presbyterian Church. But you don’t have to enter to pray for tranquility. All you have to do is enter the pretty and tranquil courtyard. You will usually be the only one there. 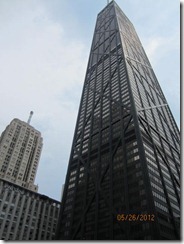 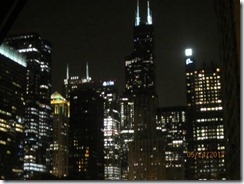 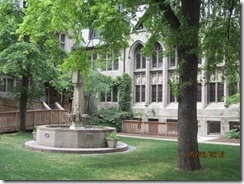 Although the Michigan Avenue and an area about a block to the west is loaded with galleries that carry art from brand-name artists, you can head a bit further west, to an area around Huron and especially Superior Streets (by Wells and Franklin Streets), to find wall-to-wall galleries with more edgy art from contemporary artists.

Near North has always been one of the City’s hottest neighborhoods. Oak Street has some of the city’s premier retail stores, Rush and Division streets are packed with popular nightclubs, bars and casual restaurants, many of which offer al fresco dining. (two of our favorite spots are the Back Room (a music club with live Jazz, Blues, R&B and Motown) and The Lodge (a casual, friendly bar with 60s and 70s music and free peanuts).

But, once you cross Division Street, everything changes. You are suddenly into a lovely, quiet (not to speak of expensive), roughly 24-square block neighborhood filled with charming early 20th century homes. While most have been sub-divided into condos, a surprising number remain as single-family homes. In fact, were it not for the unfortunate proliferation of standard high-rise condos, it could be a model neighborhood. 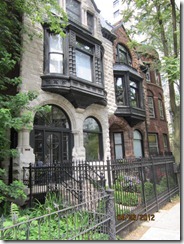 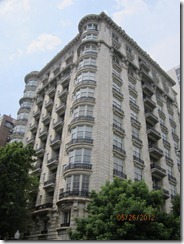 And, if you need relief from the heat of a Chicago summer, a two or three block walk will take you to Oak Street Beach, a tiny, sandy gem sandwiched between the luxury of North Michigan Avenue and Lakeshore Drive towers and a peninsula that houses one of the city’s water filtration facilities. 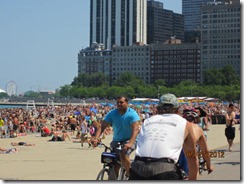 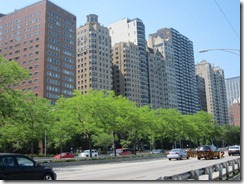