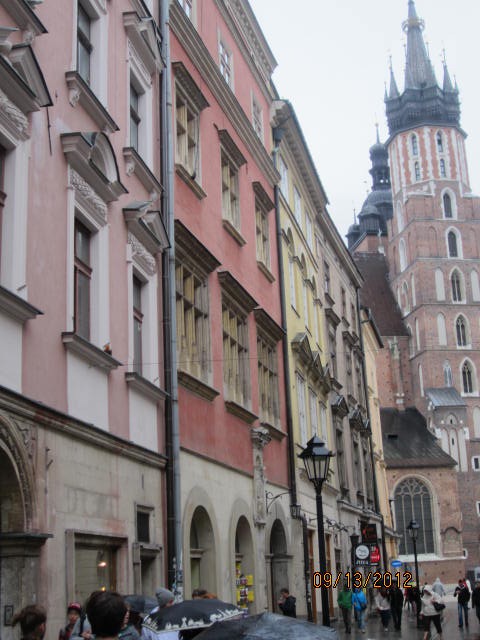 Krakow Poland is one of those charming, relatively small old Eastern European cities whose structures escaped World War II relatively intact. It is also one of the cleanest and most friendly cities that we have ever visited and increasingly, a challenger to Prague as Eastern Europe’s most popular fun city. 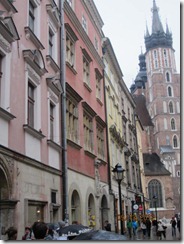 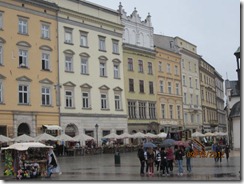 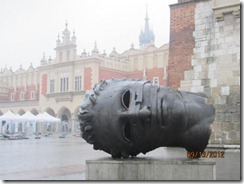 But, for all the beauty and current light-heartedness of this tourist mecca, the psyche of the city, not to speak of the majority of its large Jewish population, were devastated by five years of Nazi occupation, followed by a somewhat less brutal, but still deeply scarring 40+-year occupation by the Soviets. 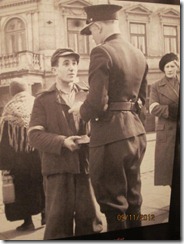 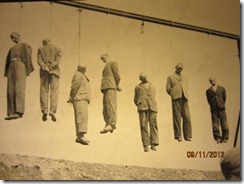 We although we had some time to explore the historic downtown and the Jewish quarter of the town on our own, we learned far more through a series of three wonderful tours by FreeWalkingTour.com. We, in fact, did three of their tours: One focused on the historic Old Town, one on the Jewish Quarter and one that focused specifically on the city’s World War II Museum.

Old Town Krakow is built around the Main Market Square, the oldest and largest medieval square in Europe, with its central ClothMarket (now filled with tourist stalls), lovely St. Mary’s church, old Town Hall Tower. The Square, and the streets that radiate from it, are filled with gracious, nicely restored old buildings, which are now house all manner of restaurants, shops and clubs. And all through the street, you see beautifully restored horse-drawn carriages that provide tours for those who prefer to leave the walking to others. 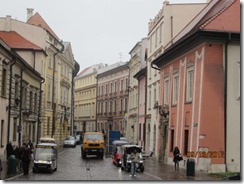 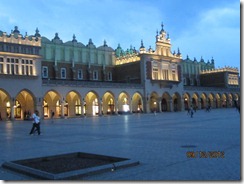 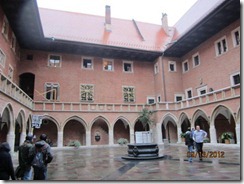 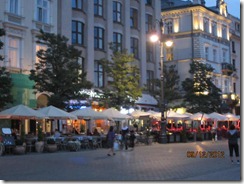 The tour examined the central commercial segment of the city, the small remaining segment of the old city wall (most of which has replaced by a park that now encircles the Old Town), the oldest of the city’s many universities (students now account for about 20% of the population) and the place where John Paul II captivated the city, while simultaneously giving its residents a chance to frustrate Communist leaders’ efforts to minimize the turnout. The tour ended at the beautiful Wawel Castle and Cathedral, with its many chapels built by a succession of kings looking to outdo their predecessors. 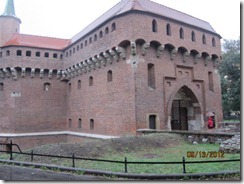 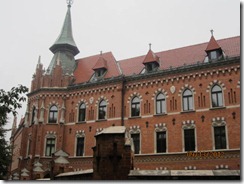 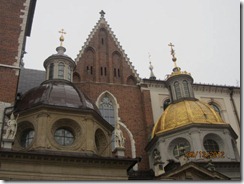 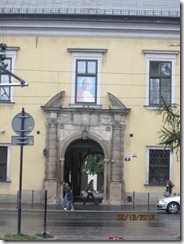 But while the tour briefly discussed the buildings, it’s real focus is on the history of Krakow (beginning with its founding in 966), its role in Polish and East European history and of the country’s almost continuous state of occupation, punctuated with its 14th-16th-century reign as a regional power and its brief, pioneering, but ultimately doomed early experiment with "Noble Democracy" in which each of its hundreds of Noblemen had a virtual veto over any government action.

Jewish Krakow tour takes in the entire Jewish quarter, explaining and showing a few of the remaining sites from the WWII period, including a number of historic synagogues, the old Jewish cemetery and a site that is now home to a moving memorial. We also had time for learning some of the fun stuff going on in the quarter, such as a major annual Jewish Cultural Festival and Plac Novy, the square that has become the center of the city’s young nightlife. And for a bit of entertainment trivial, we learned that many of the bars are designed and named after themes. There is, for example, Singer (with tables made out of old sewing machine stands), the La Habana and Propaganda Bar and, for the more literary-inclined, the Hamlet. 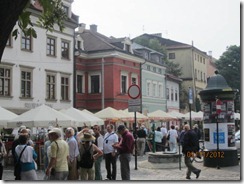 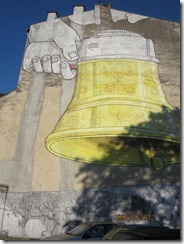 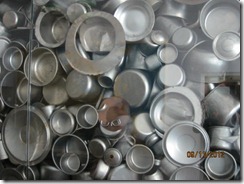 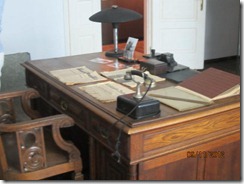 Krakow’s Wartime Museum begins by profiling the city–its buildings, its people, and its culture–in the late 1930s, just before the hints of war. It traced the history of Krakow’s attempts to arm and defend itself against an anticipated invasion, the rapid Nazi conquest and the ways in which German soldiers tried to "integrate" themselves into the city and rename streets and landmarks. It vividly takes visitors through the entire occupation period, including the horrors of the "selections” and relocations to the concentration and death camps, the efforts of the resistance and the ways in which ordinary citizens were forced to cope with the difficulties, uncertainties and occasional terrors of occupation. 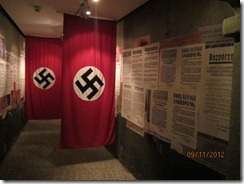 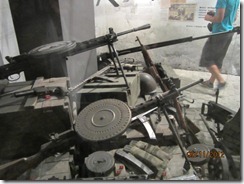 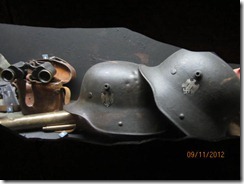 While the history was fascinating, one does not live on history alone. Since we were still full from overindulging on the flight and in the airport lounges on the way to Krakow, we couldn’t face a full meal. So we opted for a taste of one of Eastern Europe’s favorite comfort foods—pierogi.

We did, however, have the time and the appetite for two larger meals at fine dining restaurants: the regionally renowned Wesele and it’s sister restaurant, Marmolade:

Although our first night in Krakow, after 17 hours of all night flying, required an early return to our hotel; the comfortable, spacious and very hospitable Crystal Suites Old Town, which is located in a residential area a ten minute walk from Market Square.

By our second night, however, we were ready to explore some of the bars we discovered on our previous day’s walk around Plac Novy. Although the Wednesday night crowd was a bit thin, some of the bars—not to speak of the ever-popular Zapiekanki (half loaves of bread served with a choice of toppings) stands that fill the center of Plac Novy square, were packed. 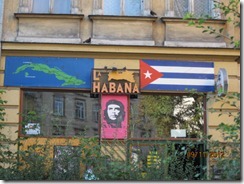 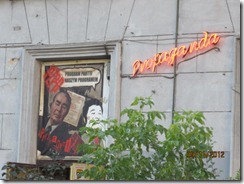 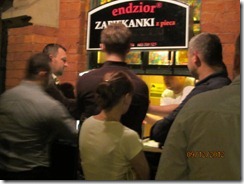 While we were tempted by the crowds and the music, I was drawn to a more quiet bar a couple blocks off the square. This bar, Starka, had its own theme– infused Vodkas. This, however, required a choice: Cranberry, pear, peach, raspberry, rowan berry (whatever that is), ginger or something a bit more exotic, like herb and honey or even horseradish!

I decided to play it safe, with a raspberry (wonderfully sweet), followed with a pear (somewhat less compelling), chased with one more raspberry. But just as we (or should I say me) were preparing to stagger home, the server brought out two complementary shots that were not on the menu–a cherry vodka (somewhat too syrupy for me) and a much more interesting walnut vodka.

After all that, not to speak of splitting a bottle of wine for dinner, I had no need for a sleeping pill to adapt to our seven-hour time zone shift.