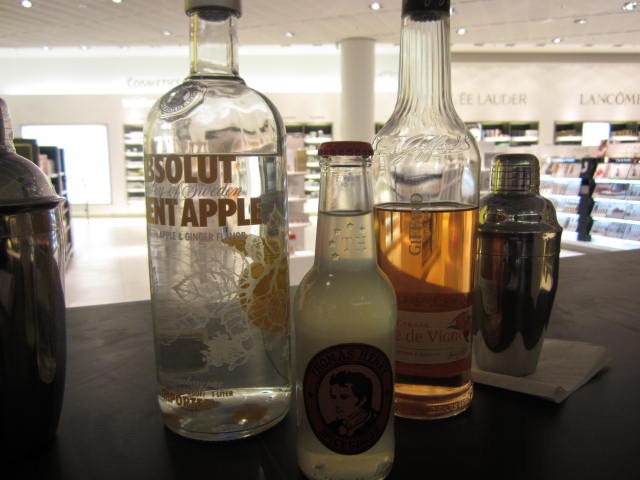 Putting on fragrance used to be a right of passage, Your Mother always wore it, school girls and boys wore it, and when anyone went to France, they always came back with it (those were in the days when you could carry liquids in your carry-ons).  You bought and received fragrance for Christmas or birthday presents presents. But in recent years, fragrances started going out of favor. Although some people still douse themselves heavily with the fumes, perfume is becoming more of a pariah. Restaurants have no fragrance sections. Offices have no fragrance policies. Maybe someday airlines will ban it.

I don’t know the sales numbers for scents, but I assume they have been going down. You still see a lot of perfume in stores but if people are wearing scents, they seem to be toning them down and wearing less. As any marketing major is taught, if your product is losing sales, you need to figure out a way to reinvent the product to stimulate sales.

I don’t know if it is stimulating fragrance sales or not, but while passing through the Frankfurt Germany airport on a recent trip, we saw once such reinvention. A store selling duty-free liquor and perfume paired the 2 items up to created drinks that smelled like specific perfumes and colognes. You smelled a perfume than tasted a cocktail, which smelled like the perfume. What an interesting concept. While we didn’t buy anything, I imagine that some people bought the perfume and the liquors to make them as part of their next party.

First up was Valentina. After smelling the perfume, which is supposed to bring to mind a rebellious Italian heiress that is cool, free-minded and careless (hey, don’t blame me, blame the marketing person), we then tasted a cocktail. While we didn’t like the taste as much, it did smell like the perfume.

Next up was Candy, a Prada fragrance named after the seductive and joyful girl who is running wild (who comes up with these things?). The cocktail didn’t taste wild or seductive, but the scent was amazingly the similar to the fragrance.

Last was Luna Rossa, a Prada cologne inspired from the world of extreme sailing, prestige, marine nature and passion for innovation and victory. What does victory small like? 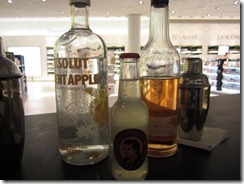 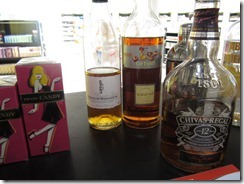 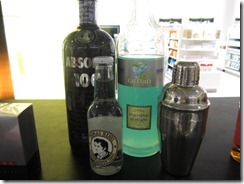 For those of you who want to try this at your next party, here are the recipes

*I converted the amounts from the metric system but have no idea of BS.