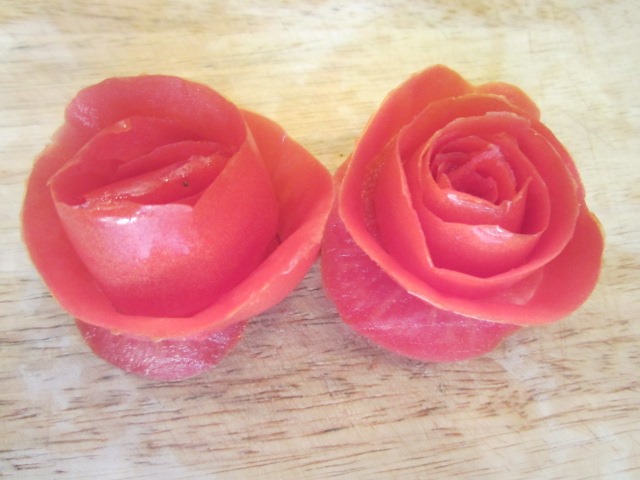 As we love Vietnamese food (especially The Slanted Door in San Francisco) we decided to take yet another cooking class…this time in Vietnam. This three-hour course, provided  by Hidden Hanoi, the same company that we used to tour around Hanoi,  had four of us cooking four different dishes for lunch. Fresh spring rolls with shrimp and pineapple (a very interesting change from the rather plain rolls we made previously); green papaya salad (one of the better ones we had); sour fish soup (only okay–probably because Tom was responsible for making the soup…not really Tom’s fault but he’s the one that wrote this sentence in); and sweet and sour shrimp with tomato sauce (also very good–probably because Joyce made it..again, Tom wrote this). We followed up with pomelo and mango which we dipped in an interesting mixture of salt and chili powder.

Although the class was well organized and fun, it had somewhat less educational value than some of our other cooking classes. One reason is that while we did a lot of the prep, the instructor’s assistants pulled some of the ingredients together and cooked them. Another, is that since we were each working on our own dishes, we didn’t have much chance to see, much less experience, how to prepare the other dishes ourselves. While it wasn’t our favorite cooking class, it was interesting, and we had some very good food. Of course, we also now have the receipts too and may inflict them on our next dinner guests. 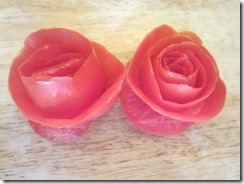 Our restaurants focused on Vietnamese food. Quelle Surprise. They are listed in generally declining order, from the one we enjoyed most to the ones we enjoyed least. What’s interesting is that the most expensive restaurants were our least favorite ones.

On our last trip to Hanoi, we stayed at the beautiful and elegant Sofitel Metropole hotel in the French Quarter. While we would have loved to stay there again, the rates were now in the nose-bleed range. Plus we wanted to stay closer to the Old Quarter. The Essence Hotel met our criteria. And because we booked the hotel directly, we had free laundry service and a free mini bar that was replenished each day. While the snicker’s bars and potato chips can be deadly to the waist, they sure were good! The room was very clean and comfortable. The only strange thing was the way the bathtub was enclosed by a glass partition, that left a 2 inch gap between the tub/shower area and the room. It was a magnet for water from the shower head. Plus the shower would not hold a constant water temperature. Still, don’t that let dissuade you from staying here. The staff was incredible. They even escorted Joyce to a hair salon a few blocks away and helped her explain what she wanted done. And they escorted Tom to a pharmacy to help him buy bandages. Plus, they hit 100% on all of their recommendations for restaurants. No, it is not the Sofitel, but you won’t get the personal touch at the Sofitel that you get here. So go to the Sofitel to pay lots of money for a drink, but stay at the Essence hotel.