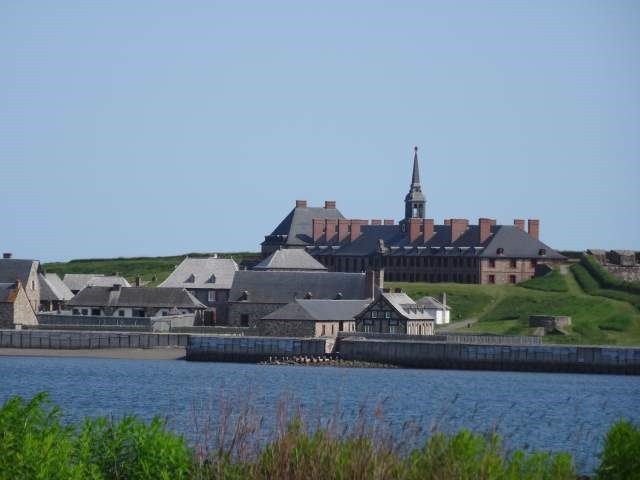 The town of Louisbourg is notable primarily as the 18th-century site of the largest (4,000 to 5,000 people on almost 15,000 acres) French military fortress and thriving fishing town on the Atlantic coast. (A fortress, as we learned is a military base that includes a town within its walls.)

The Fortress of Louisbourg served as a naval base, a fishing and trading center, a regional capital and a base for French privateers, before being captured by a New England force in 1745, returned to the French and then captured and demolished by the British in 1758. 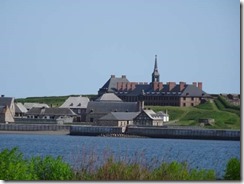 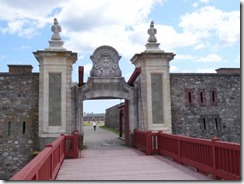 The current site is a reconstruction of about a quarter of the original fortress–the largest historical reconstruction in North America. Buildings include everything from basic fisherman’s houses to the lavishly furnished Kings bastion, one of the largest buildings in the Western Hemisphere at the time. There are also soldier’s barracks, shops, storehouses and a number of middle-class and merchant homes. 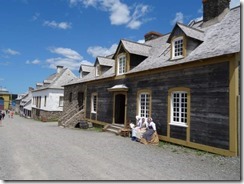 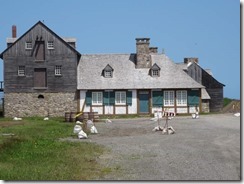 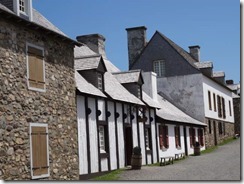 Most of the buildings are either furnished with period furniture and furnishings or have descriptive exhibits, such as one that had a detailed explanation of construction techniques and tools and another describing a school that was run for girls (boys or girls from more affluent families were sent back to France for their educations). And for those looking for a bite to eat, there is a choice of “upper-class” and “working-class” restaurants and a bakery, all offering food similar to that available in the 18th century. 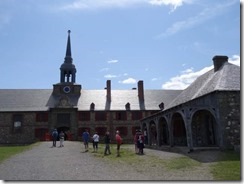 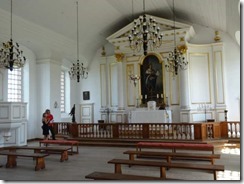 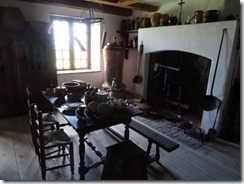 While you can learn much of life in French Louisbourg from the exhibits alone, you can learn much more from very knowledgeable costumed guides who are stationed in many buildings and walking the streets. For a comprehensive view, however, a walking tour of the fortress is tough to beat. 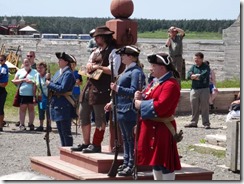 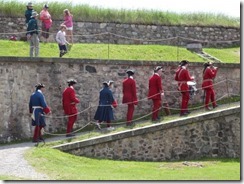 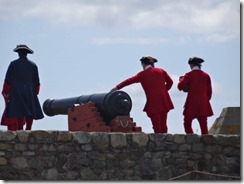 We learned, for example, how Louisbourg was established as a fishing (especially cod) community, the strategic significance of the base, how soldiers were recruited to the New World on the basis of blatantly false promises and how their low status (above slaves, but below servants) and low pay led to such bad morale and how that–combined with a surprise land attack–contributed to the fortresses two defeats, and then there was the city administrator, the second highest ranking person in the colony (after the governor) led such a lavash lifestyle on the basis of embezzled money.

We also learned that the French prohibited Louisbourg and its colonies from engaging in manufacturing: first to ensure favorable, mercantilist terms of trade. Under these terms, colonies provided raw materials and France provided high-value manufactured goods. They also helped ensure that the colonies remained dependent on the mother country and were less likely to rebel and seek their independence.

And then theirs are the special education and entertainment programs and the broad range of activities available for children, Overall, a very high-quality recreation of part of Nova Scotia’s heritage, a valuable learning opportunity and a professional and engaged staff.

And since we were in town, we also made brief stop sat two of the town’s other historical sites: 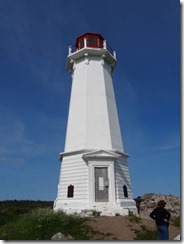 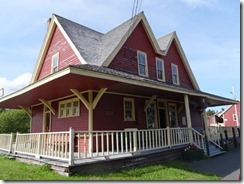 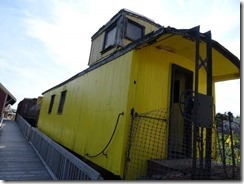 We stayed at Cranberry Cove, a beautifully restored Victorian Inn. We had a very pretty and comfortable room within walking distance of dinner and the evening’s entertainment. The bed and pillow were very comfortable. The room had a large sitting area. Breakfast includes eggs benedict (very good), fruit, and cereal…all very good. 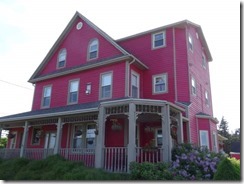 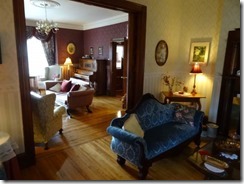 Our one dinner in Louisbourg was at the packed Lobster Kettle restaurant, which specializes in, guess what, lobster along with other local seafood. We remained with our consistent lobster theme, with a twist. We began with a lobster poutine (French fries floating in cream sauce and topped with melted cheese, with lobster body and leg meat tossed on top. Then, since the restaurant offers only chicken lobsters (these are 1 pound lobsters), we had combination dinners–a lobster with half a snow crab. The crab, not to speak of the poutine, more than made up for the small lobster. Dinner, however, was much more expensive than Le Gabriel.

And by the time we arrived in Louisbourg, we had become accustomed to evening musical performances, our inn highly recommended the duo playing at the Louisbourg Playhouse, so we gave it a try. The Duo, Laurel Martell and Arron Lewis were something of an unusual combo, rotating in singing songs of their own choosing, accompanied by Lewis’s keyboard. Tom really enjoyed Lewis, who had a wonderful voice, was excellent in the keyboard and played music more to his taste (country and western, The Eagles, a few old rock songs and especially, two of his own compositions). Martel, meanwhile, also had a great singing voice. She, however, was as cloying as much of her music, especially that from her favorite performer, Karen Carpenter. Overall, however, it was almost putting up with Martel for the privilege of hearing Lewis.