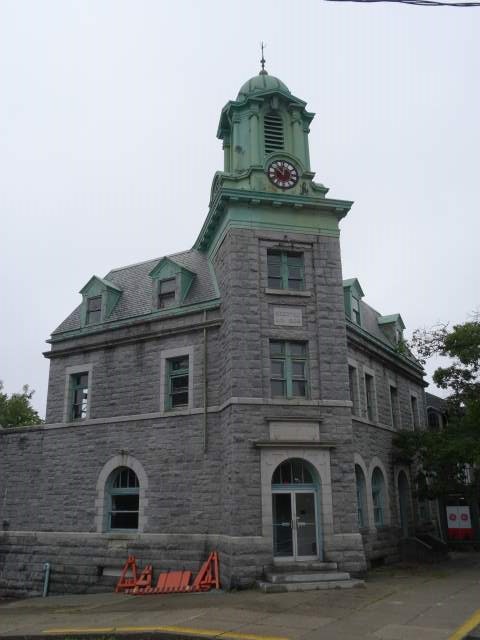 Shelbourne, on Nova Scotia’s southeast coast, was an 18th- and 19th-century shipbuilding center that was founded in 1783. It grew to 10,000 people within a year, primarily due to British loyalists who fled America after the Revolution. It eventually grew larger than Montreal and Quebec before the British-run Canadian government stopped providing free land and provisions to the loyalists and as the land became too populated to be sustained by the local agriculture output.

The town prospered around its shipbuilding industry, building everything from oceangoing vessels to schooners and dories. While its role in building large ships was diminished by Massachusetts-based competitors building fast Clipper ships (especially, ironically, by the Shelburne-trained shipbuilder Donald MacKay), it continued producing smaller boats, including some trophy-winning yachts into the 20th century.

Although the city’s population has declined to less than 2,000, a number of historic waterfront (including some of the old shipbuilding, barrel-building and warehouse) and commercial center buildings have been restored. 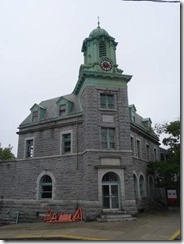 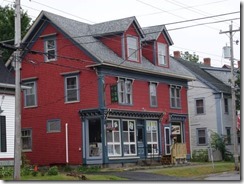 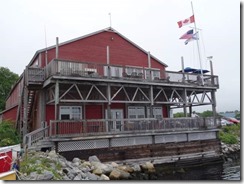 The area also attracted about 2,000 black loyalists, especially those who escaped their owners to support British troops (typically in support capacities, such as guides, cooks, tailors, and so forth), in return for a promise of freedom. After the war, they accompanies the British to Canada and, while they weren’t welcomed in Shelburne, they founded the nearby Birchtown, which was then the largest free black settlement outside Africa.

Their history is portrayed in Birchtown’s Black Loyalist Heritage Centre. It provides a timeline of the black experience in the province, describes the discrimination and privations they suffered, shows a number of artifacts (clothing, kitchenware and chains) and provides profiles of a number of them and has a glass floor over an archeological site. It also has a digital copy of the “Book of Negroes” which provides the names of the blacks, their previous owners, the date and name of the ship in which they arrived, their status and other information. The museum also includes a renovated, 1830 one-room black schoolhouse and most poignantly a reconstructed pit house; a hole dug into the ground with a roof made of tree branches–the only homes that many could afford!