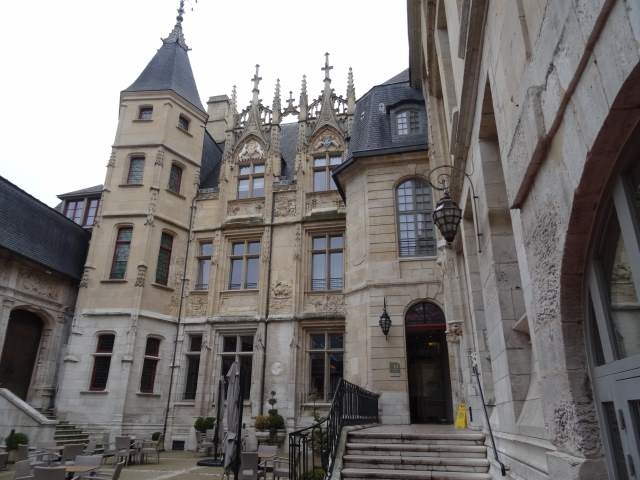 Although we have been to France many times, we have never explored the Normandy area. Of course, what first comes  to mind (at least my mind) when thinking about the area is World War II. Well, we are off to a 3 month trip to Europe and decided to make Normandy our first stop, to see the area, to learn more about what happened during the war, and what has happened since the war in the area. After all, Normandy is about more than WWII

After an all-day, all-night flight from San Francisco into Paris’s Charles de Gaulle airport, we picked up a car and made the fairly easy two-plus hour drive to Rouen, Normandy’s largest city.

Our first stop was our hotel, the Hotel de Bourgtheroulde, part of the Autograph Hotel Collection (and managed by Marriot—but don’t let that stop you from staying there) at 15 Place de la Pucelle, Rouen. The beautiful early-Renaissance mansion that has been converted into a hotel, along with two historic carved murals in its courtyard, is a National Historic Monument and seemed to be on the list of every tourist in the area to stop by to look at its beautiful outside.  It was what our sleep-deprived bodies needed: very comfortable rooms, excellent service and a wonderful location on Saint Joan d’Arc Plaza, where the rebel/martyr/saint was burned at the stake—a spot commemorated by a cross and the Saint-Joan d’Arc Church, whose roofline is intended to evoke the flames in which she died. And yes, in spite of Joyce’s desire to never pay for parking, we paid to have the car valet parked behind the hotel. It was very easy to walk through the rest of historic Rouen from there. 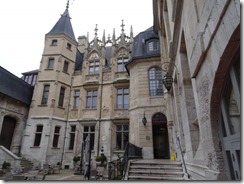 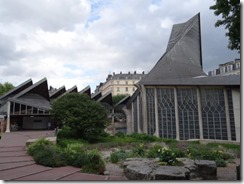 The city, whose streets are lined with historic (not to speak of scenic) half-timber buildings, also has its share of grand, historic Gothic structures. 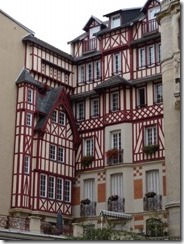 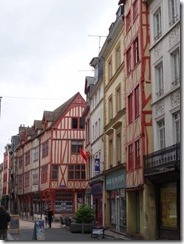 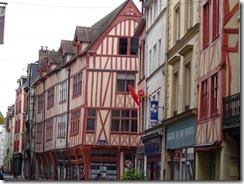 Three of the historic buildings in particular, are city landmarks, and in the case of one, national landmark. These are: 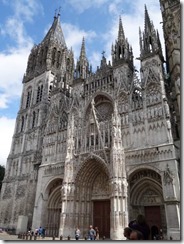 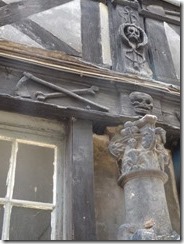 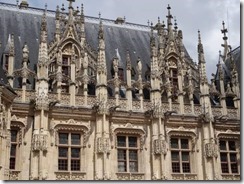 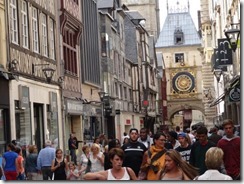 We also made one museum stop:

We had time for only one lunch and one dinner in this beautiful town.