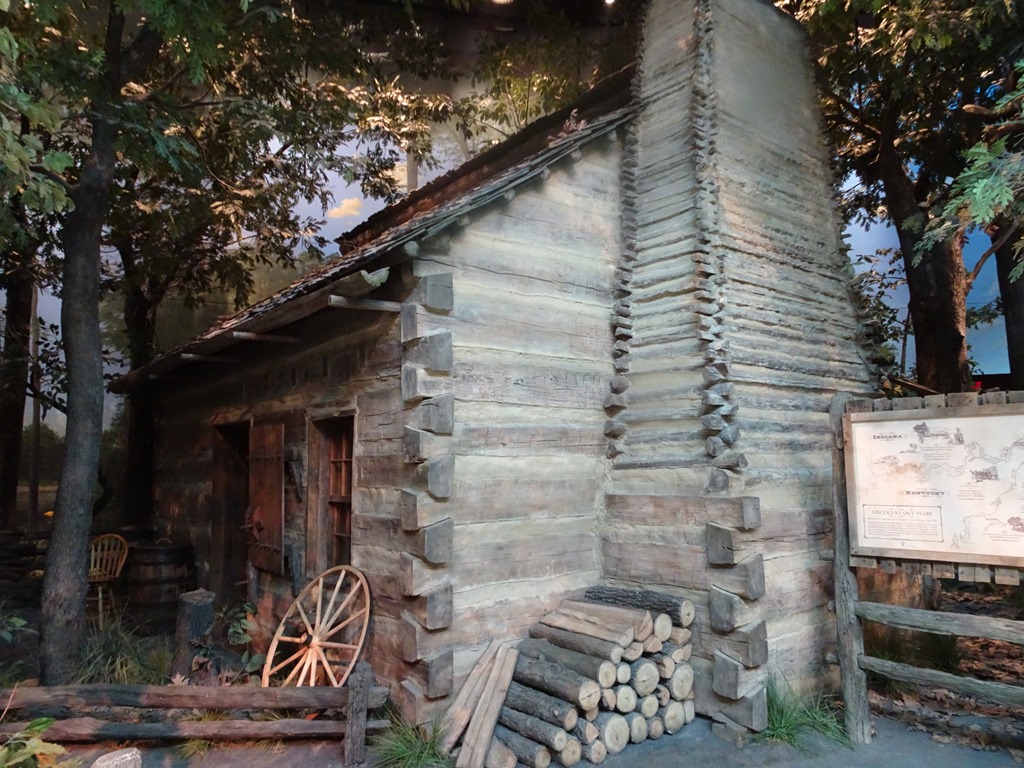 Despite having lived in Chicago, Illinois for five years in the 1970s, and having visited the city every two or three years since, we have never been to Springfield Illinois. We committed to overcoming this gap in our travels on a recent trip to the area by driving between Louisville and Chicago. The primary reason for our visit was to explore the legacy of Abraham Lincoln via visits to the Lincoln Museum and his home from 1844 to 1860 when he left for the White House.

This nicely laid-out and professionally presented exhibit traces Lincoln’s life from his birth in a rural Kentucky log cabin through his personal life and career, his presidency and assassination. The museum, unlike the case with other presidential museums we had visited, was heavy on displays, reproductions and live and animated movie, and relatively light on text. The displays were vivid, such as the scene of his cabin, his store, and especially his law office (complete with his unruly younger sons running across his desk, spilling ink and throwing papers around) and elaborate (such as that of his funeral). The movie, meanwhile, was elaborate, complete with shaking seats and smoke to accentuate battle scenes and his assassination. Textual explanations and detailed explanations of his actions, meanwhile, were relatively sparse. 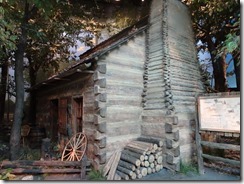 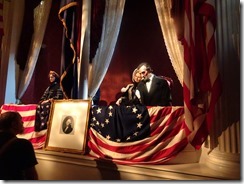 Although the museum did not provide as much of a learning experience as other presidential libraries we have visited, it did provide a very high-level introduction to Lincoln, his presidency and the civil war. Most importantly, it also appear to engage many of the children visiting the museum.

This being said, the exhibit did take pains to explain the foundations and depths of Lincolns feelings of the evils of slavery, the controversy surrounding his presidency and the debate over emancipation. It also provided a wonderful four-minute video that condensed each week of the war into a single second to demonstrate the primary battles, how they continually reshaped the borders between confederate and union territory and the rapidly growing number of casualties—a grand total of 702,000 union and 621,000 confederate lives that were lost to the horrific war. 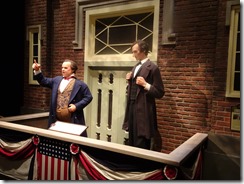 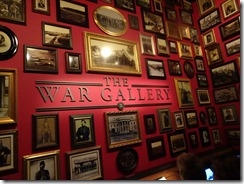 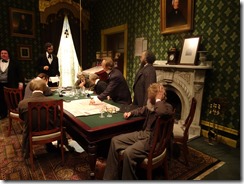 The exhibits also contained a number of items owned by the Lincolns, including Mary’s music box, some of her dresses and most evocatively, one of Lincoln’s three surviving stovepipe hats. 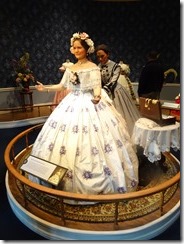 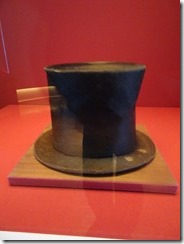 While the museum provided a broad overview of Abraham and Mary’s lives, the beautifully renovated home in which they actually lived—including much of their own furniture and even original wallpaper–provided a much more intimate look into their pre-presidential lives. This home, located in a National Park Service renovated and maintained four square-block parcel of homes that actually existed in the Lincoln’s neighborhood, was owned and significantly upgraded by the Lincolns from 1844 through 1860, when they moved to the White House. It was, in fact, the only home the couple actually owned. 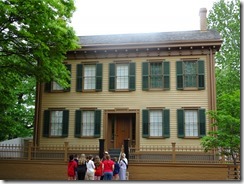 A Park Service guided tour of the home, along with a self-guided tour through the two other homes that are open to the public, provide a compelling portrait of the family and how they lived during the years in which Lincoln practiced law and campaigned for public office. 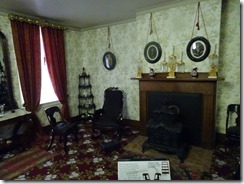 The final two pieces in the Springfield Lincoln tour were the Lincoln-Herndon Law Offices in which he and his partners practiced (a site that is not currently open to the public) and his tomb within the city cemetery. Not much of educational interest, but still, important remnants of the legend’s real life. 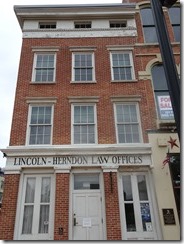 Since we were in downtown Springfield, we also took a quick walk past (but did not enter) some of the city’s other major historic sites. Most important of these are the old and new state capitol buildings and the state’s executive mansion. And, while in the area, it was also worth a couple block detour to see the Frank Lloyd Wright-designed Dana-Thomas House. 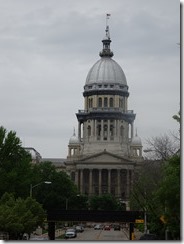 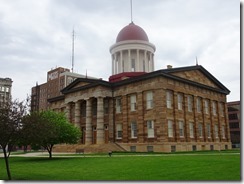 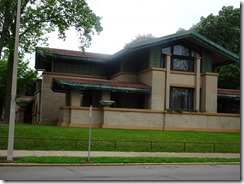 We had two meals in town and two very different experiences:

Saputos is an old-line Italian restaurant where we had two mediocre lunches—a large, but practically meatless slice of lasagna and a decent, but heavily cheese-laden veal parmesan.

Cooper Hawk Restaurant and Winery was more interesting. We shared three dishes from this large menu. The crispy crab beignets and pistachio-crusted grouper were both pretty good. The grilled shrimp with polenta, somewhat less so. We, however, were there as much for the wine as for the food. We began with a sampling of four of the winery’s premium “Lux” wines with a tasting that included a chardonnay (too much oak and ML for our tastes), a light, but interesting tart Pinot Noir, a full-bodied, oaky and moderately tannic Cab with dark fruit and best of all, a rich, fruity, spicy meritage. Overall, a very credible introduction to Illinois wines.