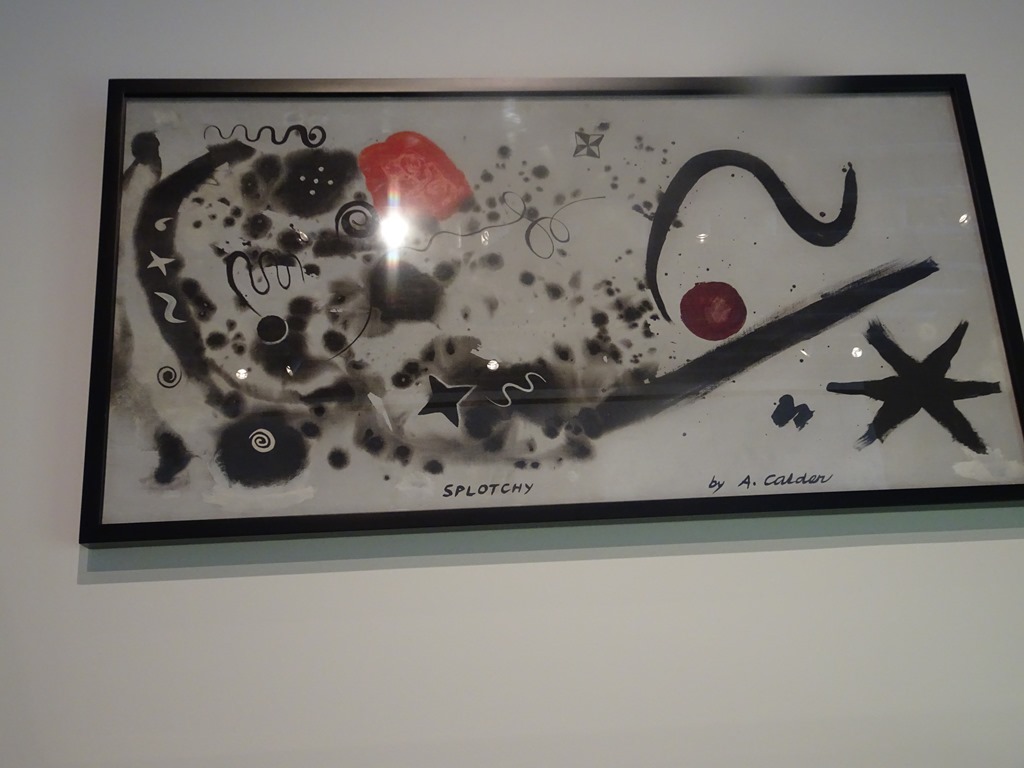 As we left Chicago, we started driving towards Detroit/Dearborn Michigan. On our way was Ann Arbor Michigan. We decided to stop there for an afternoon and evening to see what it had to offer—in addition to sports–since we had never been there and, in all likelihood, would never be that way again.  We had two major stops: the University of Michigan campus and downtown.

Our first and primary stop was at the University’s Museum of Art, a large facility with a moderate-sized collections of most major geographies (especially Africa, Asia, Europe and North America) and period (from China’s Han Dynasty to contemporary American). Although we surveyed the entire museum, we focused primarily on the Chinese, Japanese and Modern American and European collection. We did find some particularly interesting pieces, including Calder’s “Splotch” and an unusual subject for Monet “Breaking up of the Ice”. There were also a few special exhibitions, including one consisting of dozens of a couple dozen Xu Weixin “Monumental Portraits” (roughly 8 feet by 10 feet) of Chinese coal miners, celebrities and leaders (including Mao). 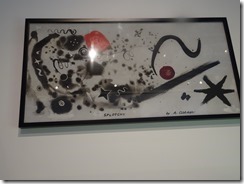 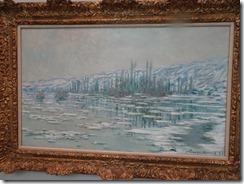 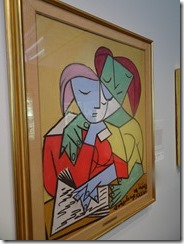 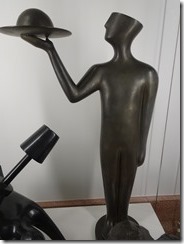 Among our other campus stops were: 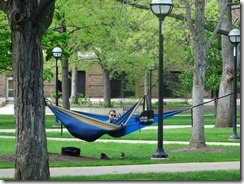 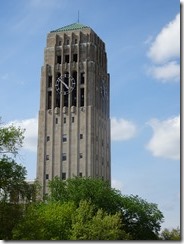 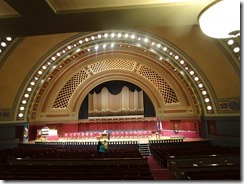 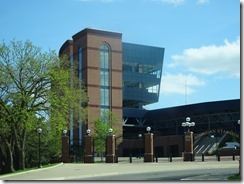 After the campus, we explored the pretty and very lively (especially on Friday evening) downtown area, which is loaded with restaurants, brew pubs, beer gardens, galleries and boutiques. The streets, restaurants, bars and shops were filled with “women’s Night crowds and street entertainers. 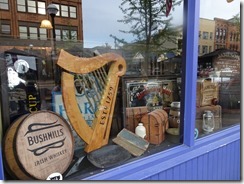 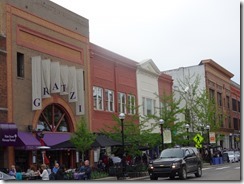 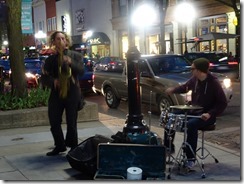 The city demonstrates its quirky side with an informal collection of tiny “Fairy Doors” that have been built into about a dozen of the city’s commercial buildings. These tiny doors, some of which have windows into elaborately designed fairy-sized interiors, are typically about six-inches high and located either on or near the front door of the establishment. (See www.urban-fairies.com for a discussion of and locations of these doors.) 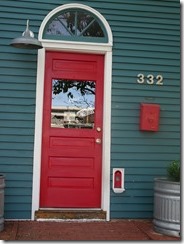 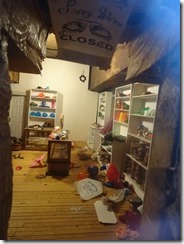 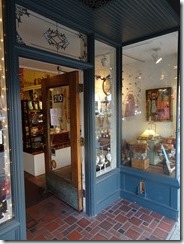 We had only one dinner and we decided to make it at what appeared to be the most popular restaurant in town.

Real Seafood Company specializes in fresh seafood from around the country that, from what we saw and experienced, is rather simply prepared. We had three dishes: steamed littleneck clams in a basic broth, pan-fried Lake Erie perch and the best dish of the evening, a pan-fried softshell crab. Both of these dishes, surprisingly, came without any type of sauce. Service was barely adequate, such as when our server brought our appetizer and the same time as our main courses, and seemed surprised by our reaction. Modestly priced, basically prepared, fresh seafood with a reasonably priced wine list (we had a bottle of Albarino) and mediocre service.