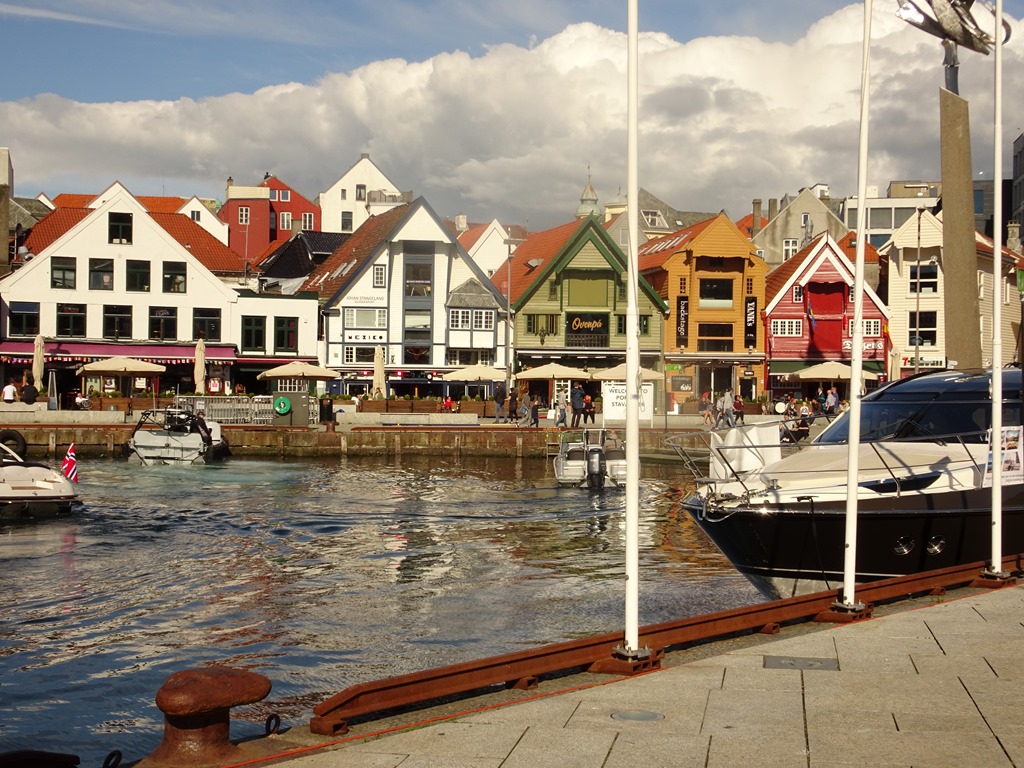 This 19th-century fishing town (brisling herring) was reinvented in the mod-1960s as the center of Norway’s vast oil and gas industry. Originally a major center for emigration out of the country (primarily to the United States) it has since grown into the fourth largest city in the county. The old town has been totally renovated to be somewhat reminiscent of current Cape Cod, Massachusetts with rows of pretty, well- maintained white clapboard houses, aligned curved cobblestone streets, overlooking a harbor that has long-since been taken over by cruise ships.

Although the pleasant, tranquil city, nestled along a small, pretty lake, has something of a heritage feel, it does contain some notable historic buildings, such as the Anglo-Norman style cathedral, the 1850-era watchtower, wharf warehouses, Valand tower and Victorian Hotel. The city center and the particularly popular harbor area, are filled with upscale shops and  sidewalk restaurants, where people congregate to eat as well as to have a drink outside while drinking in the atmosphere. 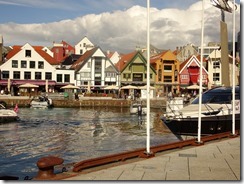 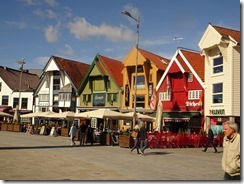 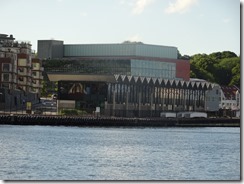 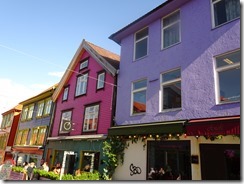 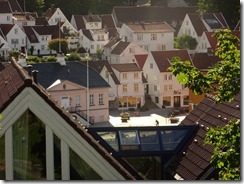 The city also has a few museums, two of which celebrate its past (a maritime and a herring canning museums) and one than celebrates its present (a petroleum museum). The petroleum museum is also surrounded by a nicely “grafittized” playground built around remnants from the industry, including pipes, valves, tanks and floats. 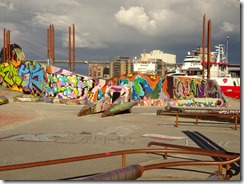 The Maritime Museum explains the origins of the city (with 2,500 people) in 1815 and then zooms forward to 1860 by which time the population had grown to about 24,000 on the basis of herring fishing. Over the next 60 years, the industry expanded to include a broad range of maritime pursuits including the buildings of the ships that would catch the herring and the salting, packing and processing of the fish (to which another museum that we did not visit is devoted). This led to the building and ownership of coastal and international trading ships. By 1870, the city was home to more than 20 shipyards, 10 ropeworks (for producing the huge quantities of rope required by large sailing ships) and a fleet of more than 100 trading vessels engaged in global trade.

By the end of the century, the herring stock had been largely depleted and the steamship marked the beginning of the end for commercial sailing vessels. This led the city into a long state of economic decline and the city’s port took on the role as one of the region’s primary points of embarkation for emigrants looking for a better life in the United States.

The city’s fortunes improved dramatically in the 1970s with the discovery of oil off the Norwegian coast. By then, the city’s few remaining shipbuilders had mastered the construction of state-of-the-art metal ships and were then able to evolve into the building of oil exploration, drilling and transport ships, LNG supertankers and parts of the massive exploration platforms that are now used in the North Sea. The city now serves as one of the major bases for managing and deploying workers for these rigs and as a base for tourism for exploring the region’s many fjords.

The museum shows as well as tells this history. It provides models of all of the primary types of sailing ships that were made in the shipyards and occupied the harbor, the steamships and metal-clad vessels that replaced them and the oil exploration, shipping and tanker ships and the large cruise ships that now ply the region’s waters. It provides examples of how shipmen and especially ship captains and ship owners lived, with detailed models of seaman chests, of captain’s quarters and of a ship owner’s office and home. There were other room size models of a sail loft and a general store from the late 19th century. 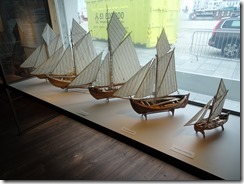 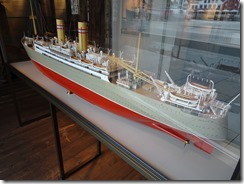 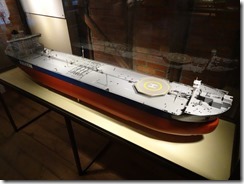 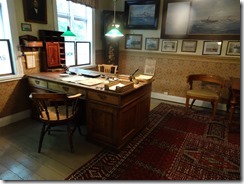 This museum provides an overview of the oil and gas industry with a particular focus on offshore exploration and drilling and the particular perils of performing these functions in the deep, often turbulent waters of the North Sea. It begins with an overview of the creation of the region’s geology and the ways in which dead plankton, embedded in layers of porous clay and compressed by tons of non-porous caprock, created the 12th largest reserve of oil in the world.

The largest section of the museum then provides a history of oil industry in the region and explains the roles of and provides large-scale models of the equipment used—from the drill bits and oil casings, through the many types of exploration and drilling ships, huge offshore drilling and production platforms, and the underwater vehicles that are used to maintain and repair the 24 currently operating rigs. It also briefly explained the one big blow-out suffered in the area, how the environmental effects have been mitigated and the additional precautions that are being taken to minimize the chances for another occurrence.

A separate section provides a representation of a working model of an oil platform, a simulation game that children can use to get a better understanding of its operation and a rather detailed explanation of the roles, the technologies used by and dangers faced by divers who maintain and repair these rigs. It explains the three types of diving (surface, helmet and bell) that are currently used and how they allow workers to spend up to 50 minutes per dive at depths of up to 150 feet. It explains the rigors and dangers of diving and of the decompression process and briefly mentions the use of experimental diving techniques by which divers who spend three weeks in adapting to deep diving pressures can use hot water-heated suits to spend as much as four hours at depths or up to 450 feet.

Just importantly, the museum explains the economic value that oil and gas represents to the citizens of Norway. Although the country has already produced about 44 percent of its total 13.1 billion cubic meters estimated reserves and is past its production peak, it is still pumping about 3 million barrels per day. It employs more than 200,000 people and accounts for 24 percent of the nation’s economy and 31 percent of government revenues. While much of the proceeds of this oil bonanza is already being spent to benefit the citizens, a large portion is being set aside into what is now one of the largest sovereign wealth funds in the world—a fund that will subsidize the country’s citizens after the oil runs out.

Hydrocarbon’s effect on the environment is generally presented as a tradeoff between economic development and a somewhat abstract effect on climate. It justifies Norway’s production of oil and gas on the basis of its oil as being some of the cleanest sources of energy and the world and how that if Norway were to cease production, it would be replaced by even dirtier sources. As for renewable sources, it admits they will play a limited role. But as it takes pains to point out, these sources also impose environmental costs.

Overall, an interesting, albeit shameless glamorization and justification of the hydrocarbon industry. 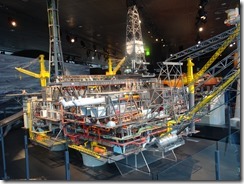 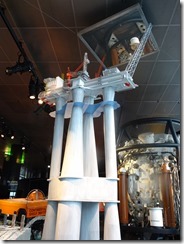 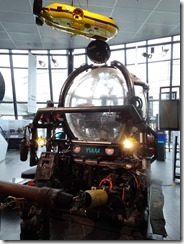 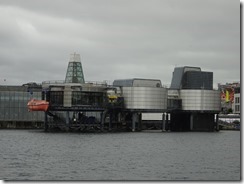