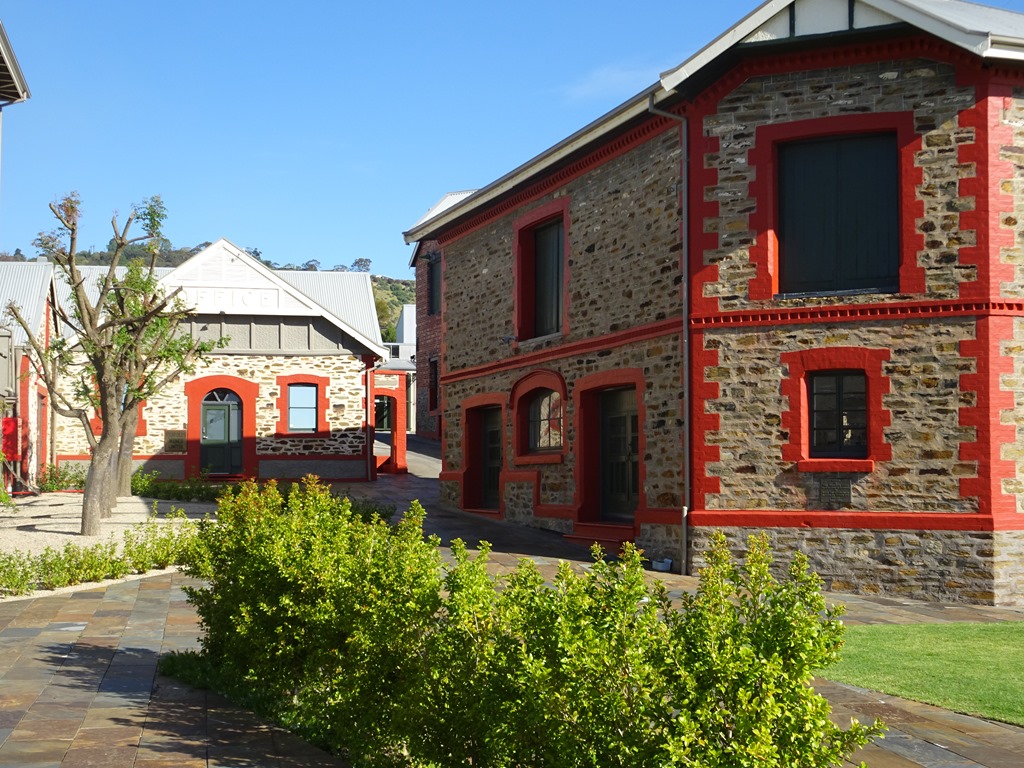 Australia’s Adelaide Hills is a warmer wine region that produces primarily Shiraz (53 percent, to be exact). But the region also produces Cabernet, Pinot Noir and a number of whites, including Sauvignon Blanc, Chardonnay and Riesling.

The large region, which has always been home to a particularly large German population, has a particularly German character in its towns and its restaurants. One especially sees this in the town of Hahndorf, where we spend a night. The vast majority of store names are German and most of the restaurants are either explicitly German or at leaser serve a number of German Specialties.

We stopped at seven different wineries in Adelaide Hills

We stopped at both Penfolds Barossa Valley and Adelaide Hills Cellar Doors (aka, Tasting Rooms). We tasted a total of 12 wines, consisting of many varietals from several neighboring regions. We enjoyed so many of them, it is almost difficult to narrow them done. Overall, however, our absolute favorites were:

We found this wine to be so special that we bought it for one of our New Year Eve wines. Among others that

We also enjoyed a few others:

Did you ever wonder why Penfolds’ wines have Bin numbers? This refers to the location of which bin in which they store that particular wine. Theoretically, a Bin 407, for example, should always have a similar profile year to year. 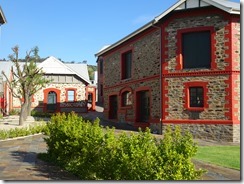 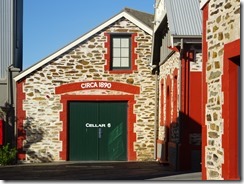 At The Lane Vineyard, we tasted nine nice wines with four particular standouts.

And since we got shut out of all the best of the winery restaurants on a particularly busy Saturday afternoon, we had a very nice cheese plate with our tasting consisting of French brie and blue cheeses, an “Italian” chevre and a washed rind cow’s milk cheese from Southern Australia.

We found three wines at Petaluma Winery that particularly caught our fancy: a

We found two wines at Ashton Hills Vineyard that we liked:

Our favorite at Artwine Winery was the dry, 2016 In the Groove Gruner Veltliner.

Barratt Winery won the week’s award for the prettiest, most relaxing and atmospheric garden in which we tasted and enjoyed its 2012 Uley Vineyard Pinot.

Shaw+Shaw Winery is reputed to have some of the best wines in Adelaide Hills. We, however, were not impressed. We did not enjoy any of the five wines we tasted. We found that the sauvignon blanc was too acidic and grapefruity for our taste, the riesling was overly citrusy, the chardonnay was too oakey, the pinot noir was too austere and the shiraz was too tart and tight. We were also turned off by what we perceive as their formulaic, impersonal approach to tastings. This being said, we, apparently, were in the minority, since the winery was crowded with many others who appeared to enjoy the tasting.

The Haus. Since we weren’t able to do a formal lunch in the area, we had only one dinner in Adelaide Hills, in the town of Hahndorf where we stayed. And since this was in Hahndorf, we ended up, almost by default, at one of the crowded German restaurants. Although we were a bit surprised by having to stand in line to order food at the counter, then in another line to order wine, and then to have to pick up our own utensils, we found the service pleasant and the high-volume food pretty good. We had two dishes: the first was a German grill, which included a giant, double-smoked Kassler pork chop, two sausages (Bratwurst and “Kransky Cheese”, German potatoes, sauerkraut and German mustard (with seeds separate!). The other dish was a “breakfast pizza”, which had double-smoked bacon, free-range egg, semi-dried tomatoes, mushroom, mozzarella, and BBQ sauce. For wine, we had a basic, but serviceable 2012 “The Willows” Barossa Valley Cab.

We stayed at The Manna Of Hahndorf. The hotel is a decent 3 star place. The bed was comfortable, although the blankets and bed cover seemed old and not something you would want next to your face. However, they did look clean. The room had a refrigerator, toaster, hot water pot, and dishes. It was probably the best in town…and, in fact, in any of the surrounding towns,