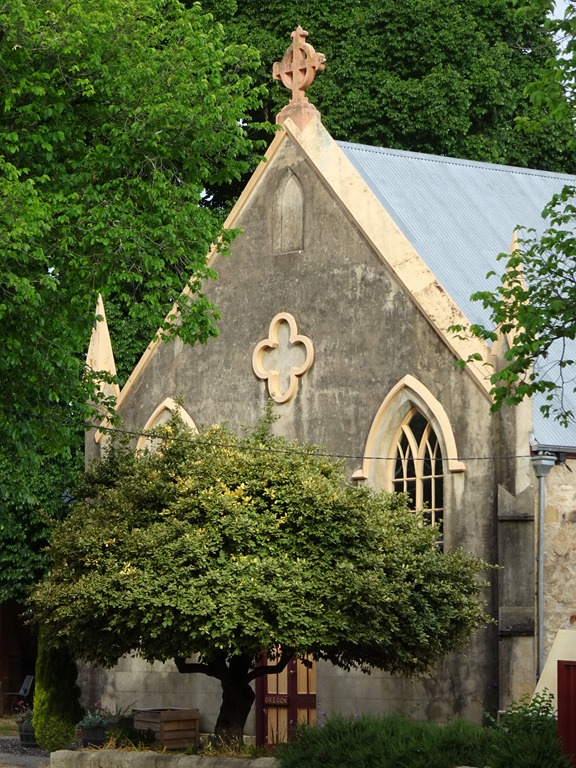 Beechworth is an 1850-era gold mining town (and 21st century wine and tourist town) that was our last stop in Victoria before crossing into the country’s capital of Canberra and the southeaster coastal state of New South Wales. The town, overlooks a gorge and a riverbed with an eight-foot deep, 450 yard “trailrace” (a ditch to carry water to a mining site) that provided enough additional water to allow the miners to extract an additional 6,500 ounces of gold from what would have otherwise been a spent mine. Our primary interest, however, was in the town itself, which is the best preserved of the country’s many gold rush towns. Although much smaller than in its short-lived boom period, it still has its classic 19th-century “Old West” main street and more than 30 National Trust-classified buildings. Among the most notable of these are the Post Office, with its clock and bell tower, Bank of Victoria, the fire station, and Transwells Hotel—the latter at which we had dinner. 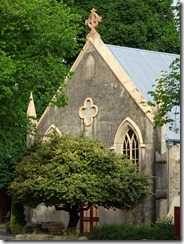 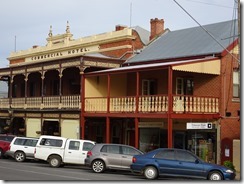 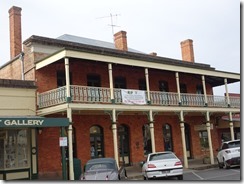 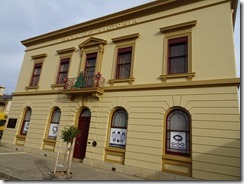 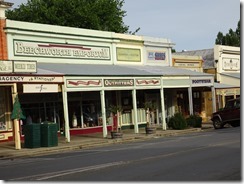 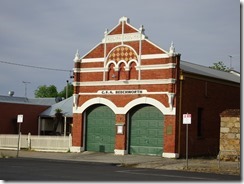 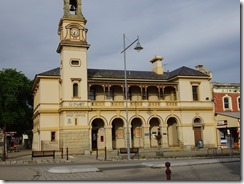 Transwells was one of only two restaurants (along with its next-door neighbor, The Ox and Hounds Bistro) that served a full dinner menu the evening we were in town (Tuesday). We had two dishes, both of which were pretty good, and much better than we expected: pan-fried ocean trout with heirloom tomato, confit onion, beans and pine nut dressing; and roasted lamb rump with hummus and grain, date and almond pilaf. We selected a pleasant local wine from the restaurant’s rather extensive list—a 2015 A. Rodda Tempranillo from the winery’s Beechworth-based Aquilla Audax vineyard.

Beechworth on Bridge  is a 3 star motel, but the best you can do in the area. But they did a lot of extra things. Bed is comfortable with very nice bed linens….far better than I would expect for the price and location. Breakfast delivered to your room. Not just cereal but eggs too. They have a huge DVD collection that you can use as well as a pool. They provide a nice sitting area and also have windshield squeezies that you can use to get rid of the bugs on your windshield.Towels were very large. A lot of nice little touches that are unexpected.