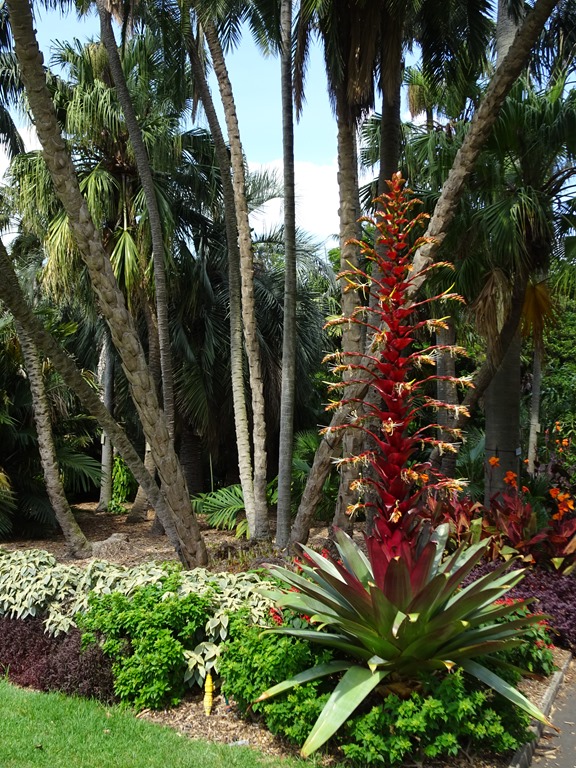 The Botanic Garden which includes the site of the colony’s first farm the Governor’s residence (Government House) and the Gardens that used to be the preserve of the governor’s family. The grand, turreted, sandstone residence is isolated behind a fence and an open park. The beautiful gardens, in contrast, are totally open, with paths that circle the bay and lead to clearly labeled sections of the garden devoted to different ecosystems and plant types, such as herbs, palms, ferns and succulents. 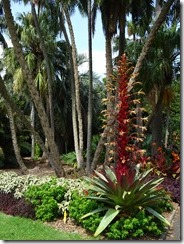 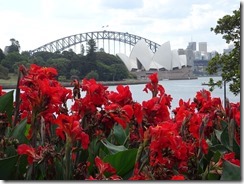 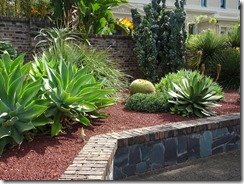 The Domain, an open park just south of the garden, contains even more open space that is often the site of concerts and festivals. It also contains the lovely Art Gallery of New South Wales (see the discussion in our Sydney Museum post).

Macquarie Street, a lovely tree-lined avenue that runs along the side of The Domain, contains some of the city’s oldest, most historic public buildings. These include: 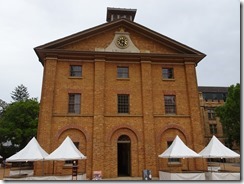 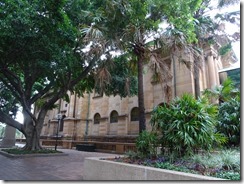 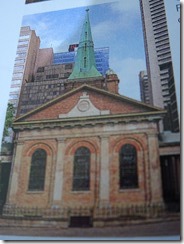 Three other major buildings on the block all occupy the site of, and indeed consist of parts of one of Governor Macquarie’s most ambitious undertaking—a hospital for the colony’s convicts. London denied the governor’s original request for the funds of a grand hospital. Not one to give up, he struck a deal with three of the colony’s most prosperous merchants: If they built the hospital, he would grant them an exclusive right to import rum and other distilled spirits in the colony. They built the so-called “Rum Hospital” (completed in 1816) which provided to be far too large for its intended use. One section of the original hospital that was in danger of collapsing, was demolished in 1879 to make room for another hospital. Two other wings of the original hospital, however, were repurposed as: 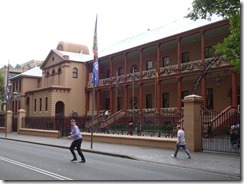 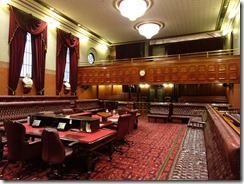 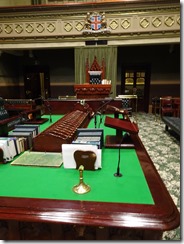 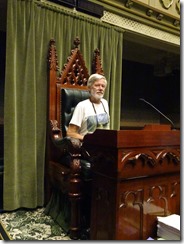 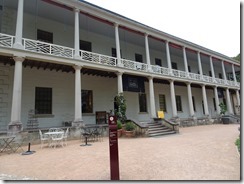 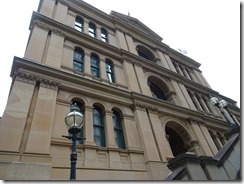