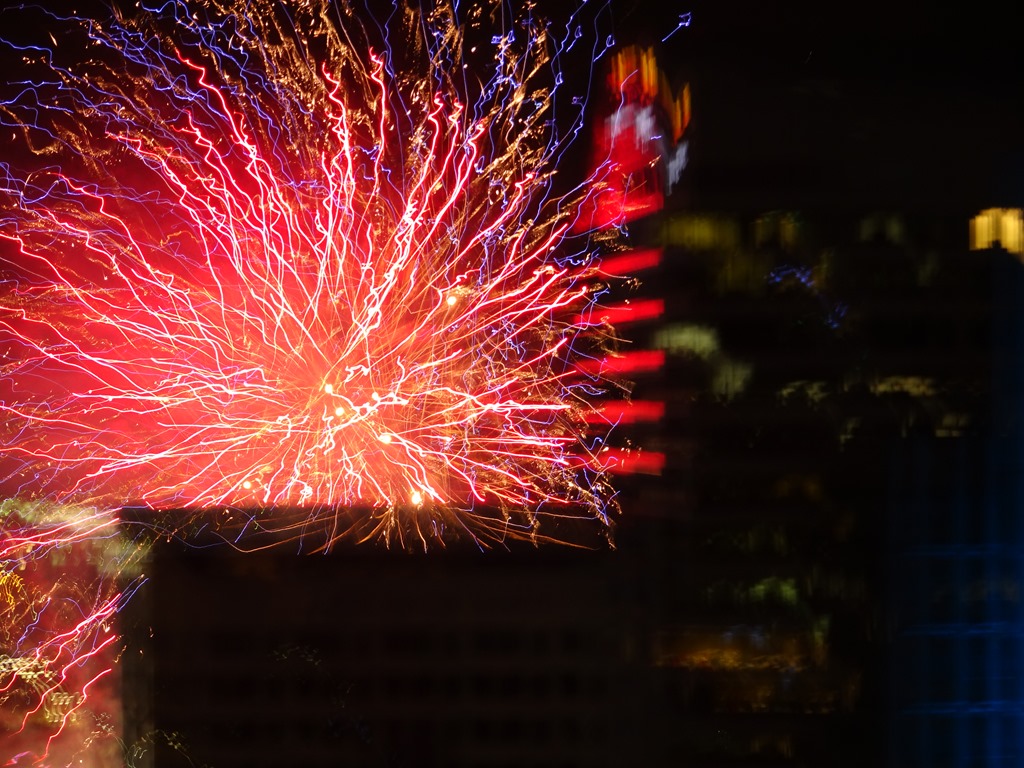 Sydney’s disreputable Darling Harbor docks area, long in disrepute, fell into a prolonged period of disrepair as Sydney’s role as a harbor declined. It began to change in the late 1980s courtesy of a big redevelopment plan that turned the old docks into a harborside complex that is now one of the most popular tourist and entertainment complexes in the city—especially on Saturday evenings, when it is the site of a weekly fireworks display. 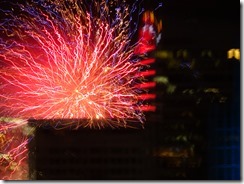 The complexes, including Cockle Bay Wharf, King Street Wharf and Harborside Plaza contain the normal assortment of restaurants, shopping malls and standard tourist attractions, like a ferris wheel, Madame Tussaud’s Wax Museum and an IMAX Theater (which is claimed to have the world’s largest screen). Oh yes, and there is a harbor there too, 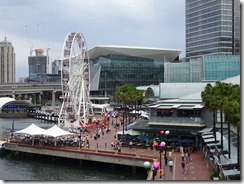 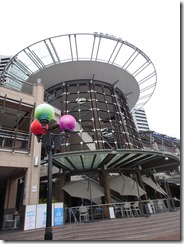 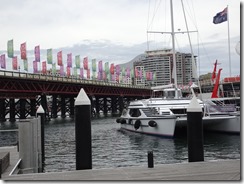 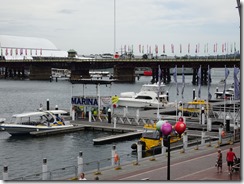 Among the harbor’s most interesting sights (none of which we had a desire to visited) are: 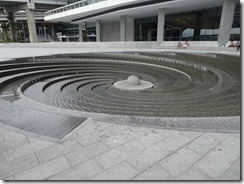 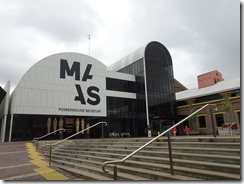 Sydney’s Darling Quarter areas also has expensive open space, with parks, outdoor exercise regimens and children entertainment areas. It also abuts a number of the city’s other important tourist and entertainment areas. These areas which are discussed in subsequent blogs, include:

And, although not really in Darling Harbour, but past it In Pyrmont is another restaurant that we tried in the area: