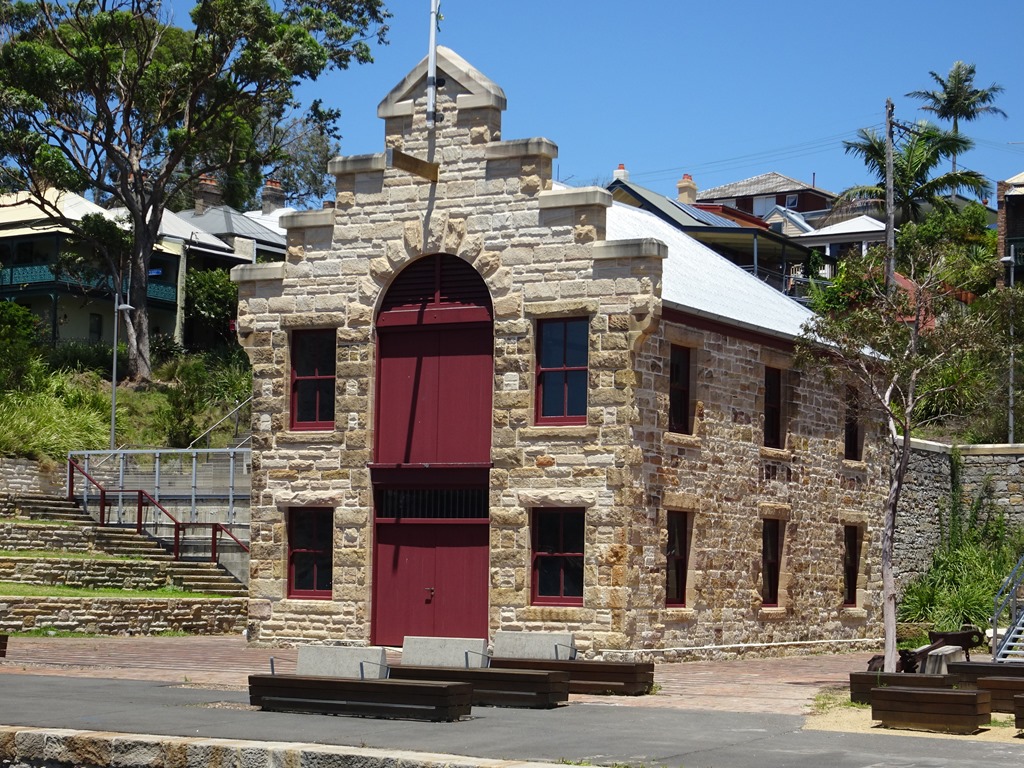 Balmain is another historic village near Sydne that dates from 1800. Many of today’s oldest buildings date from the 1840s and 50s, when the original owner of the peninsula sold it, and it was subdivided into lots that were developed as homes for workers. Larger, grander commercial and public buildings popped up along Darling Street (the village’s main street) and prosperous merchants built their own large homes.

The Balmain History Trail highlights a number of these buildings and some of the city’s pretty parks and Sydney CBD views. 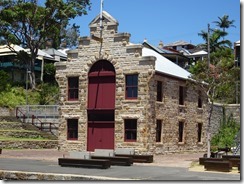 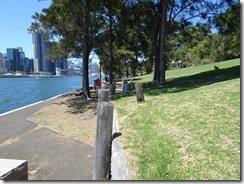 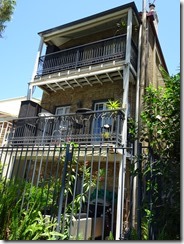 The ferry wharf exits to the pretty, harbor-side Illoura Reserve park and nearby Evanton Park (both with CBD views and the former with Harbour Bridge views). The foot of Darling Street has a number of the town’s oldest buildings that once served as hotels and colonial homes, including that of the owner of the original ferry that began servicing the village in the 1840s.

The Mort Bay Reserve park, which commemorates its history as a working harbor with ship propeller sculptures that look out to current docks. And to take advantage of one of the harbor’s few sand beaches, the bridge to the docks is lined with a dozen kayaks suspended beneath. 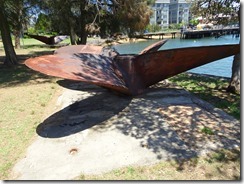 The streets leading down to the wharf provide a glimpse at the wide range of residential styles that can be seen in Balmain, from wooden workers’ cottages, to sandstone Victorian terrace houses to standalone brick homes and modern, window-clad homes built to take advantage of the views. Wallace Street, meanwhile, contains some of Balmain’s notable homes, like Clontarf and Maitland House.

The village center, along upper Darling Street, is the site of many of the original (such as the 1854 Watch House, which served as the prison from 1851 to 1925) and current public buildings. These include the 1880’s-era, neo-classical Post Office, Court House, Town Hall and Fire Station. It is also the site of the village’s largest church (St. Andrews) and hotels, such as Volunteer and the London, the latter at which we had lunch) and a number of pretty Victorians that house a range of “downtown” shops. 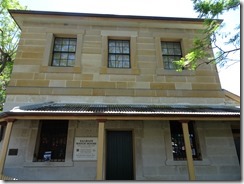 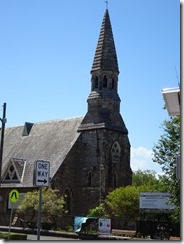 The Birchgrove neighborhood, meanwhile, has its own small commercial district and some of the area’s largest, most ornate and distinguished homes.

London Hotel (Balmain), on the Monday (December 26), was filled with both diners and drinkers when we got there for lunch. We had two decent casual meals: Hummus with paprika-charred Turkish bread was good, although the Nasi Goreng, an Indonesian fried rice dish with prawns and pork, was overcooked. Drinks were a Cascade Pale Ale and a 2015 Kingston Estate (Adelaide Hills) chard.