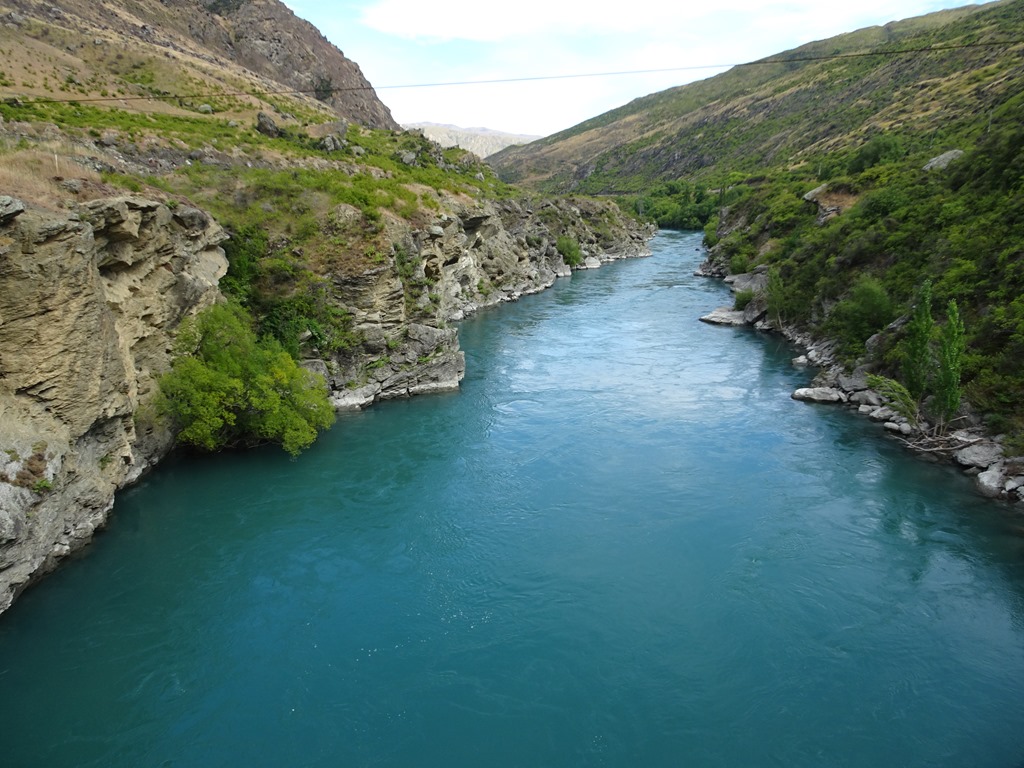 Although we visited New Zealand’s Central Otaga Valley primarily for its wineries, we also took a little time to briefly explore some of the region’s sights. Some of the most dramatic sights are impossible to miss. Central Otago’s desert-like mountainous landscape is incredible. You are surrounded by tall, jagged mountains: some sheer rock and others forested. Through much of the area, the mountains are broken only by the Kawara River Gorge. When you enter the broad agricultural plain of the Cromwell Valley, you are welcomed by two other sights; The kitchy Big Fruit sculpture and the historic Cromwell Heritage Precinct. Among the sights we saw were:

The Kawara Gorge, which runs through much of the region, is beautiful in and of itself. It, however, also contains some of the region’s other sights and activities. These include the: 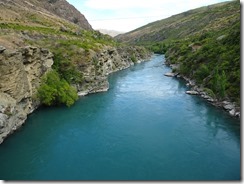 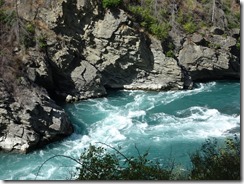 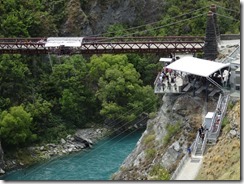 This relocated and restored 1860’s-era historic district was moved to higher ground in 1990, just before the Clyde Dam created a lake (Lake Dunstan) where the old town used to stand. The restored version, which is scenically set on the lakefront, has about 20 stone, wood and corrugated steel civic (including post/telegraph office and an imposing Masonic Lodge), commercial buildings (stores, hotel, blacksmith shop) and residences. While most have been converted into specialty shops, art galleries and at least one bistro, a number contain period furnishing and interpretative materials (including a cottage, stable and blacksmith shop) and one serves as something of a museum, with a range of original artifacts. 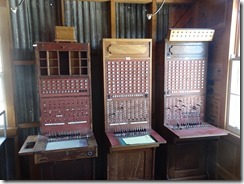 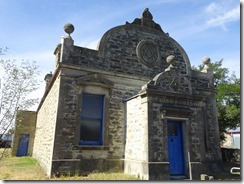 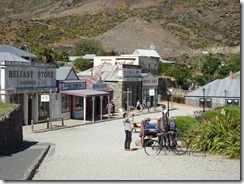 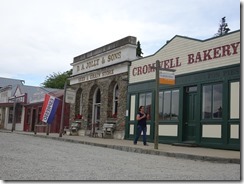 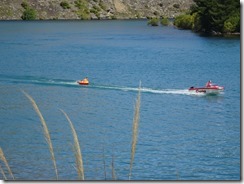 This sculpture, which commemorates the region’s role as the fruit bowl of the South Island is not so much a site as it is a reference point for finding places in the small town. 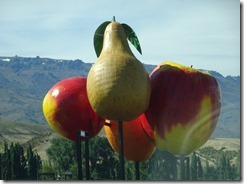 The town’s high street (aka Buckingham Street) is lined with frontier buildings from the town’s 1860s to 1900 mining period. All have been restored to house a broad range of tourist stores, galleries, cafes and museums (especially the Lakes District Museum). The residential section of Buckingham Street, along with neighboring Ramshaw Lane is home to dozens of restored cottages that were built and occupied by many of the roughly 1,000 European miners that created the city during the Gold Rush. The most interesting part of the Heritage Site is the Chinese Settlement. This village, which is located in a separate section of town, was occupied by hundreds of Chinese miners and merchants who moved temporarily to Arrowwood to seek their fortunes. Although they were actively courted to the town as many of the European miners had moved on to other regions, they were virtually always shunned by the Westerners. This was despite the fact that they once accounted for 40 percent of all South Island goldfield miners and produced about 30 percent of the gold. Most lived in tiny, one-room stone, wood or corrugated steel huts and relied on the camaraderie of their neighbors for company. A few of the Chinese, however, rose above “their stations”. Ah Lum, in particular, was a merchant who ran the primary Chinese store (not to speak of opium den and gambling parlor) and, since he could also speak English, served as a primary liaison to the Western community. 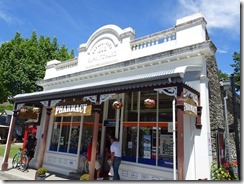 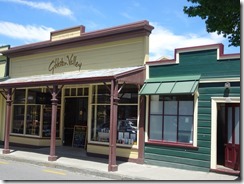 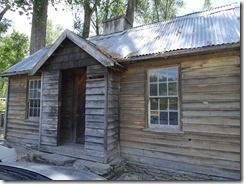 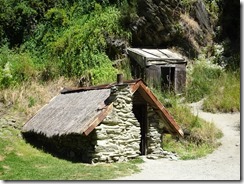