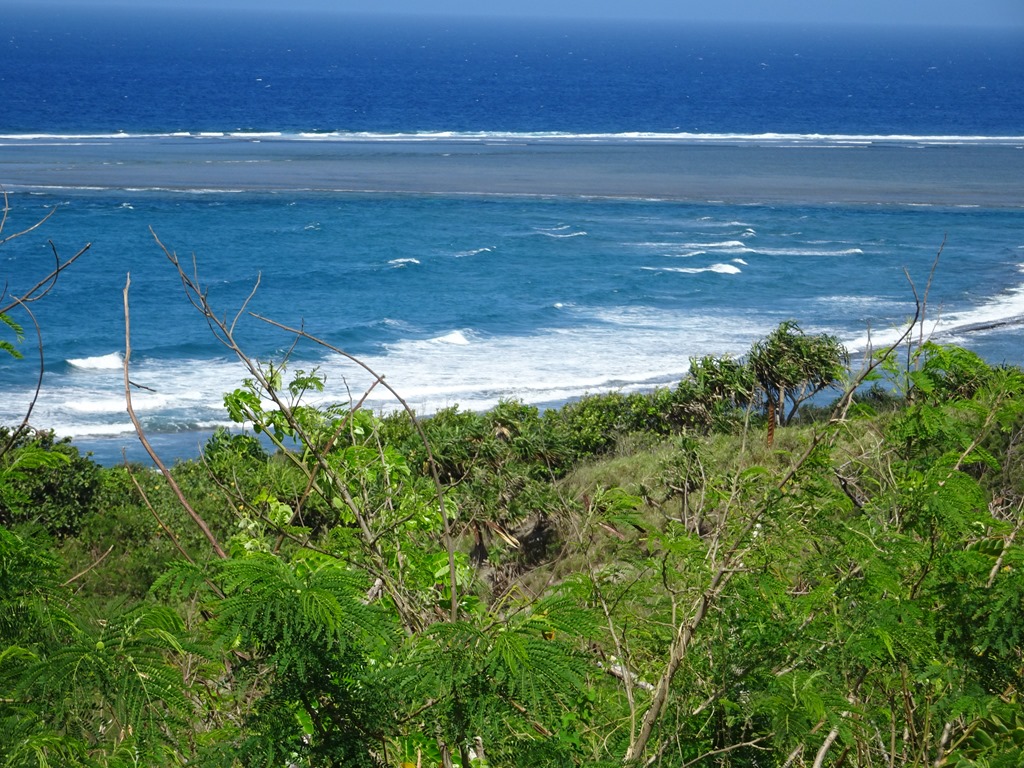 After exploring Suva Fiji, we took to the Queen’s Highway to explore more of the island and to make our way to Nadi. Queen’s Highway runs the length of the island’s picturesque south coast, along which most of the tourist resorts are located. Leaving Suva, or any of the island’s cities for that matter, take you through villages that are little more than shantytowns, a significant departure from the apparent relative affluence of Suva. Many of the villages are on picturesque stretches of the coast. The resorts are concentrated on the most scenic stretch of the Queen’s Highway—the so-called Coral Coast—roughly have way between Suva and the island’s second city, Nada.

Although we planned to stop at one of these resorts, the Outrigger, for an evening firewalking show, a planning snafus squelched this plan. We instead, stopped at the town of Sigatoka for a visit to the country’s first National Park:

The Sigatoka Dunes s a large, 50 square kilometer area of sand dunes—dunes that average over 75 feet in height, with some exceeding 160 feet. The dunes were created by a combination of the surf and the winds that threatened to bury the island’s main road. Therefore, parts of the dunes were planted with grasses, shrubs and trees to stabilize the structures and to prevent further encroachment. The result is a series of scenic rounded hillsides that lead toward the beach, that is after climbing in 100- degree heat, up some steep dunes. The beach itself is strewn with driftwood, not to speak of scattered coconuts and shells. So plentiful is the driftwood that the staff regularly gathers the wood (to keep the beach passable) and bundle them into lean-to-like structures that provide shade to weary trekkers. 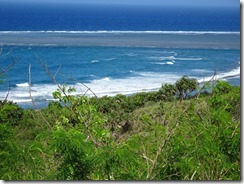 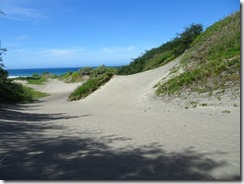 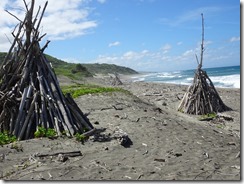 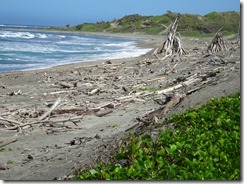 From the Sigaroka Dunes, we left the coastal road toward the island’s vast, mountainous interior. Our destination was the small highland’s village of Navalla. But, what began as a nice, smooth, albeit unmarked, paved road, degraded into a rough, heavily potholed dirt and stone road. While we found few signs to show us the way, we did run across (but luckily not into) dozens and dozens of cows, and a few horses, that were largely oblivious to our car, or the handful of other cars we passed along the way. Luckily, we did run across a couple of small villages and perpetually friendly and helpful people who could guide us in the right direction, although not, unfortunately, help us navigate the dozens of other (unmarked, of course) crossroads that we came across on our journey.

After 3.5 hours, many perplexing decisions, navigation of more than a few challenging obstacles and much help from a few friendly locals (for which we were happy to proffer customary hospitality gifts(in the form of money for the local kava drink), we finally reached our afternoon destination. 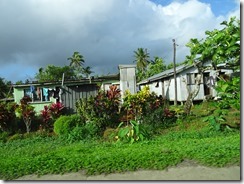 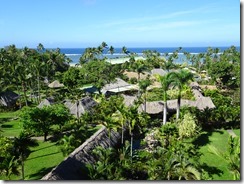 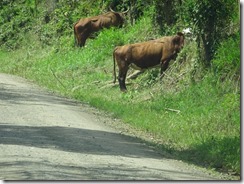 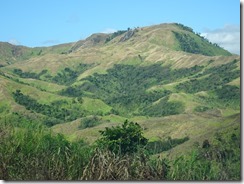 This village is very used to tourists. They have a standard admission price of $25 (Fijan) per person. Optional tours are $10. Our guide took us to the chief’s home to pay admission. As he was ntent on demonstrating his authority, he had us wait outside his hut for about 10 minutes before he allowed us to come in to pay. When we entered, he took his time with other small tasks, such as pouring kerosene into a generator (electricity, our guide told us, would reach the village in 2018). He finally accepted our “tribute” and allowed our tour to continue.

The 700 people village, which consists of seven different tribes, was hit by a hurricane in February. It destroyed 20 buildings, which the government replaced with small modern buildings. The traditional rebuilding process, however, has begun. These structures, which take three months of community participation to build, are built between April and June, when then bamboo is green and materials moist enough to be worked with.

Our guide also took us into one of her relative’s homes, who, by chance, just happened to make jewelry which was for sale, which she claimed was made from locally found seeds and stones. Joined by about half a dozen children, we had to repay this hospitality by staying for much longer than we preferred, and of course, by buying a piece of jewelry which will never get worn. We then went into the kitchen, which is always separate from the family’s sleeping building. All throughout, our guide happily answered our questions. We learned, for example, that:

An interesting tour that was certainly worth the money, but not the long, tortuous drive from Sigtowa. 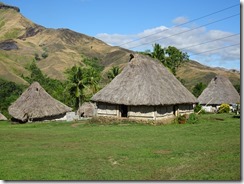 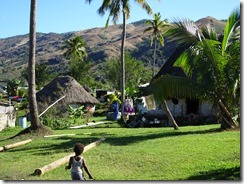 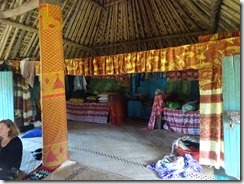 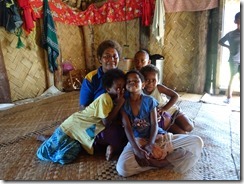 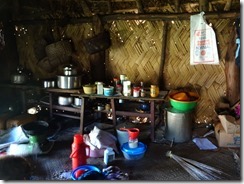