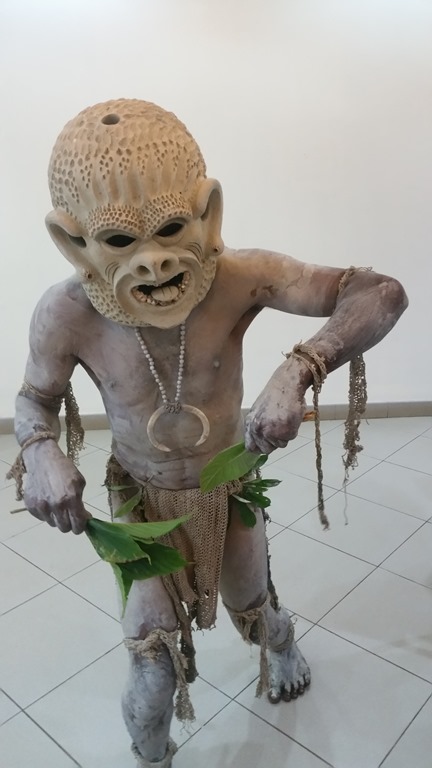 The town of Goroka in Papua New Guinea (PNG) is part of the original German colony. It, was and still is a major coffee growing and agricultural area. It also has some of the richest clay deposits. These deposits have been exploited for millennia by the famed Asaro Mudmen tribe who crafted large clay helmets to frighten their enemies. While the Mudmen are still a huge regional attraction, the region has also exploited this clay to become the nation’s primary source of clay pottery, with its Kainantu Pottery earning a global reputation.

The Mudmen and the pottery are both on display at the annual Goroka Cultural Show which coincides annually with the nation’s independence celebration. The show was not only our reason for coming to Goroka, it was also our primary motivation for traveling to PNG and for arranging our seven-week South Pacific trip around it.

It is certainly an interesting time to visit the town. While the entire Goroka district has a population of about 80,000 people, the town normally has a population of about 20,000. The Festival, however, is not a normal time. It draws more than 50,000 people from around the country, plus a few hundred from around the world, roughly doubling the district’s population. The main street and the market, in particular were jammed when we arrived the day before the festival began. All hotel, guest rooms and many private homes are filled, as are parks in which many people camp.

All of these tourists attract merchants. The festival grounds and the many of the streets are lined with vendors hawking their goods. Our hotel, the Bird of Paradise, itself sponsors its own Bilim Festival, where a couple dozen vendors display and sell all sizes and shapes of colorful woven bags. A couple of craft vendors have tables in the lobby, complete with their own Mudmen shills who urge guests to view their stands when you take their pictures. 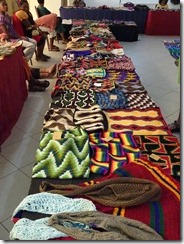 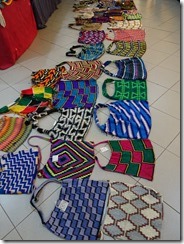 The several blocks outside the hotel, meanwhile, are lined with vendors displaying and selling all types of PNG merchandise–tee shirts, art, bilums, pottery Mudmen, fiber-woven trays, carved masks weapons and storyboards and much more.

We explored all of them, bought a couple of small Mudmen and prepared for our two, six-hour days at the Festival.

The Goroka Cultural Show, commonly known as the Goroka Festival, is the oldest, largest and most well-known of the country’s first major “sing sing” a festival that pulls together more than 1,500 singers and dancers from over 70 tribes and clans from around the country for a celebration of the country’s independence and cultural heritage. It was also intended as more than an entertainment vehicle. It helped bring sometimes feuding clans together to share a common cultural identity and to ease tribal tensions.

We rarely have seen a spectacle like this….think of it as a smaller, but much more exotic version of Rio’s Carnival

The Festival runs over two days. We began each day at 8:00 AM to see the preparation for the show, with the Polga sing-sing performers applying their paint and their costumes on our first day pre-show visit, and then saw the Kopiamp women prepare the day’s routines on Day Two. It was fascinating to watch the intriquit face painting, how they combined beautiful feathers into spectacular headpieces and the positioning of cloth and leaves for costumes. 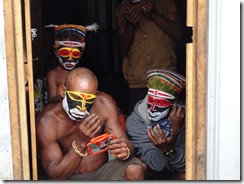 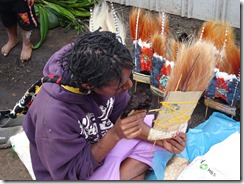 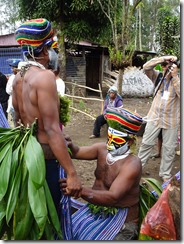 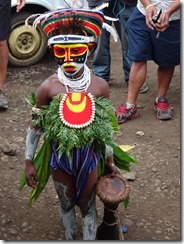 We arrived at the event field about 9:00 each day, just as the first groups began dancing and singing their ways onto the large, fenced-in field. The morning, from 9:00 to 12:00, was reserved for VIP ticketholders. The smaller VIP crowds allowed us to watched, interact and speak with the performers and take photos to our hearts’ content as performers entered the judging arena and performed.

Each group seemed to be more elaborately and exotically attired than the last. And each had their own unique routines, moves and songs. Here’s a sampling for what we saw: 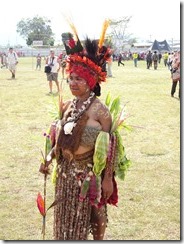 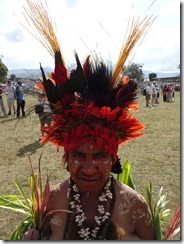 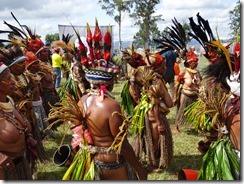 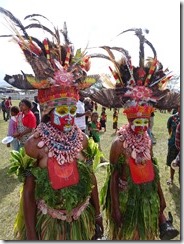 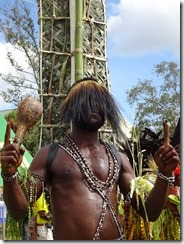 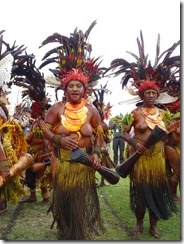 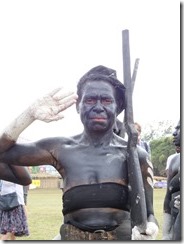 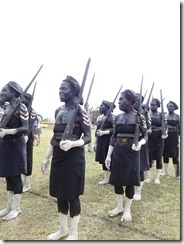 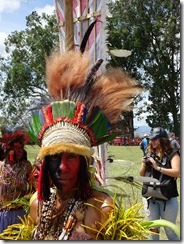 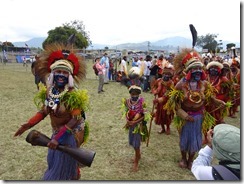 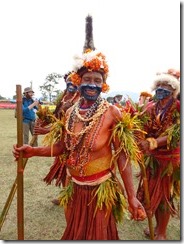 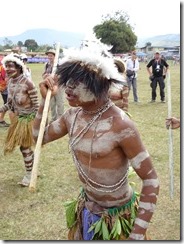 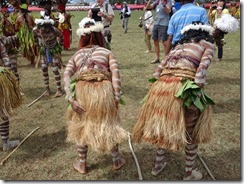 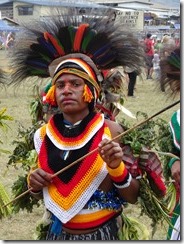 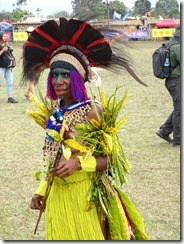 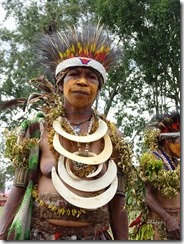 So many tribes….so many beautifully dressed people….so many friendly faces…..and still more to come on our next posting.