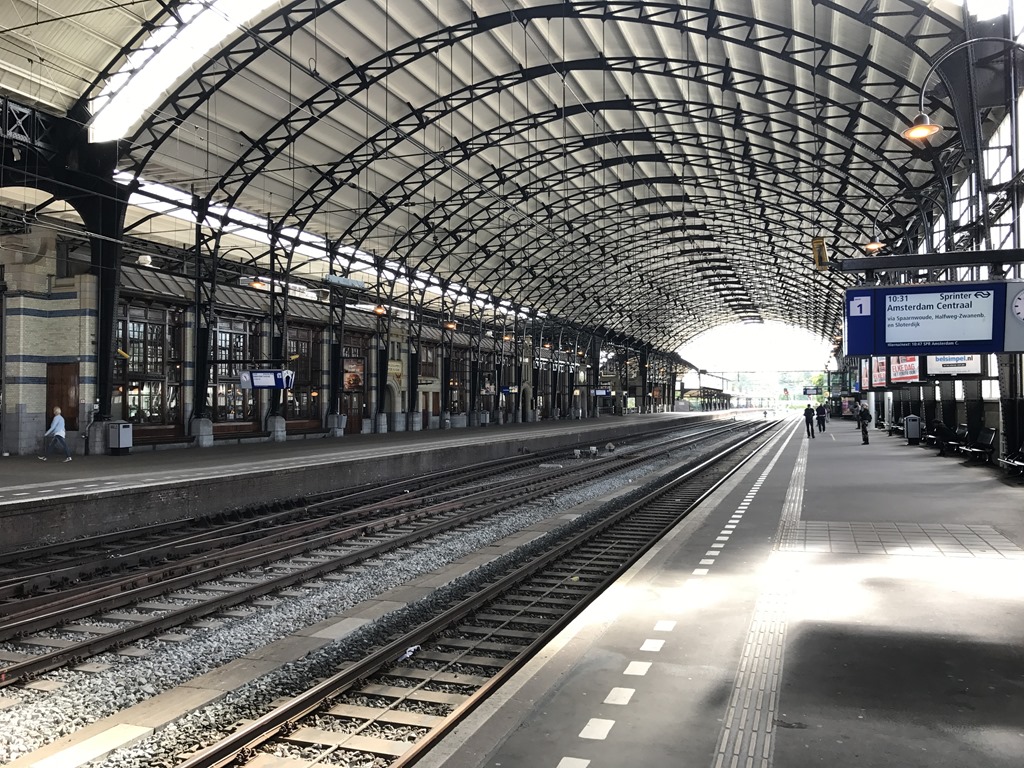 This is part of a series of posts on Amsterdam written by guest contributor, David Gavenda.

Founded in 1245, Haarlem has a population of 156,000. It is a short 15-minute train ride from Amsterdam, with trains running between the cities every 15 minutes, up until 1 a.m. Note, however, that Haarlem has two train stations. You will want to exit at the Haarlem Central Station as it is closest to the area’s points of interest. This station also has an OV bike rental shop. If you find bike riding to be too dangerous in Amsterdam, Haarlem is a great city to hone your urban biking skills. This being said, the city’s primary points of interest are within easy walking distance from the Central Station. (Hint: Saturday is a particularly good day to visit Haarlem, as in is Market Day in the main Grote Market square.

The Haarlem tourist office is also located in Grote Square. It has a very helpful map of the city and the staff if very friendly and willing to help. Among the most interesting of the central city sites are:

This is worth a few minutes to look around. It was built in 1839 and rebuilt again in 1906. It is the only train station in Holland built in the Art Nouveau Style. It has unique tiling, stained glass, wood carvings and the original signal house. 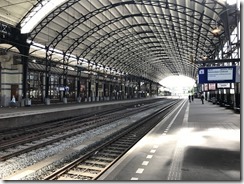 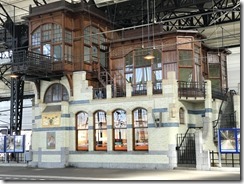 Grab a piece of cheese or some fresh fruit and take a walk around the open-air market or stop by one of the market side cafes for lunch or a drink. Fewer than 50 stalls, but most with quality products. As with most weekend markets, it is crowded with locals shopping for fresh fish, cheeses, flowers and produce. 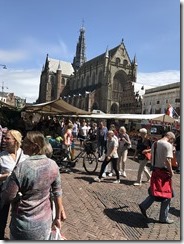 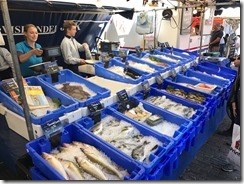 I had to see at least one windmill, and this one was convenient. The original mill, built in 1779, burned to the ground in 1930’s and was rebuilt in 1963. You will see this windmill on the way into Haarlem from the train. It is located in the banks of the River Spaarne. 45-minute-long guided tours are available from March to October (M-F, 1:00-5:00 PM, and 10:30 AM-5:00 PM on weekends). Tours are also available during off season months at reduced days and times.

The day I visited, the windmill was in operation and they had a miller on site demonstrating the milling of grain into flour. He was also demonstrating the sharpening of a millstone. Be advised that the interior stairways to the upper levels and the top of the windmill are very steep. Everything interesting is up these stairways, including a great view of the city. From the top of the windmill you will be able to see the Grote Church and get your bearings for a city walking/biking tour. 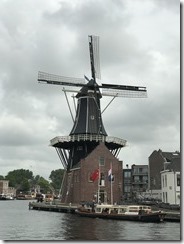 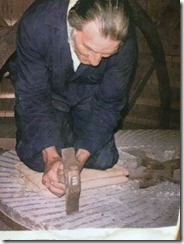 Built in 1784 by Pieter Teylers, a wealthy banker and merchant, it is supposed to be one of the first museums built in the Netherlands. It is an 18th Century period museum that has a variety of fossils, minerals, scientific instruments, coins, drawings, paintings and books all depicting the history of the Netherlands, its famous citizens and their accomplishments. One of the exhibits is an early storage battery that is the size of an automobile. Most rooms were built to allow natural sunlight to light most of the high ceiling rooms. This feature really adds to the viewing pleasure of the period panting on display. Free audio tours devices are provided. 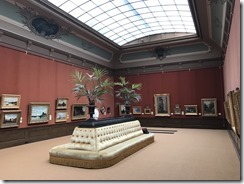 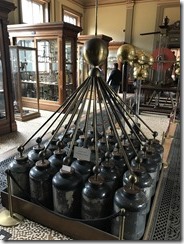 Located on the main Haarlem (Grote) Square, this church and square are the center of the city. The only guided tour of the church is on Saturday. It is, unfortunately, only in Dutch. Construction of the present church lasted from 1370, until 1538. It has walls of stained glass windows and an architecture that is worthy of a 45-minute self-guided tour. Of particular note are the:

“Dog Whippers Chapel”. In the Middle Ages, the dog whipper maintained order among all dogs in church. (I don’t know whether all dogs were allowed, or only official comfort dogs.) 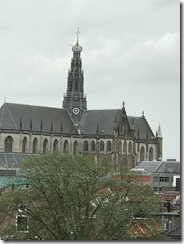 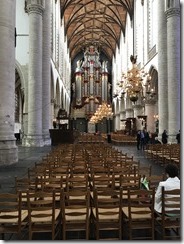