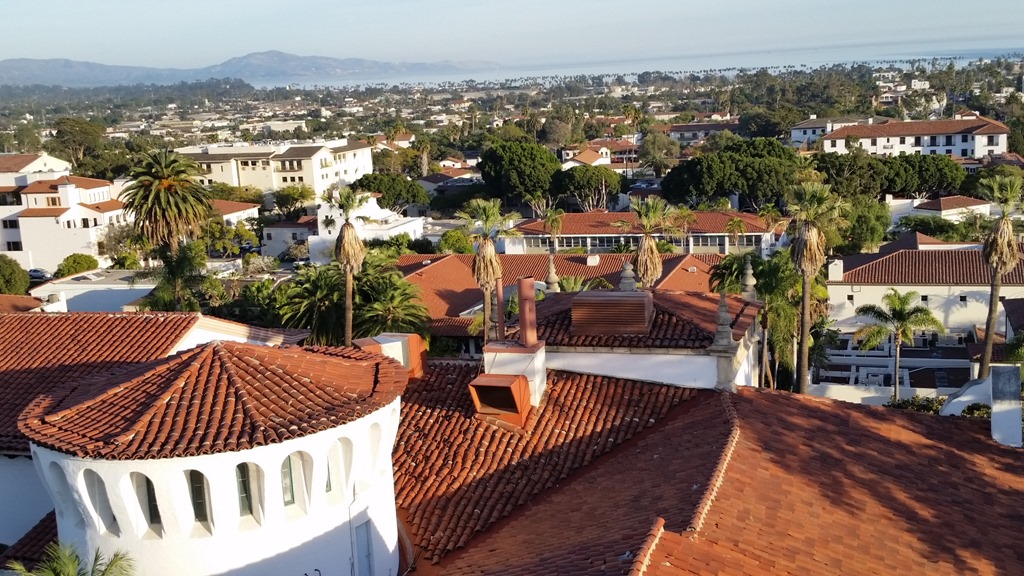 We love Santa Barbara California. What’s not to love. This coastal city is between the Santa Ynez Mountains and the Pacific Coast. The town is lovely. It contains of primarily whitewashed, adobe-like buildings with red tile roofs, with the oldest dating from the 1800s. State Street, the main commercial street, is particularly lovely, with all its courtyards, some of which are adorned with public art.

Down by the shore, the “Funk Zone” has a character of its own. This previously run-down, bohemian neighborhood is being rapidly gentrified; loaded with furniture and design shops, tasting rooms, bars and a growing number of restaurants.

We visited a number of places in Santa Barbara’s historic area.

Reagan Ranch Center. Ronald Regan loved Rancho del Cielo, where he lived for almost 25 years. The facility is owned and run by the conservative, Young Americans for Freedom. The organization acquired the ranch and displays a number of its artifacts, along with an audio-visual timeline of Reagan’s life and career. A guide took us through and explained the collection and its history within the context of Reagan’s life on his beloved ranch. Reagan bought the ranch at the end of his stint as California governor and it served as a very rustic, very informal Western White House. Here, he:

The main floor exhibits contain an interactive, audio-video timeline of his life at the ranch and artifacts including his jeep, his well-worn easy chair and the desk on which he signed his momentous tax bill.

Second-floor exhibits include his 50-year correspondence with Lorraine Wagner (the Ronald Reagan Fan Club president with whom he exchanged over 100 hand-written letters), a more detailed overview of his life and career, from his youth, through his Actor’s Guild presidency and time as GE spokesperson (until his view became too political for the company), his campaigns and his time as Governor and President. It includes artifacts including his hat, part of his gun collection and a number of painting he had hung on the ranch’s walls.

Santa Barbara County Courthouse. This large, beautiful (whitewashed adobe white with red tile roof), Spanish-Moorish-style structure has a multi-story stairwell adorned in colorful tiles and painted coffered ceiling. Its clock/bell-tower is adorned in hand-painted murals. And its long hallway is lined with graceful arches. Overall, it is a lovely building befitting the city in which it is located.

Santa Barbara Old Mission is a wonderfully preserved, 1820 structure (from the 1786 original). It originally served as living quarters for early missionaries and is now a museum with historic artifacts and Mexican art.

Santa Barbara is also home to several tasting rooms of area wineries. Unfortunately, we had time for only three on this trip. Hopefully we will visit more on our next trip: 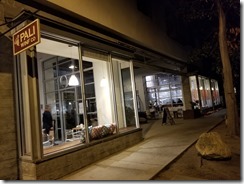 Another reason to head back to Santa Barbara is that we only had time to visit two restaurants: