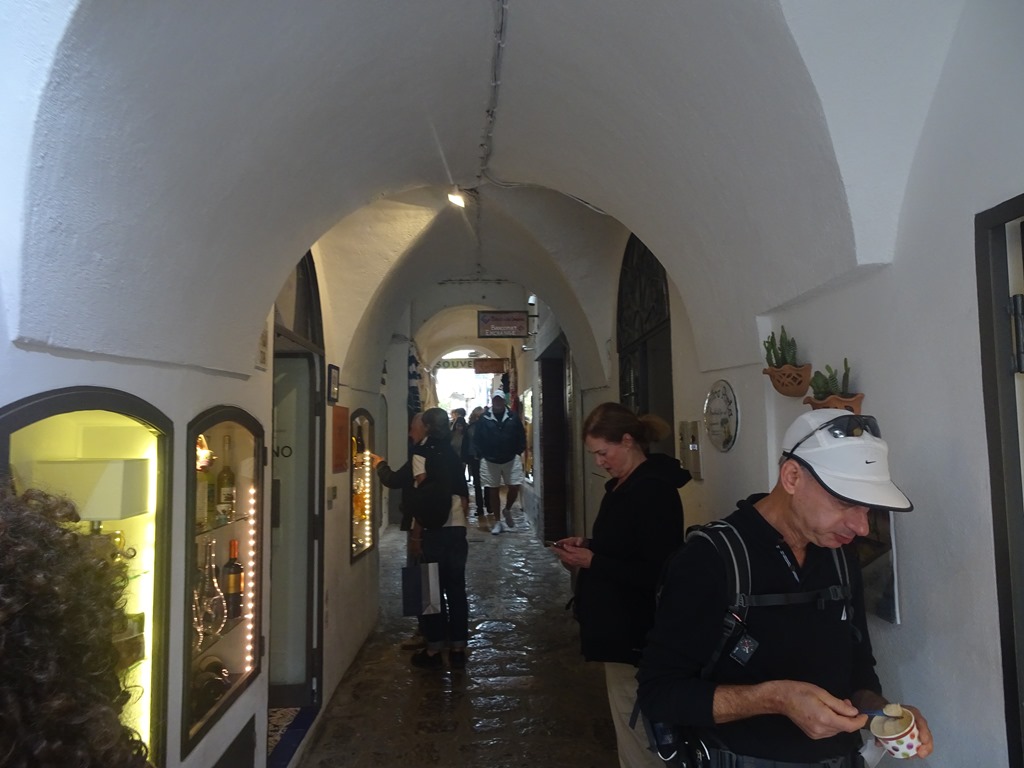 Unlike Positano, Priano and Amalfi, Ravello is high up. Founded in the fifth century, Ravello grew wealthy on the basis of its wool processing industry and its Mediterranean trading capabilities. While its fortunes, like those of many of its neighboring towns, foundered around the 13th century, its beautiful setting overlooking the coast and its once-grand villas began to attract European intellectuals and elites on the Grand Tour. By the late 19th and 20th centuries, it drew numerous artists and intellectuals (including Richard Wagner, Tennessee Williams, Jean Miro and Gore Vidal), and increasingly tourists. Its creation of the Ravello Music festival and opening of a number of art galleries, meanwhile, solidified the town cultural bona fides. 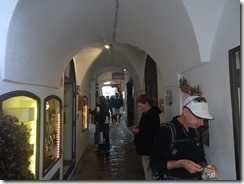 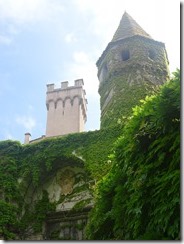 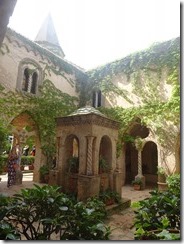 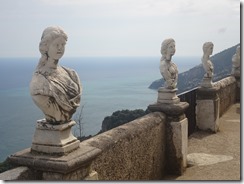 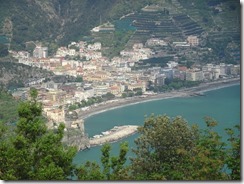 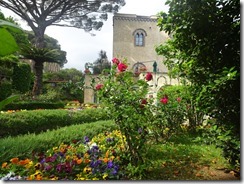 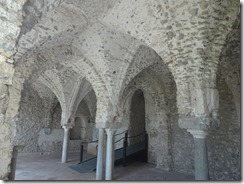 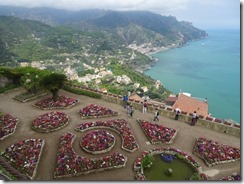 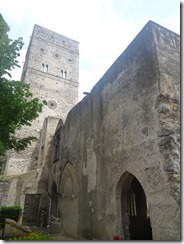 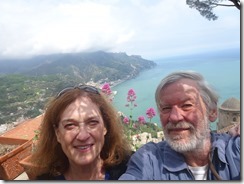 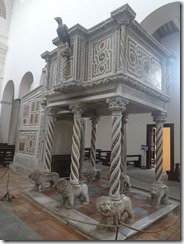 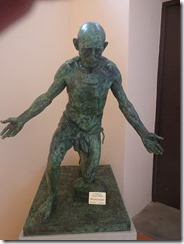 And then there are the remnants of the original city gate. 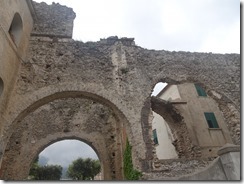 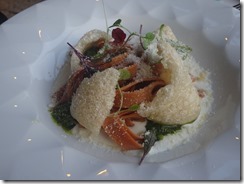 Il Ducato di Ravello.  The hotel is right by a parking lot so you hear cars going in and out. But it is quiet at night. The location is great and only minutes walk to the main area. Wifi worked well. The air conditional was not operating as it was May  so we had windows open for cooler air. We were concerned but it cooled off sufficiently at night for us. While the room looked exactly as shown in the picture on the web, in real life it felt a little disappointing. Still, it was clean (well, except for the ants that continued to come out of our computers for the next day), if basic. Breakfast was very good. Fresh fruit, bread, croissants, yogurt and cold cuts. And Peter went out of his way to answer questions and to help. Would we stay there again? Probably not. But there wasn’t anything wrong with it if you are looking for a reasonably priced place to stay. We’d probably opt for a 4 or 5 star hotel.