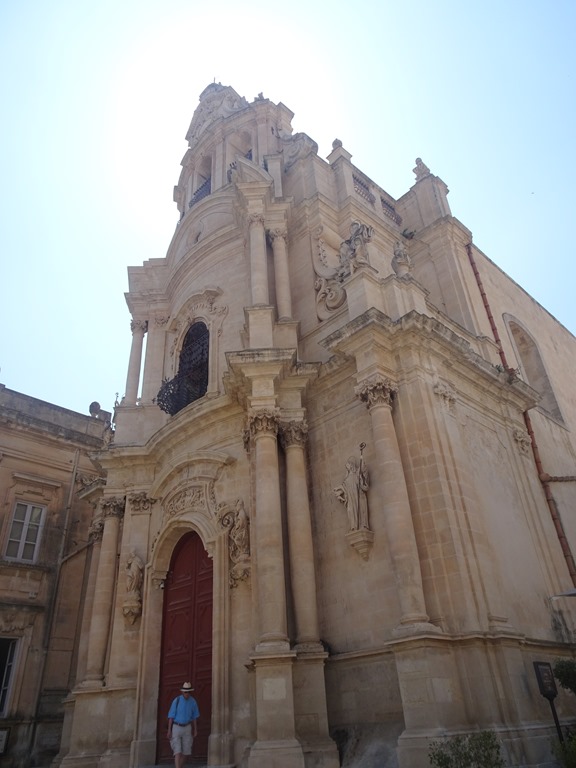 Ragusa is an ancient town in Sicily Italy that was leveled by a massive 1693 earthquake (the same earthquake that destroyed hundreds of square miles of Southeastern Sicily). It was one of cities rebuilt in so-called Baroque of Val di Noto style. We made a fast stop in the center of the historic section of the city, where we strolled some of the picturesque piazzas, streets and alleyways, viewed the exterior of two of its largest, most beautiful Baroque-style churches: San Giorgio and San Giuseppe (both of which were closed when we were there) and a few of the central city palazzos. 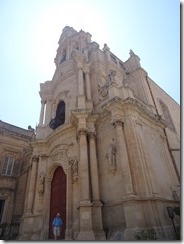 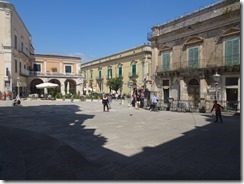 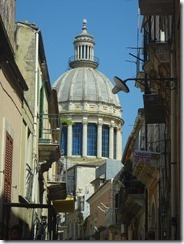 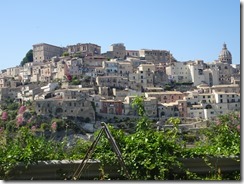 We then had lunch in one of the piazzas, Town Hall square, which was also the home of San Giuseppe and the ristorante/wine bar where we had lunch.

While we wouldn’t go out of our way to stop here, it was a pretty little town. And the view of the city as we left it was breathtaking

Magazzin Donnafugate (MAD), where we sat outside in the piazza for a lunch of grilled veal fillet (rather dry and fibrous) with white wine and a medley of chopped vegetables, and an unusual (at least for us), but quite tasty pizza with pounded pistachio paste, mortadella, mozzarella and topped with chopped pistachios.