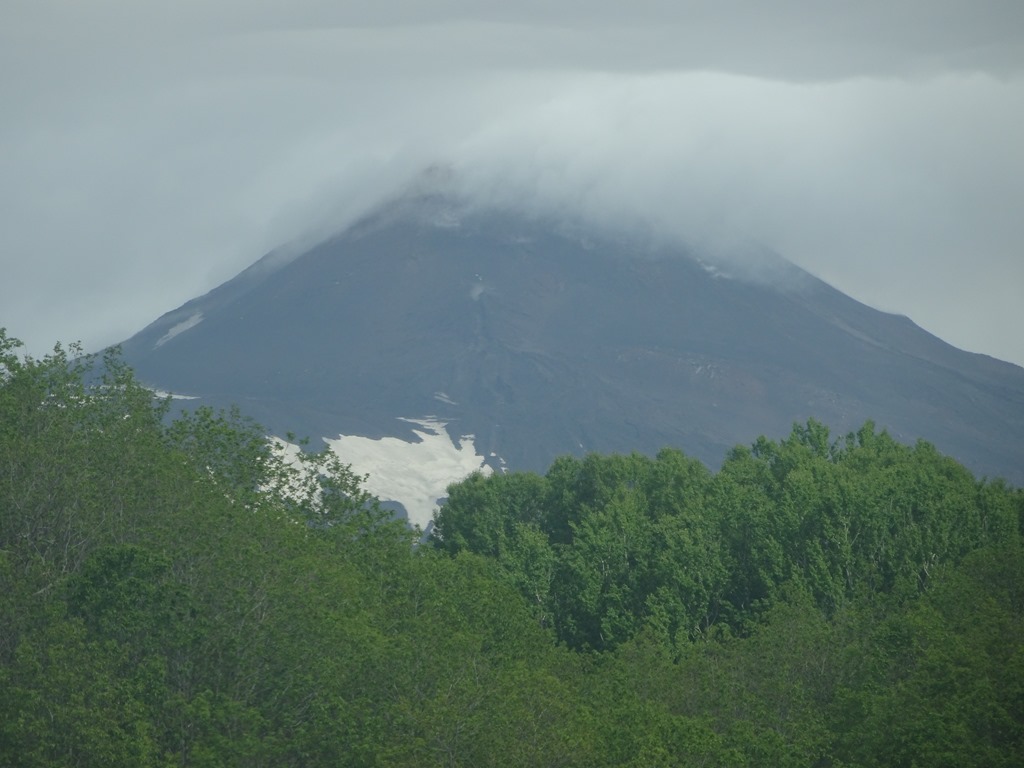 Although Taormina is a pretty little town in Italy, we went there primary for its proximity to Mt. Etna.  The 11,000 foot volcano not only dominates the northeastern part of Sicily, it also created it. As of the mid-17th century Catania was a large city and the 30-mile coastline between Catania and Taormina was a huge bay. That all changed in 1669 with an eruption that destroyed most of Catania and filled in the entire coastline. Nor has Mt Etna  stopped shaping the island. The mountain is still very much active, with its last eruption less than a year ago and sulphurous steam still being emitted from its caldera. 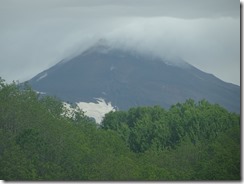 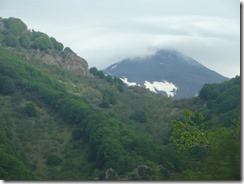 We drove through villages, vineyards and groves of chestnut, oak, birch and pine trees to the base of cable car (6,230 feet) where the fertile soils of the lower reaches have given way to an endless terrain of volcanic rocks, black gravel and ash. One we got to the parking area, we took the cable car to its terminus at 8,200 feet in elevation. Fortunately, one could rent warm jackets for 5 euro. Well worth it and we are glad we did it.

Being us, we decided to forgo riding from 8,200 feet to 9,580 feet and, instead, get some exercise by trudging up the relentless uphill slog through the gravel, ash and wind. 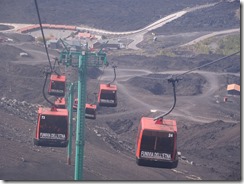 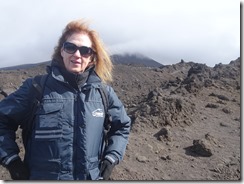 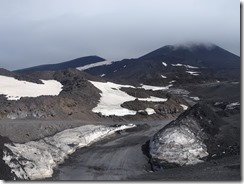 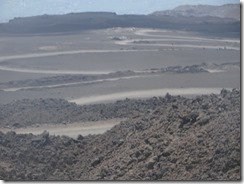 At that point, we planned to join a guided hike to the top. The winds, however, were so strong that these hikes had been suspended. Luckily, we were able to join another guide for a shorter, more sheltered hike around and into a crater that last erupted in 2002, blowing rocks and ash a kilometer in the air and forming an 800-foot cinder cone (higher, as usual, on the leeward side of the eruption where the wind blows more of cinders and ash). Still, as you can see from Joyce’s hair, the winds were quite strong. 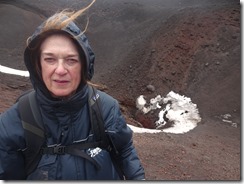 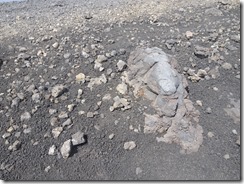 We saw one spot, not yet covered by grayish-black ash, where the expelled minerals from the earth’s core had separated and oxidized into different colors. While silica, which accounts for about half the volume, oxides to black, others turn different colors. Iron, for example, turns reddish-orange, copper green, sulphur yellow and so forth. 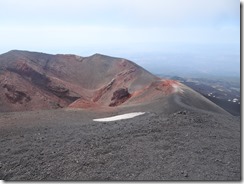 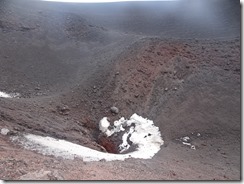 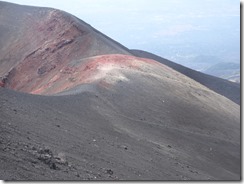 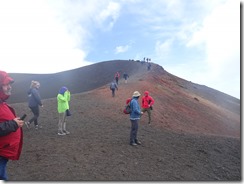 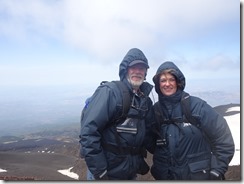 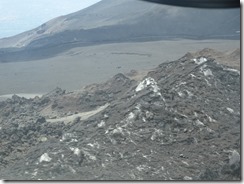 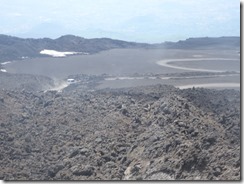 While we hiked around and into only this one crater, the guide pointed to five others, that were effectively lined up in a row down the slope. These craters, were formed sequentially (from the lowest being the oldest to the highest the most recent, over the last couple hundred years. Some erupted high into the air, others produced less dramatic, but longer lasting, lava flows, sometimes in two or more directions at the same time. One of the more recent ones, in fact, created a long lava tube that has since collapsed, producing a long, deep valley down the mountainside.

After fighting the wind on the way up, and on the crater, we decided to take the easy way down; hitching a ride on one of the 4×4 buses that ferry those visitors who prefer to skip the hike, from the top of the cable car to the crater and the place where (conditions permitting) one can catch the remaining 1,500 feet to the summit. We then took the cable car down to our car.

By the time we arrived at our car, it was lunch time. Given our aversion to eating and large tourist restaurants, we drove down the mountain to the first significant town, where we stopped at a very non-touristy Trattoria n’da Calata. There Tom finally got the veal scaloppini he had been looking for the entire trip (although it was, unfortunately, breaded, it was not bad). More interesting was Joyce’s pappardelle with meat and mushroom ragu. We celebrated our weather-shortened, but still very rewarding hike with yet another Mt. Etna DOC wine, this time a 2016 Vuka Etna Rossa (with an 80/20 blend of the region’s two red varietals).