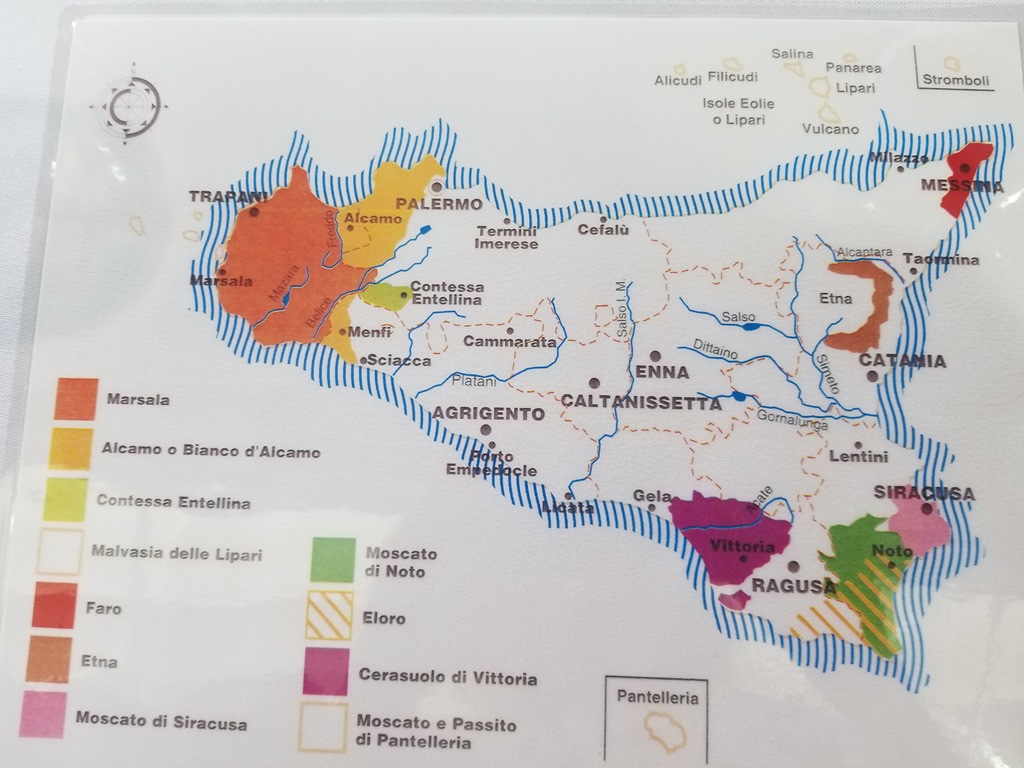 Whenever we are in any area with wineries, of course we need to visit them. Although we attend many wine events in San Francisco, actually visiting a winery is much more helpful to teach us about the various wine regions and grape varietals.

Our exposure to Sicilian wines has been extremely limited. Basically a couple of Italian trade tastings that included a limited number of Sicilians. We had been turned off by the island’s reputation for large quantities of sweet, nondescript bulk wines and by its winemakers use of about 50 indigenous varietals, none of which we were familiar with.

But who can argue with 6,000 years of winemaking history (since the island’s Phoenician times), 2,500 different growers and several very different growing regions to choose from and a growing reputation for quality? Besides, we learned from our previous tastings that we do enjoy some expressions of both of the island’s primary indigenous varietals—Grillo (a white grape) and Nero d’Avola (red).

Armed with this very rudimentary knowledge and a lot of curiosity, we asked fellow wine drinkers and did some research to identify a few of the Sicily’s most prestigious producers to visit.

Planeta Winery in Sambucca is the oldest (from 1995) and largest of the 2 million-bottle per year winery’s vineyards and winegrowing facilities. Spread across Sicily, Planeta offers wines from across many of the region’s terroirs. These range from the high heat and stony limestone soil of Southern Sicily (as in Sambucca and Menfi) in the southwest, through the high-altitude, cold-temperature and ultra-fine-grained volcanic soil of Mt. Etna in the Northeast. After a brief tour of the winemaking facility, we tasted five very different wines from across many of these regions. These were:

Although we enjoyed all these wines, we were particularly impressed with the Eruzione 114, the Syrah and with the 2016 Grillo, Sicily’s primary, indigenous white grape (from Menfi) that we enjoyed with dinner the previous night. We left with not only a bottle of our favorite, but for good luck, a bottle of the winery’s olive oils. 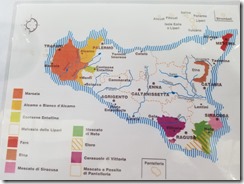 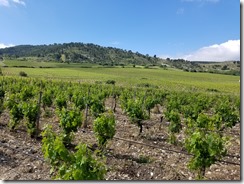 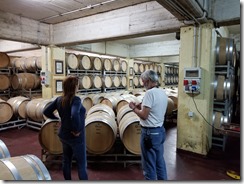 Occhipinti Winery is in Vittorio, near the southern tip of the island. We first toured the modern winery before exploring the beautiful renovated, 19th-century, original winery which now houses the tasting room. During the tour, we learned how all the grapes at the small, 130,000 bottles per year) winery are hand-picked and undergo natural fermentation with only natural yeast. White grapes are fermented solely in concrete tanks and red in large 3,000 to 5,000-liter barrels (from a combination of Slovenian, Austrian, and French oak) that are as neutral, and impart as little taste as possible to the wine.

The old, limestone winery is charming, with vaulted ceilings. We could see the original old open limestone vats into which grapes and juice were gravity-fed though limestone channels. It also has an original, 19th-century hand-operated press that extracted the juice from the must. 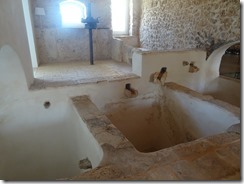 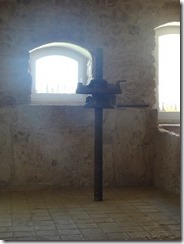 The tasting, held in one of the rooms of the old winery, included four wines plus tastes of the winery’s olives, olive oil and and very tasty tomato bruschetta sauce. The tasting included one entry-level white and one entry-level red blends and two single varietal reds. 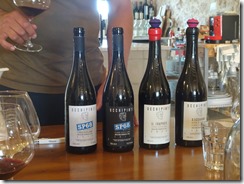 The entry wines, were:

The single varietal reds were:

Whereas the white is drinkable now, all three of the reds, and especially the single varietals, could benefit from more aging. While Italian pricing of E13 for the SP68s and E23 for each of the single varietals is reasonable, we could never justify the U.S. prices of approximately $30 and $45-50 per bottle for these wines.

This small family winery is located on the flank of Mt. Etna. We tasted two of their reds, all blends based on different combinations of the mountains predominant red grapes, Nerelo Moscalese and Nerello Cappuccio. Although both the 2016 wines, Andico and Piner, were drinkable, neither was particularly noteworthy—at least for our tastes.

A winery founded by the father as an experiment as to which grapes will produce the best fruit in different terroirs and climates is evolving into a premium Etna producer now owned and run by his twin sons. The goals is to produce a portfolio of Mt. Etna wines including a line of value wines (white, red and rose) and a line of premium single vineyard offerings. Our introduction began with a description of the winery’s four vineyards in different Mt, Etna locations (different elevations, soils, winds and weather), followed by a trip into one of the vineyards for a discussion of the conditions and how planting is evolving. 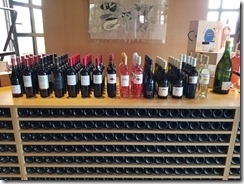 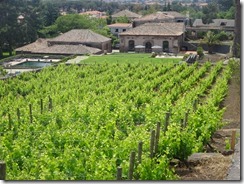 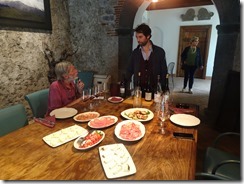 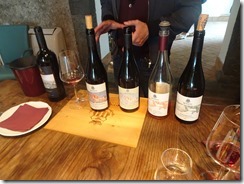 We then got to see the site’s original 18th-century winery’s wine press. We love it when a company holds onto history like this. 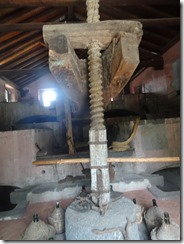 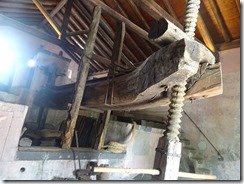 Then we got down to the business of understanding the strategy and the wines of this 160,000 bottle-per-year producer and how 80 percent of its production is already sold outside of Italy—including 40 percent in the U.S.

Our tasting consisted of six wines, beginning with a minerally, refreshing Brut sparking wine (from carracante), a crisp and lean 2016 Etna Bianco (carracante with 10 percent cataratto) and a 2017 muscoletto-based Vin Rose. From there we progressed to two, 2016, single varietal reds (nerello cappuccio and a more robust, flavorful nerello mascalese). We ended with two red blends: the wonderful, premium 2014 Rouittello (90 percent nerello mascalese and 10 percent nerello cappuccino) and the less expressive, but very credible value entry blend, the 2015 Etna Rosso.

And since Benanti wanted us to see how well their wines work with food, they plied us with more than a half-dozen dishes including bruschetta, three types of charcuteries, a couple cheeses and a delicious eggplant with tomatoes. A delicious compliment to a wonderful selection of wines, where we particularly enjoyed the Brut, the Etna Bianco and Etna Rosso, and our favorites, two of the premium wines—the 2016 Nerello Mascalese and the 2014 Roiitello blend. 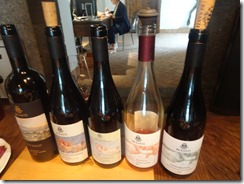