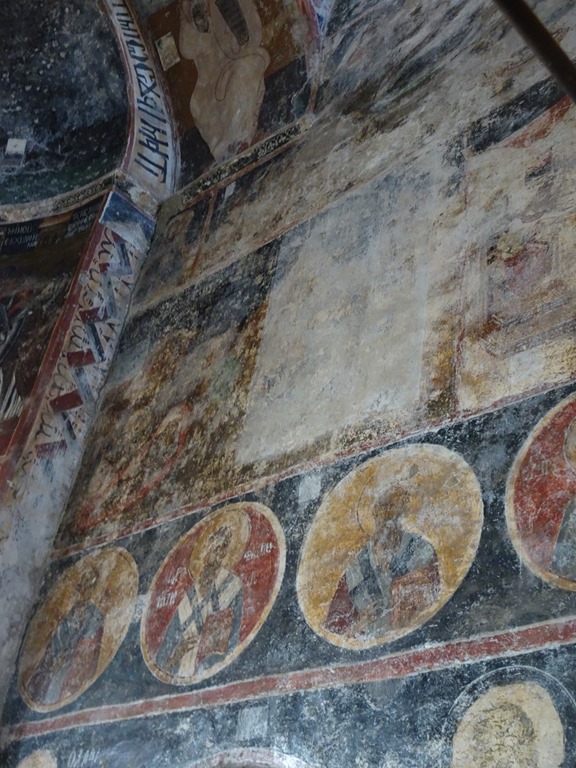 Mystras is a former town on the Pelloponese Peninsula in Greece. Founded in 1249 by the Franks (a collection of Germanic tribes), the mountain town of Mystras became a Byzantine province in 1262. Between then and 1460, when it was surrendered to the Ottoman Turks, it became a major, prosperous academic and artistic center. While the town was established on relatively level ground, it climbed steadily up the steep hill past a succession of churches, the provincial palace and, at the top, a fortified keep and castle complex.

Climbing up, from the main entrance at the base, you soon reach the Mitropili, the ruins of a dual-domed Byzantine church that after six centuries of disuse, still retain impressive traces of its original frescos. The very modest museum, which is part of the Metropoli complex, provides a very, very brief overview of the Byzantine settlements and provides a few examples of the art produced in the settlement. 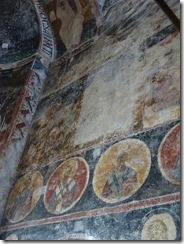 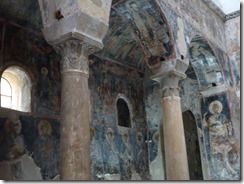 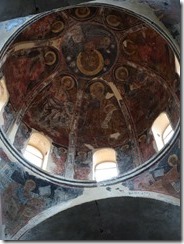 Just as impressive are St. Theodoras church and the Hodgetria, a monastery that is just a fee meters away, both of which have lovely domes and faded, but still very lovely frescos. After passing several indistinguishable foundations and walls on the long, hot, uphill trek you reach the impressive ruins of the Despot’s Palace and further up, after many other indistinguishable ruins, the lovely St. Sophia. 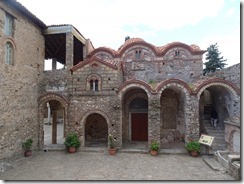 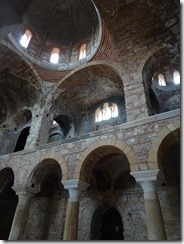 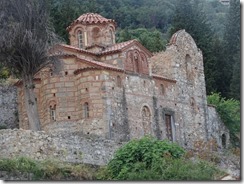 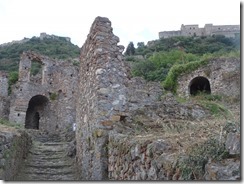 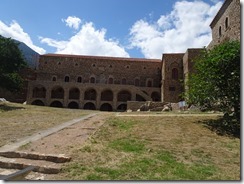 As you climb higher and higher, the ruins become more sparse, and the views more spectacular. You are driven on by the hope and expectation that the castle that tops the mountain, is not much further. You do, however, eventually reach the summit of Upper Town Mystras and the fortress which retains its original Frankish design. While not much is left of the interior, it is still fun clamoring along the walls and peaking through the ramparts, over the steep cliff faces, down—way down—into the valley far below. 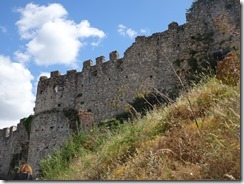 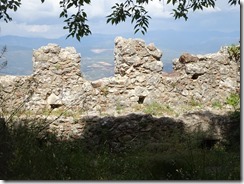 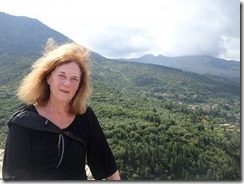 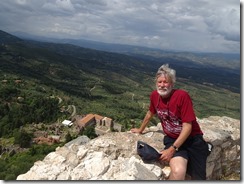 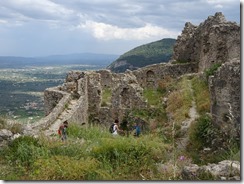 Many of the churches and monasteries (especially the roofs and the remnants of the frescos) are indeed spectacular. So too are the views from the summit. 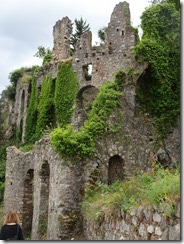 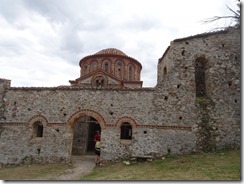 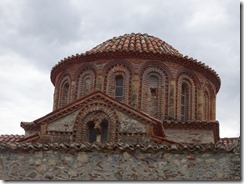 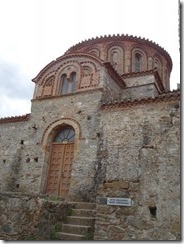 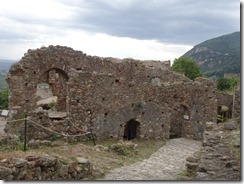 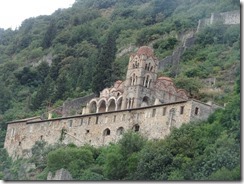 The complex does, however, have a serious problem. The documentation stinks. Few structures have signs to identify them. Although there are a few interpretive panels, they provide limited information, and most keep saying the same thing. Although the archeological parks is certainly worth seeing, and it is very good exercise, don’t expect learn much from the experience. Still, it is beautiful.