Wherever we are in the world, we make it our mission to learn as much as we can about the wines in the area and to visit wineries when possible. Crete Greece was no exception. Although we had local wines with many of our dinners, we limited our formal Cretan wine tastings to three wineries that grow grapes in different parts of the island. Of course, Crete has many additional wineries which can be found at Wines of Crete. Some wineries allow you to walk in but prefer reservations to ensure they are there. Of course it all depends on the size of the winery.

Domaine Pateriannakis which is located outside of Heraklion in Peza, one of the island’s four designated “PDO” wine regions. It is the first all-organic winery on the island. The family has been growing grapes for three generations and producing wine for two, having recently passed control from the father to three daughters. We tasted seven wines, most from exclusively local varietals, and a couple blends that included small percentages of international grapes. While some of these varietals appear to be an acquired taste, we found some to be quite nice and others, while not exactly our taste, to be very interesting expressions of wine produced in such a hot climate. We enjoyed the Cretan Assyrtiko, which is grown at about 650 meters elevation. We found it to be more aromatic and less minerally than the more widely known (and somewhat more to our taste) Santorini grape. We also enjoyed some others: 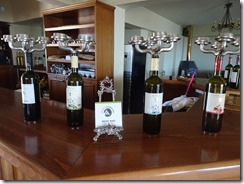 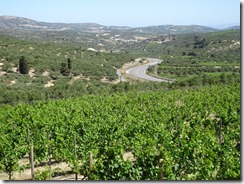 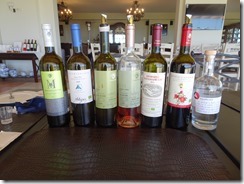 Kaldos Winery is in the central part of the north shore of Crete, near Rethymno, is yet another example of a young, trained oenologist who has worked in other countries and who is taking over a father’s business, transforming it from essentially a small, 30,000-bottle equivalent bulk producer, into one that produces nice bottles. Although Rethymno is not supposed to be one of the island’s top wine regions, we liked many of the wines we tasted. These include:

Manousaki Winery is on the western part of the north shore, near Chania. It has grown from about 30,000 bottles per year (70 percent for export) to 170,000 bottles (70 percent domestic) within less than a decade of the winery passing from father to NYU MBA daughter and Greek Master Somm and chef son-in-law within less than a decade. This was done through a combination of some very nice wines that are tailored to local tastes (young, light, fruity, easy-drinking wines), marketing (lovely facilities, advertising, education of stores, restaurants, media, etc.) and brand extension (eco- food and wine tours, cooking classes, olive oil and sea salt). And this in spite of charging premium prices (generally from 12 euros, and up to 45 euros for a very limited production Mouvedre), being in a less wine-growing friendly section of the country (hotter, wetter, poorer draining soil, etc) by growing their grapes on steep slopes (to improve drainage) at higher altitudes (350-850 meters) that take advantage of cooling northerly winds) and by adapting vintification processes. Of the roughly 15 wines (not to speak of the olive oil and salt) we tasted, we had five favorites: 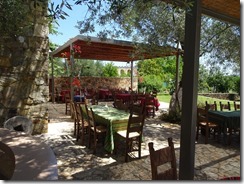 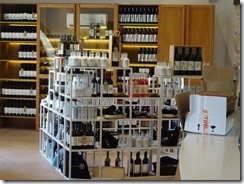 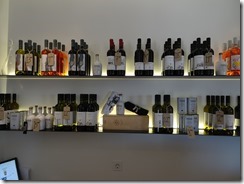