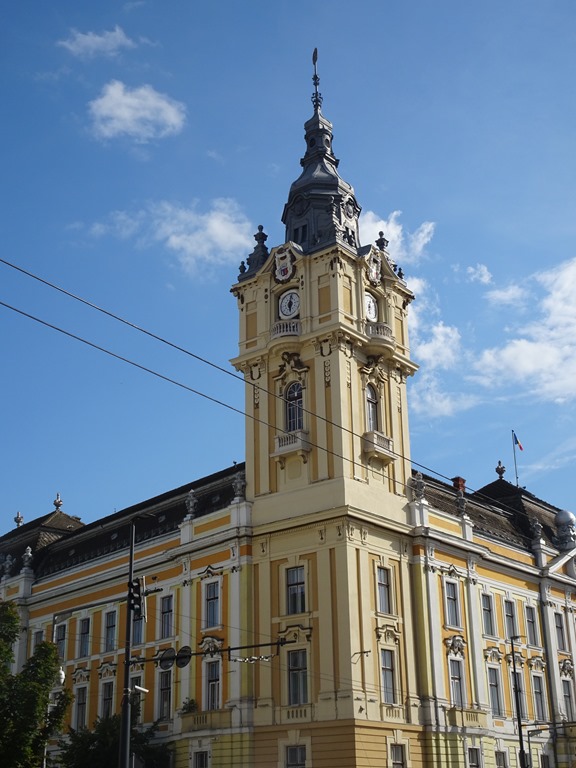 Cluj-Napoca is Romania’s largest city. It began life as a Roman colony which was abandoned. It was resettled in the Middle Ages by German, Saxon craftsmen and merchants whom the Hungarians (who then controlled the town) recruited to expand trade and improve fortifications in the area. Although it traded hands many times in its history, it spent far more time affiliated with Austria and Hungary than as part of Romania. It was, fact, not ceded to Romania until 1918, at the end of WWI.

Among the “must-see” sites are: 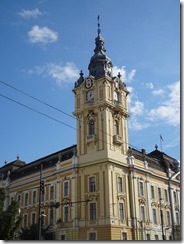 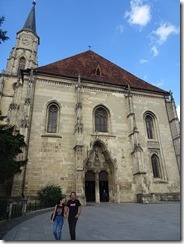 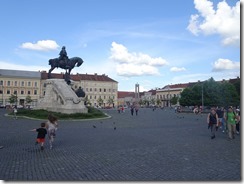 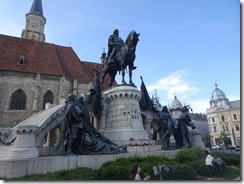 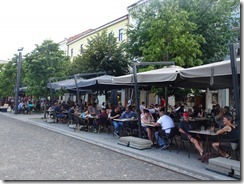 Although we arrived too late (and flew out too early the next morning) to really explore any of them, we did have about an hour to walk some of the pedestrian streets, alleyways and plazas lined with 19th and early 20th-century buildings. While many of the buildings are quite plain, there are a number of beautiful, Neo-Classical buildings, some with ornate decorate elements. The city also has remnants of its city walls and a number of guild towers, none of which, unfortunately, we were able to visit. 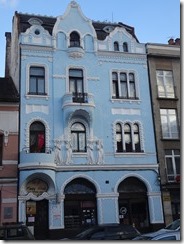 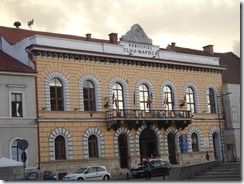 Cabnent de Vin et Cocotte, a wine bar with an intriguingly modern menu captured our attention. We are glad it did. We began with two very nice appetizers: Burgundy snails in herbed garlic butter and smoked raw trout with artichoke, sun-dried tomato and red beans. We then moved on to an even better main dish: a bowl of steamed crayfish, razor clams, mussels, shrimp and clams in a light, herbed tomato broth. The shellfish was plentiful and delicious and we couldn’t stop until we sopped up every bit of the broth with the tasty, lightly toasted bread. After telling our server what we were having and telling him broadly what we were looking for in wine, he recommended a 2017 Domaine Ceptura Blanc (a blend of feteasca alba, riesling and sauvignon blanc from Romania’s Dealo Mare region) which worked perfectly with our the trout and the seafood.

We stayed at the Doubletree Cluj. It was a very typical Hilton-type hotel. Staff was helpful and room, linens and pillows were great. In old town so a great location. Nothing exciting but a nice place to stay.