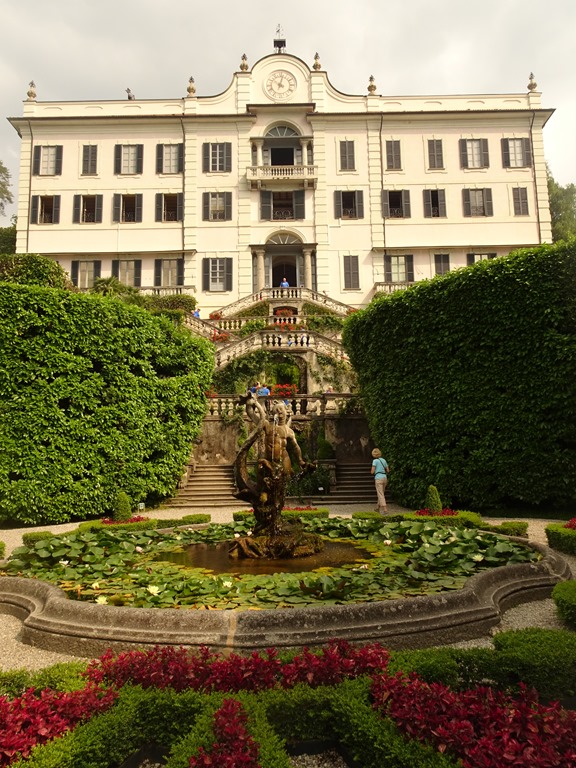 Lake Como is so beautiful and peaceful. Tremezzo is one beautiful area, located on the west side of Lake Como. Like many other towns on Lake Como, it is easily accessible by ferry boats. Tremezzo is known primarily for one highlight:

Villa Carlotta is a beautiful, three-story, 18th-century summer home built by a Milanese Marquis. The second owner established it as a palace of art with a huge, formal Italian garden with sculptures, stairs ad fountains, helping to make it a popular stop on the Grand Tour. The art collection and gardens were continually enhanced through subsequent owners.

The estate is especially know for its botanical garden, and especially for the spring flowering of its rhododendrons (for which we were too late) and its azaleas (which we saw). The gardens also have extensive and rare collections of bamboo, papyrus, cactus and succulents and its century-old cedars and sequoias. 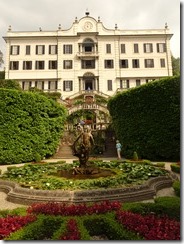 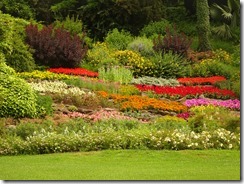 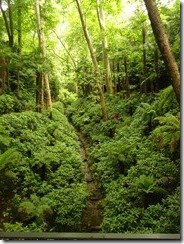 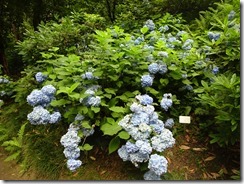 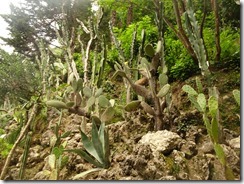 The villa itself is an art museum, with lovely collections of Classical and Neo-classical sculpture (including Eros and Psyche, Last Kiss of Romeo and Juliet) and paintings and 19th-century French furniture. When we visited, it was also hosting a show of nature painting by Italian painter Giovanni Frangi Urpflanze. And when we were visiting, we were treated to a concert by a local, 30-piece band. 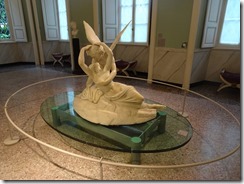 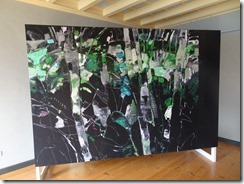 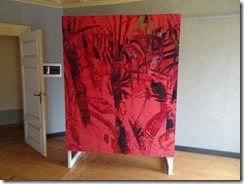 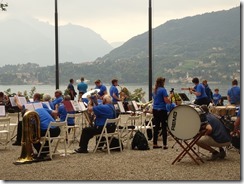 The town is also home to a 12-century church and another lovely, early 20th-century, 5-star, Grand Villa Hotel.

Varenna is an even older  town on Lake Como, this one on the east shore, that is easily accessible by ferry. Smaller and more understated than Bellagio, its shoreline is defined not by promenades and cafes with outdoor seating, but by a narrow walkways punctuated by medieval stone stairways that climb past homes and restaurants to the town’s main piazza with its town hall and three churches, one with a tall, stone bell tower (Chiesa San Giorgio) and another tiny, 11th-century basilica (Chiesa di San Giovanni Battista) with 13th– and 14th-century frescos. 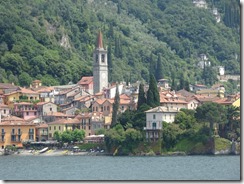 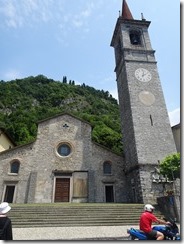 And speaking of the 11th-century, the hill above the city contains the remnants of the 11th-century Castello di Vezio, a fortress that once controlled the lake and was connected to the Varenna town walls. Although we would have liked to visit it, we weren’t up for a steep, rough 40-minute uphill hike in the middle of a very hot day. We assuaged our guilt over a lovely lunch and a glass of wine.

Varenna also has two of its own highly regarded botanical gardens (both of which we saw parts from the outside, but did not visit after our exploration of Villa Carlotta). These are Giardini di Villa Cipressi and Villa Monastero, which was converted from a monastery, to its current instantiation as a museum.

Varenna Manamour, where we enjoyed two delicious dishes on a pretty stairway landing that overlooked the lake. Joyce had a small, whole, grilled seabass with roasted potatoes, cherry tomatoes and olives. Tom choose grilled, herb-crusted lamb chops with saffron creamed potatoes. We each had a glass of the house wine, Joyce’s white was the same Lombardy wine, 2017 Mamete Prevestini Opera blend (80 percent chardonnay, 20 percent sauvignon blanc) that we had for dinner the previous night. Tom had a 2016 Piemonte Barbara (Montalbano Nuda).

Of course, we also need to talk a little about Lombardy wines. Although we did not visit any the province’s wineries, most of which are located well north of Bellagio, we did a tasting at one of the town’s many wine bars and had Lombardy wines whenever we ordered a bottle at a restaurant. The white wines are typically made from riesling, muscat, cortese (supposedly similar to pinot grigio), chardonnay and sauvignon blanc. The 80/20 percent chardonnay/sauvignon blanc blend we tasted reminded us of a light pinot grigio, rather than of either of the two varietals in the blend. The red grapes and styles vary greatly in the region, from very light trebbianos to big nebbiolo-based wines.

The wine room proprietor explained, and we then tasted two very different types of Nebbiolo-based wines: Valtelinas, which are somewhat similar to Barolos, and Storzatos, which undergo a 100-day sun-drying process like, and taste somewhat like an Amarone. We tasted a 2012 Nepomuccno Benaco Bresciano Valtelina that was aged two years in oak and two more years in the bottle. It is a very big wine with black fruit, herbs and big tannins. The Storzato, a 2013 from Bettini, was brick red, had a very earthy taste and, like the Valtelina, had big tannins and need many more years of aging it is remotely ready to drink.