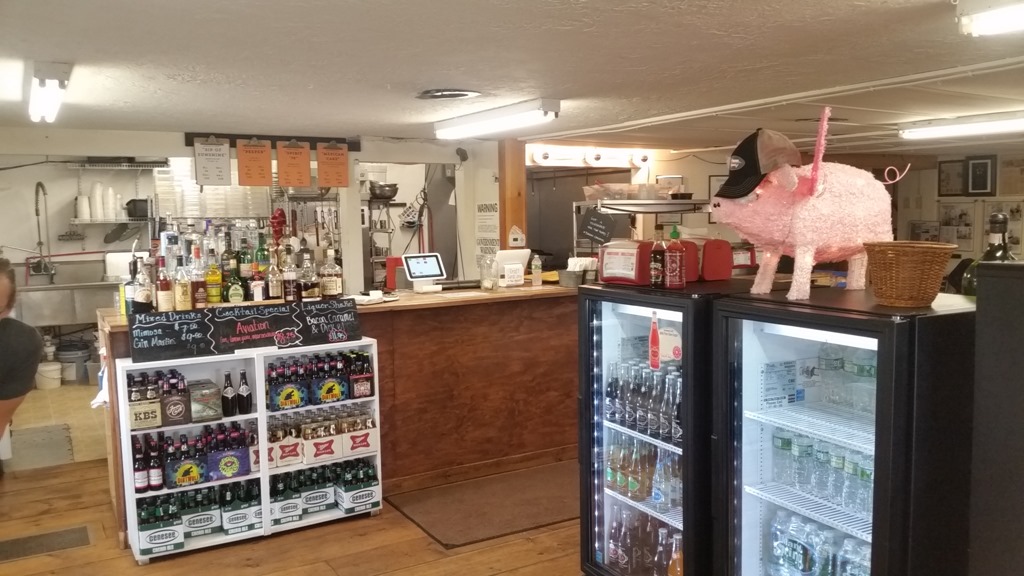 There are conferences for everything these days. One we particularly enjoy is for travel bloggers that is sponsored by the Travel Bloggers Exchange (TBEX). And like many other conferences, these conferences include inducements to attendance, including activities and parties included in the admission price. Travel bloggers, however, expect and get more. After all, while all cities, Chambers of Commerce and resorts work to attract conferences to their areas, many go to particular lengths to attract travel bloggers. Although bloggers may not spend as much money as many other conference attendees, they can provide a lot of publicity.

Towns, resorts and chambers, therefore, organize dozens of tours and activities to acquaint bloggers with the attractions of their areas and sponsors contribute gifts, products and services, as well as money. They work together to pull together many tours and activities. Most last a full day, and a few are multi-day trips.

Home Grown in the Finger Lakes

We chose a one-day tour titled “Home Grown in the Finger Lakes”. We were picked up early in the morning and were treated with visits to and informative explanations and tastings by providers of different types of locally-grown and produced foods and beverages. While the tour was supposed to include a tour of a certified organic grain producer, which had to be cancelled, our guides still managed to keep us busy for nine hours.

Food is always a good attraction and we all have to eat. Our day included one lunch/wine/dessert stop and, just in case we needed more, another dessert stop. Both have earned 2018 awards as the best of their categories in Upper New York State.

F.L.X. Wienery offers high-end low-brow food. If you didn’t know about it, you might pass by it on the highway. But you really need to stop and taste the food. It is a very popular, very casual artisanal burger, hot dog and sausage joint that offers some of the most unusual and in some cases addictive burgers, dogs, sausages, shakes and desserts we have seen and is well worth a stop. The menu begins with a choice of protein, such as white or red dogs, bratwurst, Italian or Chorizo sausage, ground beef or chicken burgers. Vegetarians can choose between a roasted carrot or black bean burger.

The fun begins with the choices of preparations. Although it offers all the standards, such as plain, chili, and “State Fair” (with peppers, onions, American cheese and smoked ketchup) dogs and plain and dressed burgers, it also offers some very unusual preparations, including those with kimchi, ciliantro, fried egg and miso mayo and those with blue cheese, bacon, mushroom, fried egg and fried onions. Those with extra big appetites are dared to try the FLX Mammoth with four patties and much, much more.

After having a chance to sample about half a dozen preparations of our choice, one preparation came out as the virtual universal favorite—which is also the house’s most popular—the peanut burger with peanut butter, bacon, fried onions and American cheese. Yes, we said peanut butter. Delicious. The surprises didn’t stop there. Sides include most of the standards plus fried cheese curds (this is, after all, Upstate New York) and Wiener Poppers.

But what are burgers without shakes? The salted caramel and pretzel and the bacon and brown sugar shakes were among the favorites.

There are also peanut butter and nutella, and a few adult shakes, such as oreo stout, nutela and bourbon and mescal and Crème de Violette. Desserts returned to the New York State Fair theme with offerings such as deep fried oreos and Nutella (acquired tastes) and the ever-popular fried almond joys.

Chef Christoper Bates, however, is much more than an artisanal fast food maven. He was a five-star Mobil Travel Guide Relais & Chateau chef in Texas and Pennsylvania hotel restaurants and is one of only about 200 Master Sommelier in the world. So of course, he also has his own winery, Elements, which makes Elements Wines. We had two and enjoyed his 2017 Chardonnay, 2013 Riesling and 2012 Syrah. And lest we forget, he also owns FLX Table, a highly regarded fine dining restaurant in Geneva.

But since when are three desserts and four milk shakes enough for dessert. Besides, who can pass up an opportunity for a tour of and a chance to sample the wares of the 2018 Best Ice Cream Stand in Upstate New York—especially when its frozen custards are made with duck eggs and whole cream?

Spotted Duck is an organic farm that that has its own flock of ducks, not to speak of chickens, pea hens and quinoa hens. They, however, use only duck eggs for its custard, since they have much larger yolks (resulting in richer flavors) and emulsify better than do chicken eggs. While the husband and wife team currently uses eggs from three breeds of ducks, it is trying to buy and breed more of the very rare (and technically endangered) Ancona ducks that produce more and richer eggs than do other breeds. Even so, they do not overwork their ducks, refusing to provide the type of artificial lighting that is required to trick ducks into laying eggs in the winter. Although they do not own their own cows, they buy their cream from an equally reliable source, six specific cows owned by a neighboring all-organic dairy.

After the tour, we were anxious to taste Spotted Ducks wares. We each had small cups of four different custards. Although a number of our fellow bloggers favored the organic fruit-based strawberry-rhubarb and lavender-blueberry ice creams, we preferred the salted caramel, candied coconut and mocha, with cookies and cream being a runner-up.

The winery tour, run by the owner and winemaker, began with a description of the grapes they produced and their growing practices, including the fact that they do not have to irrigate, since, unlike in California, it rains steadily throughout the year. This makes for fuller berries and permits yields of about four tons per acre, compared with two or three for many California wineries. (This, of course, also reduces the concentration of Finger Lakes wines.). The tour then proceeded through the entire production processes including destemming, crushing, pressing, fermenting and aging, including a very interesting discussion of the expanding role of concrete eggs in fermenting and aging white wines. Every step of the tour, and a fair amount of time after, was spent sampling many of Glenora’s current releases. The winners, which far outnumbered its less impressive efforts, included 2014 Blanc de Blanc sparkling, 2017 Pinot Blanc, Sauvignon Blanc, Gewürztraminer, Chardonnay and Dry Riesling, 2016 Merlot and Cabernet Franc. As for sweet wines, we enjoyed its Iced Vidal Blanc.

Fulkerson is somewhat unique in that it makes and sells not only wine, but also provides all the supplies and provides guidance required for individuals to make their own wine and brew their own wines at home. It also sells the juice from which home winemakers can make their own wine. Its primarily business, however, is in growing its own grapes and producing its own wines, of which it offers about 30. These include not only most of the better known international varietals, it also produces a number of native New York and hybrid grapes of which we have never heard, much less tasted. These include Vincent, Zweigelt, Dornfelder and Diamond. Unfortunately, we have not developed a taste for these nor many of Fulkerson’s other wines. We most enjoyed its Dry Riesling.

The Finger Lakes is home to a growing number of breweries. We visited Climbing Bines, which is named after the tall “bines” on which hops are grown. Just what are hop bines? The word has two meanings: It refers to both the individual hope cones and also to the vertically-growing vines on which the hop bines grow. They explained this and pruned a few of the bines to show which types of types of cones can and cannot be used for making its ales. They also, of course, provided tastes of any of the nine ales they produced, from its light hefeweizen and blonde, through its big Big Ivan’s extra hoppy and malty IPA and dark chocolate and coffee-tasting Stout. For those looking for more exotic tastes, you could try its Tart Cherry and Honey Apricot Ales. Tom personally tended to lean toward its Amber and relatively light Rye IPA.

In addition to a food and wine tour, TBEX also had some amazing parties and food. All of which are held at an interesting local attraction. This year was no different.

The Opening Party was inconveniently held the evening of our all-day Pre-Comdex day of overeating, accompanied by numerous wine and beer tastings. But we’re veterans of such events. Besides, it’s our job.

The opening party was held at the Watkins Glen International Speedway, one of the country’s premier motorsport racing venues. Our party was divided among four of the Speedway’s premier entertainment venues, among which we could either walk or take one of the continuously running shuttles. Each venue had its own local entertainment (typically bands, but with one all drum group), wines from two local wineries and beers from one local craft brewer. Each also had its own food menu. One, for example, had raw oysters, shrimp, crab claws, lobster rolls and crabcakes. Another venue had lamb rack, Mediterranean quinoa salad, grilled sweet corn on the cob and Brussel sprouts. In addition to food, wine, beer and entertainment, another location housed an organic farmer’s market at which, to be polite, we had to sample many types of fruits, cheeses, sausages, maple sugar candies and more. Each venue, of course, also had its own selection of desserts, including mini eclairs, pastries, tiramisu, cheesecake and baklava. Nobody left hungry or thirsty. The event was very nicely done, although we wished we knew up front that there were 4 different locations set up. Now if only we got to ride in a race car around the track…….

The Closing Dinner, meanwhile, was a more subdued affair, with only two bands and local, upstate New York comfort foods, such as chicken speedies (marinated, grilled chicken) and salt potatoes. (one of Joyce’s favorite).

Lunches also featured local foods. The first lunch, sponsored by Wegmans (our absolute favorite of all grocery chains..we only wish they came to San Francisco) consisted primarily of locally-sourced, organic foods including salads, bread and apple tarts, along with non-locally-sourced sushi. The second lunch was another type of local affair that was great in concept, but poor in execution. It consisted of local food trucks. Unfortunately, there were not enough trucks (two, apparently, cancelled at the last minute). One, in particular, had waits of more than an hour, forcing people to either leave the line and find food elsewhere, or miss part of the first afternoon sessions.