With 110,000 citizens, Billings is Montana’s largest city. It was created by and named for the president of the Northern Pacific railroad who built a key rail stop a few miles outside of Coulter. Although it has long-since disappeared, Coulter was an established town and paddle-wheel steamer stop.

The area grew into a regional transportation, distribution and retail hub. It continued to grow due to its proximity to the Bakken oil field, the Heath shale oil field, coal mines and its regional agricultural (especially sugar beets), education, and medical center.

The railroad, which was responsible for the city’s birth and much of its growth, form the heart of the city’s historic district with the nicely renovated 1909 train depot (now an event space), along with the Rex Hotel being the centerpieces of the Montana Street Historic District. The handful of city’s other interesting historic buildings such as the 1903 Moss Mansion, the Masonic Temple and a private club are scattered around the city, most of whose buildings appear to be from the 1940s through the 1980s. 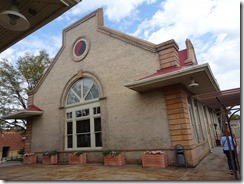 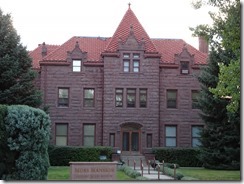 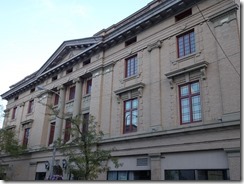 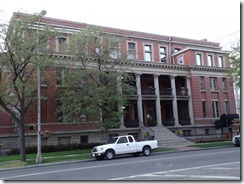 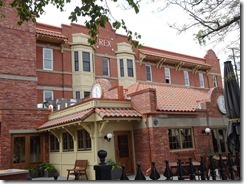 Unfortunately, the railroad, which gave birth to and has contributed so much to the city’s growth, now divides the city with regular freight trains. Some of the trains can be two to three miles long and take 10 to 15 minutes to pass, blocking all traffic.

The area’s history, however, goes back much further than the beginning of the 20th century. One area of the city, in particular, provides remnants of human habitation as far back as 11,000 years ago.

These Pictograph Caves are a National Historic Site that contains three caves that overlooked the Yellowstone River and were close to edible and medicinal plants and traditional game migration routes. They have been home to humans for more than 9,000 years. They were the ceremonial sites of Blackfeet and Crow Indians and were where 17th- and 18th-century trappers took refuge.

Each of these groups left evidence of their stays. These include remnants of old fire pits, dozens of pictographs painted on the caves’ walls with charcoal and reddish pigments, and over 30,000 physical artifacts.

The visitor center provides dozens of examples of prehistoric artifacts, ranging from hunting and food preparation tools, to tools for shaving skins and sewing garments, to decorative carvings and beads and remnants of woven baskets. The caves also yielded ancient artifacts from hundreds of miles away, such as harpoon points carved from caribou bone and soapstone carvings that provide evidence of established trading patterns with the Pacific Northwest. 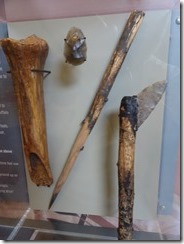 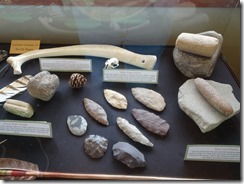 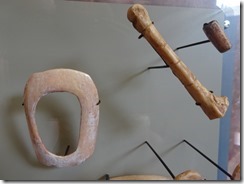 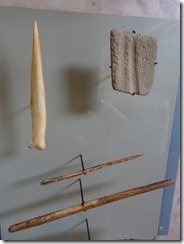 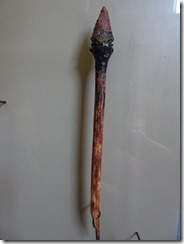 Pictographs, that were traced through the carbon dating of pigments, suggest contributions from different eras and civilizations. While many are difficult to make out with the naked eye, certain weather conditions (such as heavy moisture and the appearance of occasional calcium films on the walls) and scientific tools and techniques bring out many others. These include everything from basic, several millennia-old human and animal figures through later images of armed warriors, to symbolic representations of supernatural beings (called thunderheads), an image of a turtle carbon-dated to 1480-1650 A.D. and 17th- and 18th-century representations of rifles. 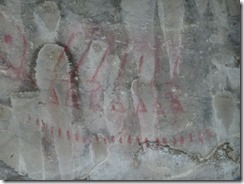 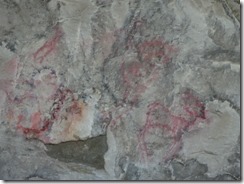 Another cave (the so-called Ghost Cave) shows evidence of much older life, albeit not human. This is in the form of fossils of clams and other marine life from a prehistoric seabed than used to cover the area.

On a more contemporary vein, the Billings area also provides a number of outdoor recreation opportunities. We took advantage of a few of these with hikes and walks through some of the neighboring parks. These include: 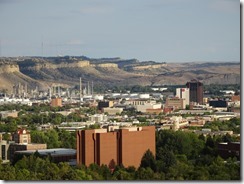 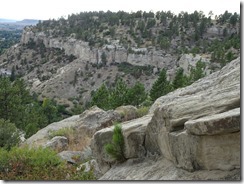 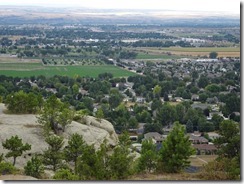 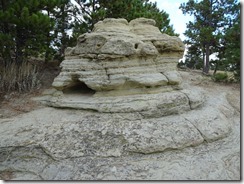 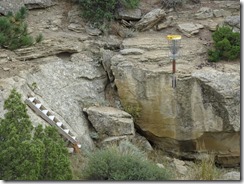 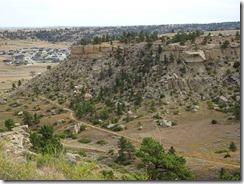 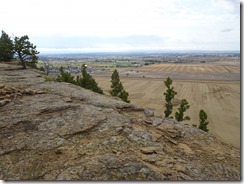 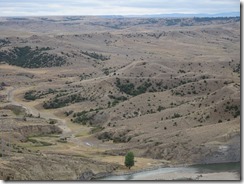 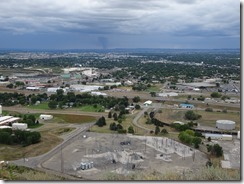 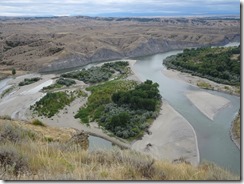 Some locals also highly recommended that we visit the DanWalt Gardens, which consists of trees, shrubs, water features, and seasonal plants. We, unfortunately, weren’t able to capitalize on this suggestion.

Yellowstone Cellars and Winery is a nine-year-old Billings winery that sources grapes from Washington’s Yakima Valley. It produces about 5,000 to 6,000 cases per year, most of which are sold directly through its tasting room/event space and its wine club. 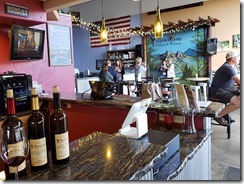 We tasted several wines that we enjoyed: 2018 Chenin Blanc, 1016 Malbec, 2015 Rimrock Red Bordeaux blend, 2016 Sangiovese and 2016 Tempranillo. The barrel sample of the  2017 Carmeniere also shows promise. Given the prices of $19 to $26 a bottle, the wines are quite attractive. The tasting room is open every afternoon and evening. It also serves snacks including pizzas, flatbreads and cheese, and charcuterie plates. It has music on Friday and Saturday evenings.

As we were also in town for a conference, we ended up at a couple of event locations. 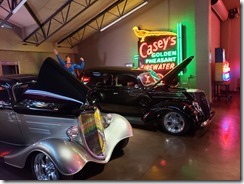 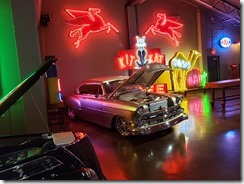 Since we were in Billings Montana for a conference, we stayed in two different hotels. The first was downtown. The second was the convention center hotel.