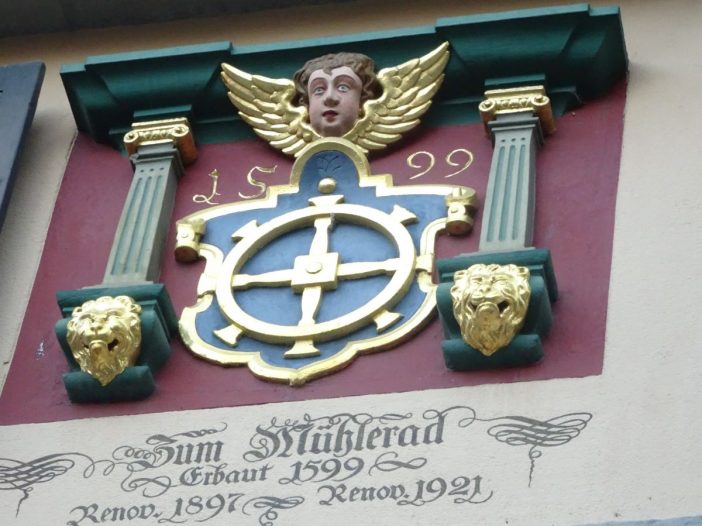 Zurich is known primarily as one of the world’s most important centers of global finance and banking. Its history is much more dramatic. It initially was settled in the 1st century BC by a Celtic settlement. In the 9th century, it was expanded to a Roman fortress and developed rapidly into a trading center. Then Zurich was passed to the Holy Roman Empire, In 1351 it joined the Swiss Confederation, after which its merchants grew wealthy on their trading of leather and many types of textiles. By the 16th century, however, labor had organized into crafts guilds and sapped power from the merchants. Its prominence and wealth faded considerably during the 17th and 18th centuries, only to resume in the 19th on the basis of industrialization, and increasingly finance.

We had very little time in Zurich but managed time for a one-hour morning walk in its compact Old Town. We spent much of this time exploring:

The city has three iconic buildings:

Hotel Wellenberg. This boutique hotel in Old Town was quite nice. Although we had to take a taxi from the airport to get here (taxis are very expensive), we were within easy walking distance to the train station.  What was not to like? The beds and pillows were very comfortable. The room had both a coffee machine and a hot water pot. When we got into the room, we discovered a welcome gift of doughnuts. The shower was strong and had a rain shower or a spray. Breakfast was quite good with cereal, meats cheese, bread scrambled eggs, sausage etc. And the staff was very helpful. The key was a bit unusual. It is a round disc that they put on a rope so that you can put it around your neck. Coffee pot, hot water pot.