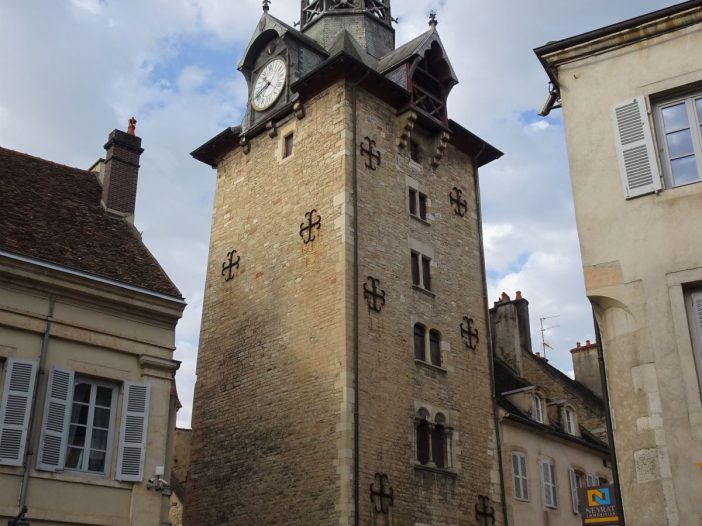 What’s not to love about visiting France’s Burgundy Region? We love its foods, its wines, and its atmosphere. We were last there 7 years ago and it was time to get back. Beaune France is the largest city that is specified in the Burgundy Wine Region.

Beaune is also one of our favorite small French cities in the area. We enjoy exploring its history, character, signature buildings, restaurants, and many tasting rooms and wine stores. And we love its close proximity to Burgundy’s best wine regions:

But before getting into our favorite subject of wine in our next blog, let’s take a brief look at Beaune.

Old Town Beaune is small but charming. It is easy to explore by foot but for some reason, we often needed our GPS to figure out how to get around the twisty streets. While tourism opportunities are limited, we spent a fun day exploring the old area. We started by just wandering around and viewing the old cobblestone streets and old stone buildings. We explored some of the more historical sights such as the restored portions of its city wall, city gate, the 12th-century Notre Dame Collegiate Church, and the 17th-century Town Hall (which used to be a convent).

As we were there on a Saturday, we ran into a farmer’s market in the central square. We always like seeing and tasting some of the seasonal produce, the wares of the local truffle merchant, cured salamis, and especially cheeses. We couldn’t resist picking up a round of Epoisse cheese for a ridiculously low price of about $5.

The town also has many places to taste and buy wine: Marche aux Vins, tasting rooms of negociants such as Joseph Drouhin and Louis Jadot, or one of the dozens of the city’s wine stores or wine bars.

Hotel Abbaye de Maizieres is a beautifully converted 12th-century abbey that has been nicely renovated while keeping its charm. The hotel is lovely and very comfortable. The rooms are fairly large and the beds are very comfortable. The bathroom has a large walk-in shower, big plush bathrobes, and slippers. While the room didn’t have much shelf space, you can make due. The room has a coffee machine and a water hot pot. Beautiful leaded glass windows open up for fresh air or you can use the AC (in season). The bathroom had a separate heating zone. It looks like all of the rooms are a little different. Ours was #16. Breakfast is by candlelight on the arched ground floor and is a la carte. The orange juice is fresh-squeezed and the bread seems to be freshly baked. The omelet seemed a little watery but tasty and you could add salmon, bacon, ham, cheese, etc. And the biggest surprise is an indoor swimming pool in what used to be the monk’s wine cellar. The staff is very accommodating as you would expect for this type of place. We highly recommend this place.