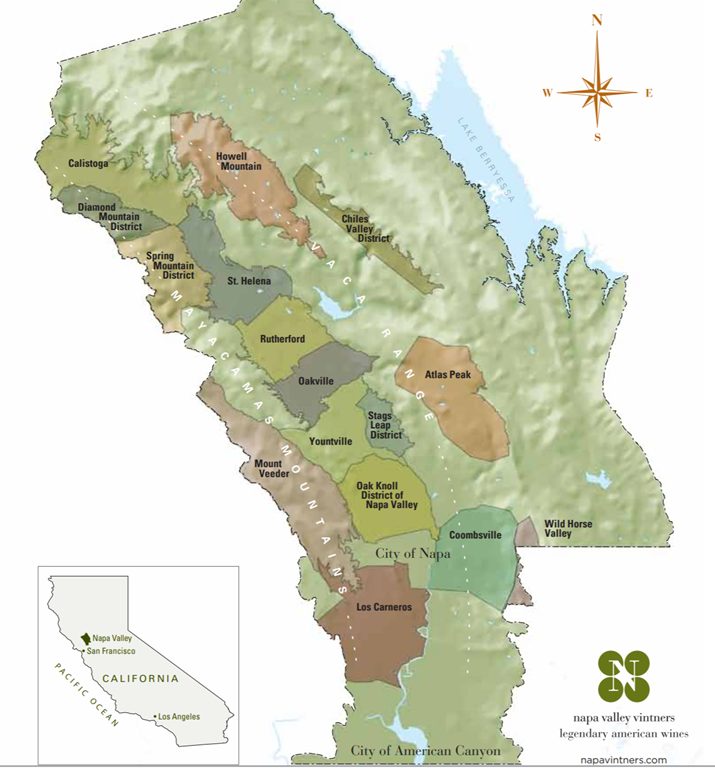 Premiere Napa Valley (PNV) is Napa Valley’s primary showcase event for futures auction of barrels of its most recent vintage wines. The event attracts wine professionals and those from the wine trade and media from around the world. It also attracts us. It gives us a chance to taste and report on vintages that we will be seeing in the future.

While tastings sometimes involve white wines (typically Sauvignon Blanc and an occasional Chardonnay and Pinot Noir from the Valley’s cooler Carneros region), they are, overwhelmingly, a celebration of Napa’s primary wines—the Cabernet Sauvignons and Cabernet-based, Bordeaux-style blends for which the valley is famous. Depending on each vintner’s aging practices, the new 2020 releases consisted primarily of 2018s and 2017s—two very different years. Wineries often accompanied these tastings with some of their earlier vintages to show how a wine might age. The event culminates in the valley’s big, annual charitable event, the PNV Auction. The proceeds help fund promoting, protecting, and enhancing the Napa Valley appellation. And since every celebration demands a party, each evening ends with a big, wine-based party.

2018 was a good and solid, although not a great year for Napa wines. Napa had virtually a trouble-free growing season with relatively cool, consistent temperatures, long grape hang times, and good quality and high yields. The resultant wines are generally above average, understated wines with good balance, deeper colors, and lower tannins than normal.

A combination of factors haunts 2017 Napa wines. Much of the produced wine is inconsistent in quality due to the following:

In hindsight, the unwelcome summer and Labor Day Weekend heat sped up grape ripening. Many wineries picked their grapes earlier than normal, especially whites and Pinot Noir grapes. And approximately 90% of Napa Cabernet Sauvignon grapes were picked before the fire. Still, the year’s production was challenging to manage.

PNV provides dozens of tastings across several wineries spread across the valley over several days. Some tastings are organized by appellations. Others are organized by a specific winemaker and others had no particular theme that we could discern. We sometimes ran into the same wine at multiple locations. But regardless of where we could taste the wine, PNV provides a superb opportunity to pre-taste hundreds of extraordinary wines. We were unable to go to every tasting, but we did hit quite of few of them. Most of the prices for the Premier wines have not yet been determined and most are produced in very small quantities. While final pricing may be out of our league, it didn’t stop us from identifying our favorites. Of course, our tastes may not mimic your tastes. But here are the wines we especially enjoyed in each of the tastings.

We began with a small, kickoff, preview tasting on Wednesday evening.

No surprise that the Howell Mountain tasting centered around several Howell Mountain wines. But it also included wines from across the valley and a couple of “interlopers” from Sonoma. Among our favorite from an unfortunately abbreviated visit to this tasting were:

This year’s Yountville Appellation tasting seemed a lot smaller than last year. Still, we found some wines that we liked.

The tasting represented a number of wineries.

In addition to the wines, the venue was a real treat as it took place in a historic building on the vineyard.

Pritchard Hill is another of our favorite appellations whose wine is famous not only for the finesse of its Cabernet Sauvignons and Cabernet Sauvignon blends (many of which retail for more than $300), but also its other varietals. Coupled with the wine, the event’s lunchtime food offerings went way beyond the normal charcuterie, cheese, and raw vegetable plates. They passed appetizers including cheeseburger sliders, baby lamb chops, and more. And, oh yes, then there were the wines.

This venue draws a number of smaller producers

This event offers blind tastings of all of the wines that are offered at the Saturday auction. It is held at the historic Inglenook Winery. Since we were not participating in the auction, we did not taste the hundreds of wines that were being offered (although we did taste many of them at the above-discussed tastings). We did, however, partake in the tastings of 2018 Cabernet Sauvignon and especially its lovely 2016 Rubicon blend.

This party is one of the event’s classic celebrations. It takes place after the first day’s tastings. In addition to wines supplied by Cliff Lede,  guests also raid their own cellars and bring a special wine to share.  Some pull out all the stops, with 10, 20 and even 30-year old premium wines (particularly Cabernet Sauvignons and blends) from Napa, Sonoma, Washington State, Bordeaux, Australia, and other regions from around the world. As always, it is a fantastic party.

Our Own Independent Tastings

Since we went up to Napa a day before and returned a day after the formal tastings, we also managed to squeeze in a few tastings at some of our favorite wineries. These included:

How did our choices compare to last year’s? Read our Premiere Napa 2019 review.

And as we go to Napa quite often, check out some of our other blogs on Napa

And, if you are hungry when you go to Napa, check out our review of Napa restaurants.