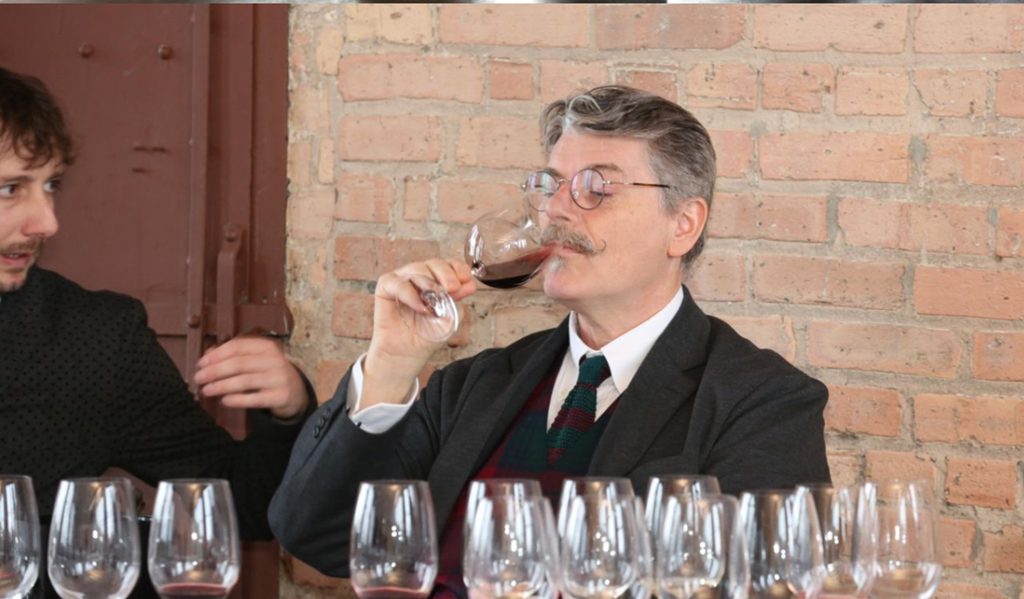 Every year, the Italian food and wine magazine Gambero Rosso sponsors a tasting tour of Italian wines that win the organization’s prestigious Tre Bicchieri (“three glass”) designation. Gamberao Rosso’s panel of experts award this rating to only about one percent of the 45,000 wines tasted. Producers who win these designations are permitted to showcase these wines in their annual event, in addition to up to two other wines (many of which are two-glass designees).

This year’s San Francisco event was at Fort Mason. It began with two seminars. Unfortunately, the seminars’ location had very poor acoustics. Add in thick Italian accents and we strained to hear and understand many of the speakers. Still, we did walk away with a new appreciation of the wines.

One seminar focused on the Emilia-Romagna region. This region in Northern Italy is between Tuscany to the south, Veneto and Lombardy to the north and the Adriatic Sea to the east. Wine has been produced in the area since around the 7th century BC. Today It is especially known for its semi-sparkling, “frizzante”-style Lambruscos. We had been mostly familiar with the somewhat sweet inexpensive Lambrusco wine that hit the US market en masse in the 1970s. Today’s Lambrusco  has evolved to a much higher quality of dry and semi-sweet semi-sparklers. While it is still not quite our taste, we were given overviews of the different varieties, styles and qualities of the current vintage. 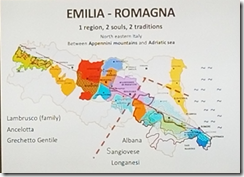 We were more attuned to the region’s distinct style of Sangiovese wines. We particularly like two Romagna Sangiovese Superiore Riservas:  a 2017 DOC Poggoigirato from Poggo della Dogana and a 2016 DOC Lucciole from Conde. The seminar also showcased two still white Albana white wines.

The second seminar was a special awards seminar took us on a much broader survey of the country’s wines from various grape varietals:

Our tastes gravitated toward:

The grand tasting consisted of about 250 wines from 120 producers. We focused on those from a handful of the country’s primary wine regions, each of which from which we found several that merited our particular attention. These included:

Please visit our past blogs on this event.