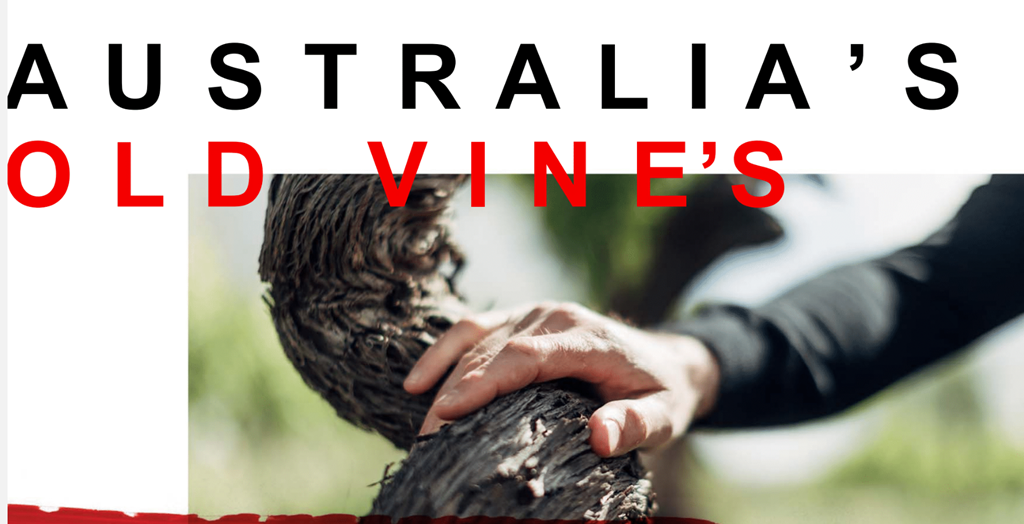 The Australian Wine board recently held a curated virtual tasting of 11 different Australian wines in conjunction with the San Francisco Wine School. The wines were all sourced from “Old Vines” grown in a number of the country’s most renowned wine regions.

As Covid was still restricting in-person wine tastings, we were sent small bottles that contained samples of each of the wines that the speakers discussed over a zoom call.

What Are Australian Old Vines?

The Australian Wine board divides “old vines” into  four categories:

Although grapes are not native to Australia, the early British settlers recognized that the weather, soil, and drainage of parts of the country appeared to be well suited to grow grapes. In 1788, the first European vines (especially French) vines arrived in the country. Many of these early vines were planted in areas near Sydney (especially the Hunter Valley) and Adelaide (especially Barossa Valley and McLaren Vale). Of these, Barossa retains more than 250 hectares of vines more than 35 years old and 250 hectares of vines planted more than 110 years ago. A few vines even date from the 1840s! 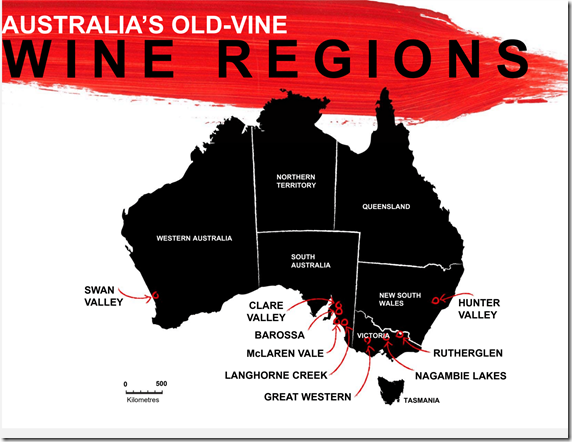 Cuttings from these and other Australian old vines were then brought to and planted in other of the country’s wine regions. And since the initial vines came from well before the emergence of phylloxera (the microscopic aphid that eats the vines’ roots), the country’s vines have remained phylloxera-free.

This all leads to other questions: Why are old vines so treasured and do they really produce superior wines?

One thing is certain. Older vines have more developed root systems. They have fewer leaves and produce fewer grapes than newer vines. And since this concentrates more of the wine’s energy, not to speak of the nutrients they get from the soil, they tend to produce more consistent fruit over multiple vintages. The resultant wines generally have a greater concentration of color, flavors, and tannins. They produce more expressive and elegant wines than younger vines.

That is the theory. But, since flavor is so subjective (note the huge range of sometimes contradictory descriptions that acknowledged “experts” use to describe the same wines), there has been no way to prove this assertion. 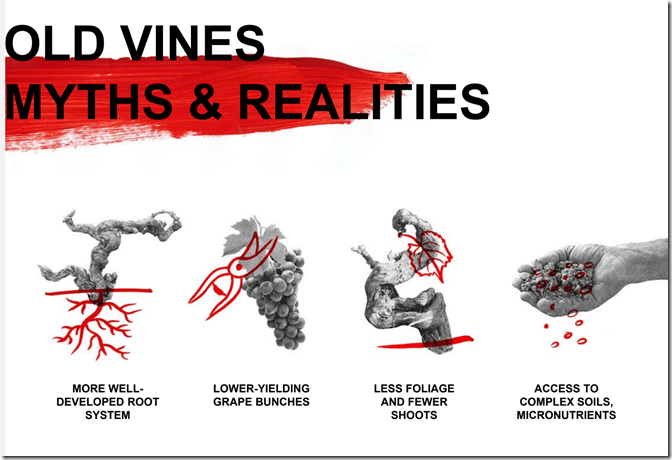 The Proof is in the Tasting of Old Vine Wines

We then engaged in a guided tasting of the 11 wines. Each wine came from old vines of different varietals from across three of the country’s premier wine regions. The wines were particularly concentrated from two appellations with which we have the most experience from our 2016 visits of Barossa Valley and McLaren Vale.

For most of the wines (at least until the session began running quite late) a panel of growers and Master Somms explained the age of the vines of each wine, the elevation at which and type of soil in which they were grown, the weather conditions, the fermentation, aging practices and more.  Although we won’t recreate these detailed discussions or our descriptions of the wines, we started with three whites:

We then progressed through a series of reds wines:

Overall, we found the seminar to be very interesting. However, neither we nor another couple with whom we participated in the event, felt that the wines were representative of the quality we have found in many of the other Australian wines–old or new vine. Yet we did find a few that we preferred, both of which were from Barossa:

While the tasting was indeed instructive, we believe that we would have been able to better discern how the use of old vines affects wine via a series of side-by-side tastings between old and new vine versions of the same varietals from similar terroirs and that had undergone similar cellar treatment. Much more than from a straight tasting of all old vine wines. Nonetheless, it was an ambitious and instructive event that provided a good grounding in the nature and effects of old vines and the important roles these vines play in Australia.

Those who wish to learn more about Australian Old Vines can peruse several sources including the website Australian Wine Discovered and the Barossa Old Vine Charter.