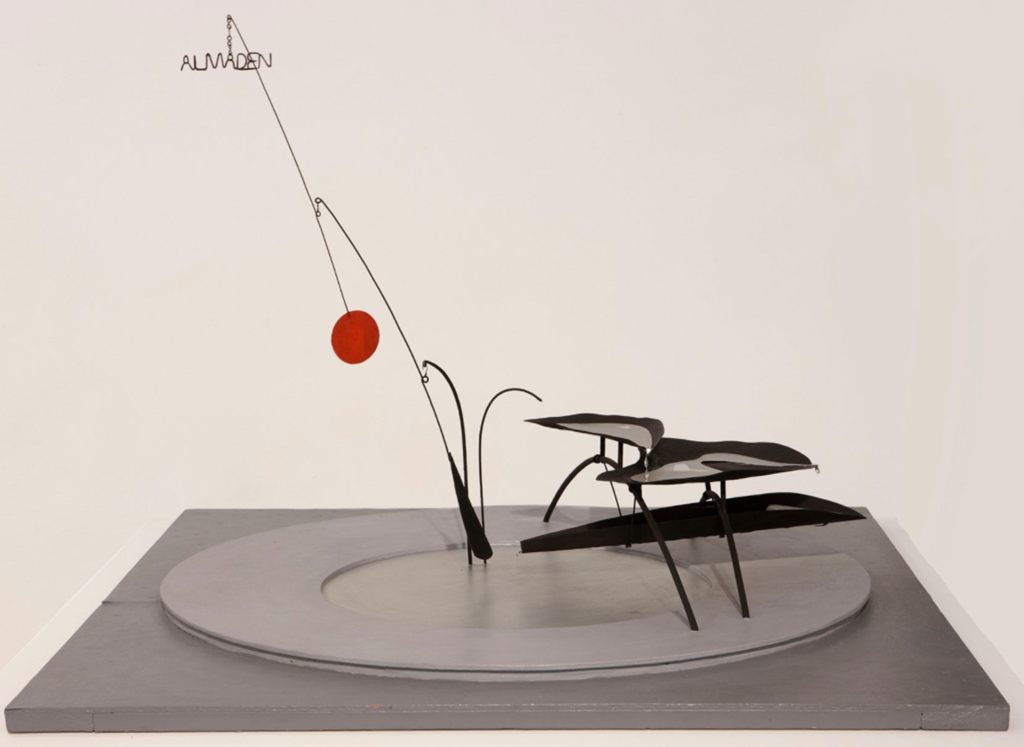 The deYoung Museum in San Francisco currently has an interesting special exhibit that traces the parallels between Calder and Picasso.

Calder and Picasso were among the most innovative and influential artists of the first three decades of the 21st century. Pablo Picasso was 18 years older than his contemporary, Alexander Calder. The artists only met four times during their lifetimes. The most consequential meeting was at the 1937 Paris World’s Fair where each displayed what would become one of each artist’s most famous works (the Spanish Republican government commissioned both of these for the event): 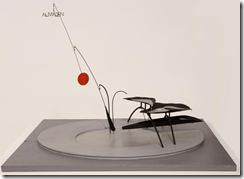 Beyond their actual meetings, however, the artists carried on informal, career-long “conversations” through their continual pushing of boundaries of abstraction (combined with varying doses of figuration) over the course of their long careers as pioneers of modern art.

After Calder’s earlier, pre-1930s work of whimsically literal wire sculptures of circuses and their performers and animals, he focused on abstract, cosmic-level representations of solar systems, galaxies, and the universe. He referred to these themes as “grandeur immense”.

Picasso’s themes, by contrast, tended to be more personal “pages from my diary”, as in the many quasi-portraits and representations of his mistresses and wives. Both artists, however, demonstrated lifelong fascinations with the nature of and relationships among colors, lines, volume, space, and especially in the case of Calder, voids.

Parallels in the Absence of Space

The exhibition is organized around themes that suggest parallels between their ever-changing perspectives of these concepts. True, the artists’ works have profound differences:

Yet both tend to strip their representations of details and decoration in favor of spare images that focus on the lines, shapes, spaces, and colors that convey the meaning of the subject.

The exhibition consists of more than 100 sketches, paintings, and sculptures that speak to each of the artist’s continual experiments with forms and voids. While Picasso’s most fully-formed visions are often best represented in his paintings, his sketches, such as in his sequence of deconstructed and reconstructed elements of a bull visually demonstrate the process by which he realizes his surrealities. Calder’s metal stabiles and mobiles, by contrast, are intended to represent only one still imaginary reality—the forces that govern the universe. 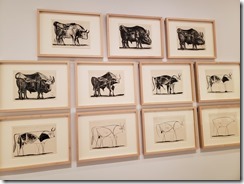 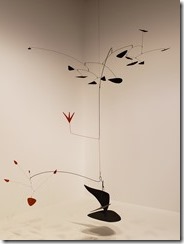 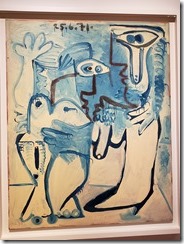 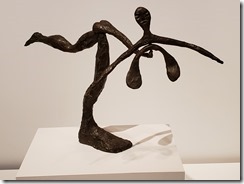 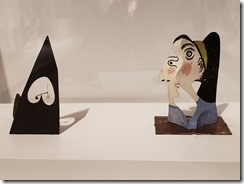 While we were at the museum, we also took a quick tour through another of the museum’s temporary exhibitions: on the life and works of Mexican artist, Frida Kahlo. While Frida’s fame is often dwarfed by that of Diego Rivera, her famous on-again, off-again, and on-again husband, she was an accomplished artist in her own right. 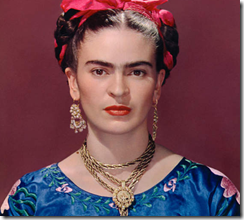 The exhibit begins with a portrayal of her childhood. She was born at the dawn of the Mexican Revolution. This shaped her worldview for the rest of her life. So too did the perspective she learned from her photographer father and especially her bouts with polio and a bus accident that left her disabled and in pain. She had to use a prosthetic leg and wear terribly bulky and uncomfortable back braces and corsets for most of her life. These were instrumental in shaping her artistic vocabulary of pain, loneliness, and “otherness”. 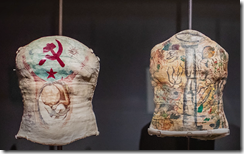 These experiences helped produce a somewhat dark view of the world that was represented in some of her works, such as her self-portraits, including that with Joseph Stalin. The continually dour representations of herself continued with the exaggerated (from real life) single pronounced dark eyebrow above both of her eyes. And so enmeshed is her self-image with the ideals of the Mexican revolution that she began to represent her birth year from 1907 to 1910, the year in which the revolution began. 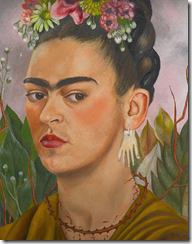 Her career as an artist, however, didn’t really begin to flourish until her Depression-era trip to the United States (which she referred to as “Gringolandia”) with Rivera, who had been commissioned for major murals in San Francisco, New York, and Detroit. During this period that she began wearing the indigenous Tehuana-style attire which intentionally marked her as an “outsider” in the U.S. This, along with the androgynous image and eyebrow form the still iconic, largely self-constructed image with which we are still so familiar today. The exhibit appropriately concludes with several of the Tehuana style dresses that complete this image. 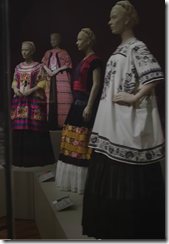