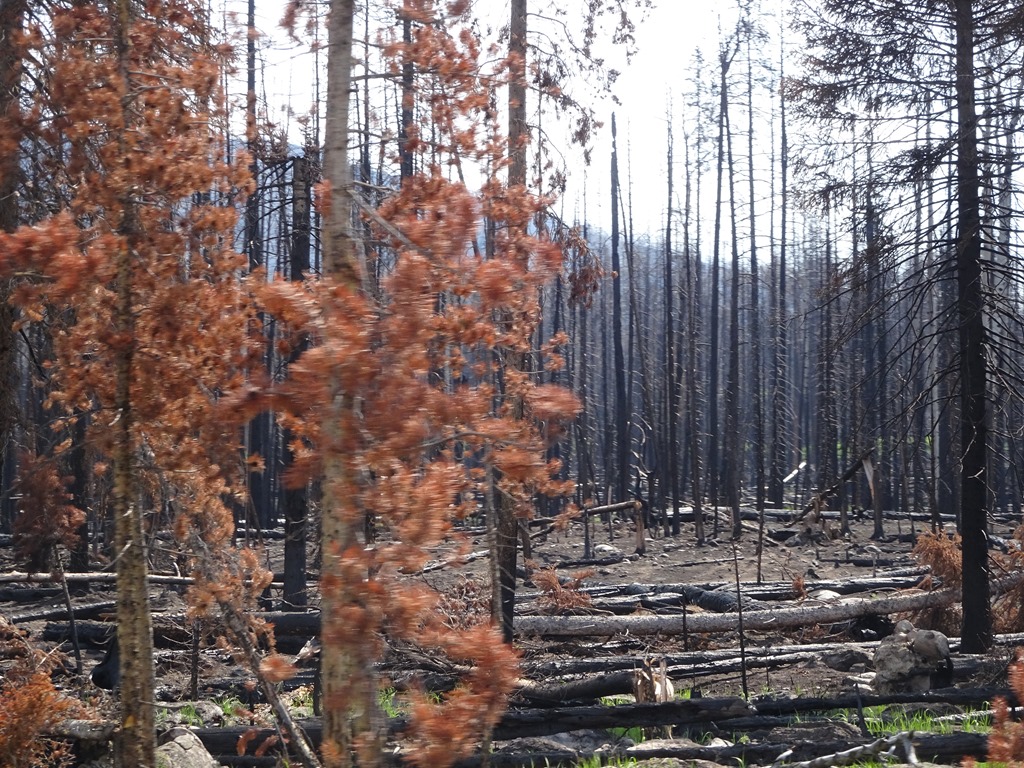 We can’t count the number of times we have visited the Rocky Mountain National Park, We’ve driven the park’s roads (especially Trail Ridge Road—the highest paved road in the country), explored the visitor centers, stopped at the designated overlooks, walked a number of the trails and read the interpretive signs.

Unfortunately, too many other people also love going here. Now, in addition to a park pass, you need a timed entry pass during the more popular summer months.  As the more popular entrance times are quickly snatched up, sign up for your preferred time as soon as you know your dates. Additional times open up at 5 PM the night before each date but they are sold out within minutes.

The good news is that once you have your timed entrance pass, the limit on cars makes it easier to drive and find parking.

Nature in the Park

This time, we entered the park from the west where we passed through some of the residue of two October 2020 fires that burned significant portions of the park and surrounding areas and, if they merged, could have taken out much of the park’s scenic Trail Ridge Road alpine region. 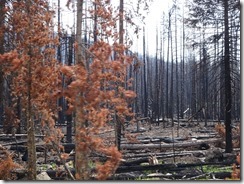 Not too much further down the road, we saw an elk chomping on the grass. 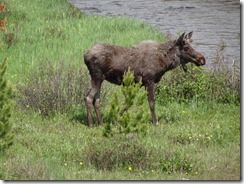 The Parks Many Ecosystems

This brief visit entailed a few brief stops at some of the park’s many visitor centers, most of which are devoted to the ecosystems of the park’s multiple zones from: 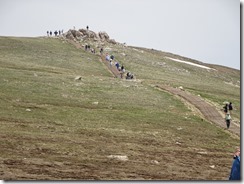 This alpine region has bitter cold, strong winds, low precipitation, and terrain in which only tiny specialized grasses, plants, algae and lichens can grow mere microns above the surface due to short growing seasons. In order to find water, their roots reach six or more feet below the surface. Trees and bushes that do manage to grow at the margins of this region, may require 100 years to gain one single inch in diameter. Banner Trees and Krummholz are virtually bare of needles and take on stunted and distorted shapes as a result of winds that often range from 100 to 150 MPH in the winter. Some of the region’s lichen may grow mere microns over a century but may live for more than 1,000 years. Animals such as marmots, pikas and ptarmigans survive either by hibernating, migrating to lower elevations or by behavioral or even evolutionary adaptation.

Then, back down to lower, sub-alpine elevations, we took a few short scenic trails:

Alberta Falls, a short (1.6 mile RT), easy (230 foot elevation gain), highly-recommended trail that traces a creek through a pine forest and aspen groves to a lovely 30-foot waterfall. The trail provides several views of cataracts and viewpoints on the way to at the falls. 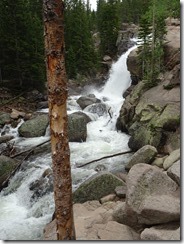 Copeland Falls, in the southernmost Wild Basin section of the park is an easy 0.3 mile walk to a small cataract that presents itself in two sections. While this easy to access falls is not especially dramatic, it is but the first stop along an 11.3 mile trek with an elevation gain of more than 2,500 feet. A number of more dramatic views are further up the creek including Calypso Cascades (1.8 miles, 700-foot gain) and Ouzel Falls, 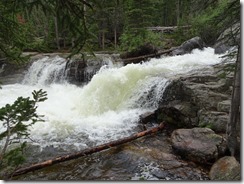