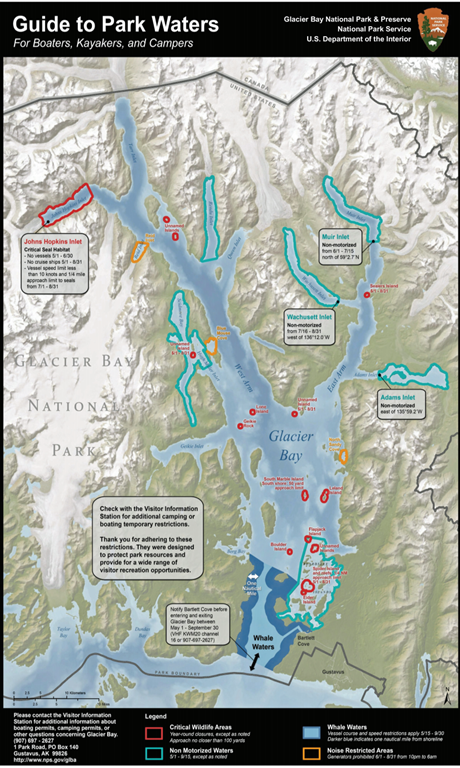 On the fifth and sixth full days of our Alaskan cruise on the Admiralty Dream from Alaska Dream Cruises, we went to one of our favorite Alaska destinations: Glacier Bay. We were last there in 2011 when we took a small plane to Glacier Bay National Park, where we stayed overnight at the Glacier Bay Lodge. In addition to taking a cruise from there to see the glaciers, we also kayaked the cove where we were within 50 feet of 3 feeding whales. It is no wonder we were excited to be returning to the area.

This time we arrived and toured the bay via our boat. Normally our boat only could be in the Bay area for 1 day. But this time, our company had a pass to be in the bay for 2 glorious days.

Glacier Bay is a 65-mile national park fjord.  It has eight tidewater glaciers (meaning the glacier flows out of the mountains and reaches the water). The Visitor Center on the upper floor of the Glacier Bay Lodge walks visitors through the evolution of glaciers, the nature of plant succession and how the flora varies from the mature forests at the entry to the algae, lichen and small plants that have taken hold near the face of the retreating glacier. It also profiles the bay’s fauna, from the sea otters and humpbacks that favor the outer reaches to the harbor seals and stellar sea lions that venture much further in. Birds and mammals, from martens to mountain goats and brown bears, meanwhile, have the run of the landscape. It also explores the history of the Tlingits in the bay, from the 17th century, when the area wasn’t a bay at all, but a large valley, through the mid-18th-century Little Ice Age when glaciers advanced into their tribal lands, forcing the clan to migrate, through the glacier’s retreat, when the Tlingits returned.

While George Vancouver’s initial expedition was on able to reach glaciers only a couple of miles into the bay due to the density of ice, this area is now ice-free. Current day explorers have to cruise 65 miles into the bay to reach the faces of the region’s glaciers. Today the glaciers are receding quickly with the bay losing about 15 percent of its ice in the last 70 years alone.  Fortunately, the heavy snowfall in the Fairweather Mountains has resulted in Glacier Bay having a few stable glaciers, which is a rarity in today’s global warming world.

We viewed several of the park’s tidewater glaciers. The highlights were: 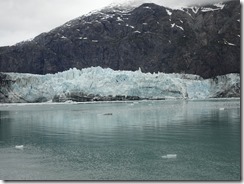 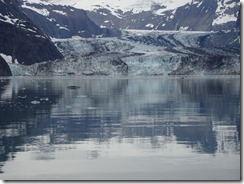 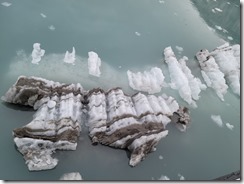 After an overnight cruise, our bonus Glacier Bay day entailed a leisurely, largely uneventful cruise through the less-visited east side of the park, primarily to explore for terrestrial wildlife. Beginning in the smooth, turquoise waters of Muir Inlet, we cruised around Wachuset Inlet, with slim animal sighting (except for a lucky few who claimed to see a bear, and a crew member who alerted passengers of a moose, which apparently retreated into the trees before anybody else could see it). We had more luck with sea animals especially a few killer whales and sea otters, more humpbacks and, of course, birds.

We ended with a cruise around South Marble Island in the park’s main channel. One of the bay’s primary bird nesting areas and habitats. We saw pelagic cormorants, kittiwakes and common terns by the dozens and a handful of tufted puffin, although none of the much less numerous horned puffins. The island is also home to dozens of steller sea lions—especially males that are either too young to breed or too old to be able to compete effectively with younger, more viral males. 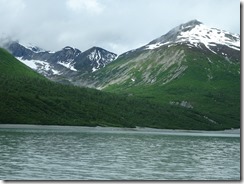 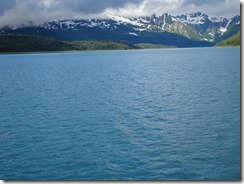 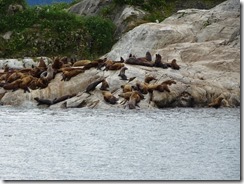 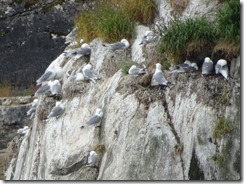 In addition to visiting Glacier Bay by water, we also had time to stretch our land legs again in Bartlett Cove. Not only did it give us a chance to get a little exercise, but it was also the first time we had access to wifi/email from the ranger station and at the lodge. 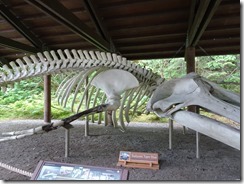 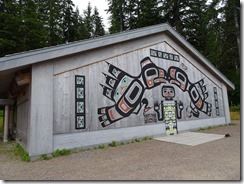 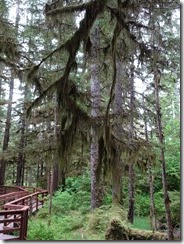 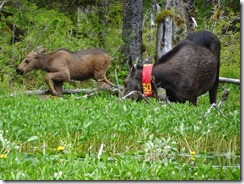 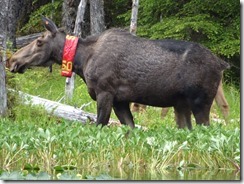 If you have time (which we didn’t), you can also walk on the longer 4-mile Bartlett River Trail or the 8-mile Bartlett Lake Trail.