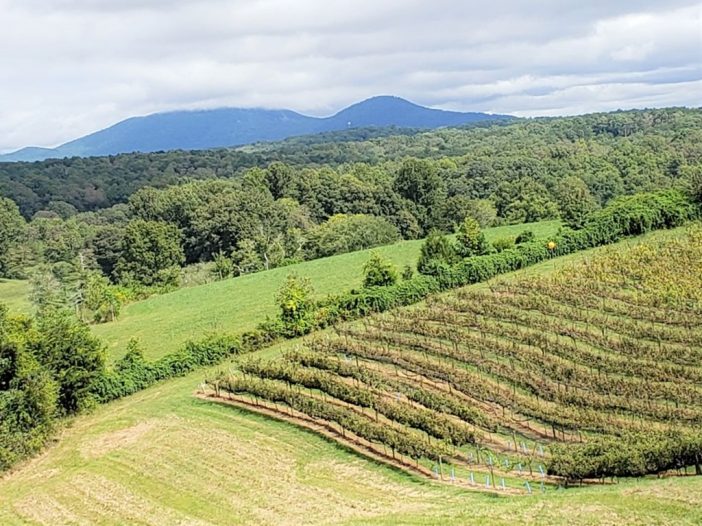 Most people have heard about the California Gold Rush and the Alaska Gold Rush. But how about the Georgia Gold Rush? A surprise 1838 discovery of gold in Georgia’s Dahlonega region yielded more than $6 million worth of ore before mining was shut down at the beginning of the Civil War. It resumed after the war and continued into the early 20th century.

While tourists can still mine for gold, the county is now trying to mine another type of rush, one for the region’s wines.

The Dahlonega Wine Region is located in the foothills of the North Georgia mountains. The region grows over 30 grape varietals on approximately 100 acres. Since we were in the area, we had to make a stop to check out the wines.

The mere mention that we were going to explore Georgia’s premier wine region drew laughs and smirks from our friends. We must admit that we too were a bit skeptical. Georgia in general and the Dahlonega region in particular, poses big challenges to growing grapes:

Some wineries, such Frogtown Winery, grow 23 varietals on their own estates. Many other wineries primarily grow specially developed hybrids (such as Muscadine, Blanc du Bois, Norton and Chambourcin) and a few particularly adaptable European varietals (such as Petite Verdot) which have late bud break and can remain on vines longer, even with precipitation. But most of the area’s wineries source many of their grapes from California and Washington with some exploring Texas, New York Finger Lakes, and other regions. Still the relatively young wine region has gained a lot of experience and made much progress over the last three to five years. Their hopes for the future remain high.

We visited several of the region’s wineries.

Based on our very limited sample, it appears that some Georgian winemakers are making some very promising wines. While this should not be unexpected when they use grapes from established and proven sources, some are also doing a good job with grapes that one would not expect to do particularly well in this climate. The problem is that it takes a lot of work. Accent, for example, claims that the moist climate alone requires that grapes must be pruned and sprayed about five times more often than those in California. Even then, yields can be small and quality inconsistent. As a result, even in the best of circumstances, the price for wines made from Georgia grapes must often be higher than those for comparable wines produced in more favorable locations. Georgian producers will be challenged to address this big challenge, particularly if the Pierce’s Disease challenge cannot be addressed.