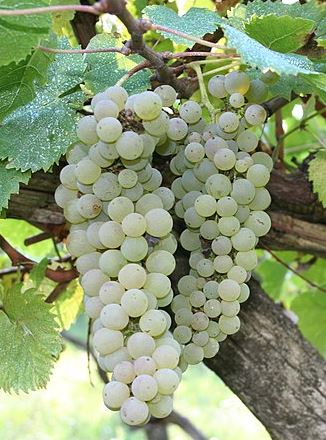 What is a Pecorino Grape

The Pecorino grape is a white grape variety that was native to and actively farmed in Italy hundreds of years ago before it was generally forgotten. The varietal was named after the sheep (pecora in Italian) who used to nibble on the sweet, early-ripening grapes on their September drives from the mountains toward warmer Puglia grazing rounds. It was replanted in the maritime climate and limestone/gravel soils of Abruzzo in the 1990s and has since expanded to cover more than 3,000 acres. This being said, its plantings still pale relative to Abruzzo’s dominant red (Multipulciano) and white (Trebbiano) grapes and account for only between five and ten percent of the region’s wine production.

The inherent sweetness of Pecorino grapes is balanced by its acidity and minerality to produce complex wines that have higher alcohol (typically 13-5 to 14.5%), a heavier mouth feel, and longer ageability than most of Italy’s other “fresh” white wines.

Although the wines are usually aged in stainless tanks, different winemakers take different approaches. Some use concrete, light neutral oak, or even terracotta amphora.

While Pecorino wines are harder to find than other Italian wines, they are worth looking for.  The wines pairs well with fish, shellfish, and pork. And yes, it also just happens to pair well with Pecorino cheese with its fruit and acidity cutting the tart, salty, nutty taste of the cheese. So grab a bottle and enjoy.