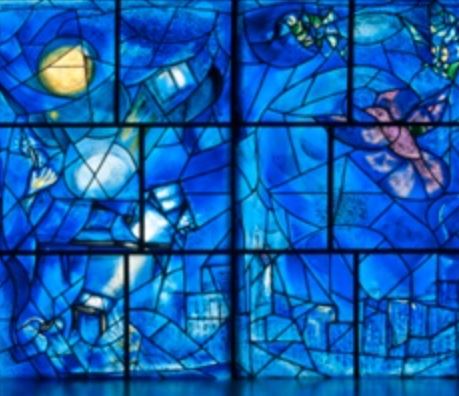 No trip to Chicago would be complete for us–or even conceivable–without a visit to the incredible Art Institute of Chicago. It has a wide range of art including impressionist, modern and asian. It is easy to spend an entire day exploring the museum.

The museum is, of course, particularly known for its unparalleled (at least outside of Paris’s Musee d’Orsay) Impressionist collection, with an especially good representation of artists including Monet, Renoir, Cezanne, Van Gogh, Gauguin, and Toulouse-Lautrec. Although it is hard to know where to even start in selecting favorite paintings in this world-class gallery, a few of ours include those by Monet, Renoir, and Cezanne.

But no profile of this gallery would be complete without two particularly iconic works: Georges Seurat’s “A Sunday on La Grande Jatte;” and the honorary Impressionist Gustave Caillebotte’s “Paris Street: Rainy Day.”

Speaking of iconic works, two other classic paintings to see are:

These galleries, however, contain much more than these classics. These include works by artists including John Singer Sargent, Mary Cassatt, James Whistler, and William Merritt Chase. These now also have a section devoted to Georgia O’Keefe, John Marsden, Arthur Dove and other artists in the so-called “Alfred Stieglitz Circle.”

The museum’s beautifully designed newer Modern Wing has dramatically expanded the exhibit space dedicated to contemporary art showing off its representative selection of European and American modernists. Its European collection is highlighted by its well-represented Cubist collection–especially works by Picasso and Braque.

There are also some good representations of the work of a number of other leading European modernists, including Chagall, Matisse, Miro, Dali, Magritte, and Giacometti.

It also yields a few fun surprises, including Jeff Koon’s fun snorkel in a woman’s bathtub, Claus Oldenburg’s hard and soft light switches and a number of Cindy Sherman self-photographs.

The wing also has a smaller gallery devoted to modern architecture and design (especially furniture and lighting), with a particular focus on projects that were intended for or built in Chicago, and to the work of architects and designers who worked in Chicago.

Although time was running short, none of our visits to the Art Institute would be complete without at least quick stops at the museum’s Oriental galleries (especially Chinese and Japanese); and

A walk down into the basement to see the amazingly detailed miniatures of the Thorne Rooms, period-correct representations of centuries of interior design across Europe and America, with brief nods to Japan and China.

And speaking of special stops, there are two other absolute “musts” for any trip to the Art Institute: The majestic Chagall windows, now displayed in a location that provides the light required to show off their brilliant colors; and the reconstructed trading room of the Chicago Stock Exchange, which Dankmar Adler and Louis Sullivan designed in 1893.

Special exhibits come and go. Here are some that we have seen.

The exhibit explained and demonstrated Manet’s admiration, and support and later incorporated some techniques of the Impressionists, while simultaneously focusing his own work on the types of subjects and techniques that would gain acceptance by Paris’s conservative Salon. The exhibition focused on the last decade and a half of the artist’s career. It included a couple of his more historically-focused works, a few portraits of friends and the Parisian elite, and gardens before a shift to a somewhat looser, more casual style and a focus on the city’s café culture. This work culminated in a couple of his most acclaimed works, portraits of the lovely and ultra-fashionable Madame Jule Guillemet. The exhibition ended with a large display from the artist’s later, infirm days when he turned to small-scale paintings of individual flowers from his garden and a lovely image of his then home.

The exhibit displayed some of the most important, impactful, and of course, iconic works of some of the world’s most important photographers including Stand, Bourge-White, and Dorthea Lang (a fascinating retrospective on whose work we recently caught in Nashville.

Viewers were invited to compare subtle differences in the color, intensity and clarity of different images struck from the same woodblock.

Although Lichtenstein is not one of our favorite artists, we gained a much better appreciation for what he was trying to do, why he was trying to do it, and the broad range of his subjects and styles. We saw his initial efforts at Abstract Expressionism, the invention and evolution of his own Pop style, and his expansion into a number of more experimental modern styles.

The exhibit focused on the origination and evolution of his Pop work, which generally began with “Look Mickey”, and evolved through his signature Ben-Day dots, his reinterpretation of comics, consumer products, and romances.

It traced his forays into war scenes, his reinventing of ancient religious paintings and works by previous-generation artistic masters (from Rembrandt to Picasso), and into his own, unique portrayals of nudes and eventually even Chinese landscapes.

There were also samples of his work in a range of other media, such as his fascinating experimentation with plastic that distorts images in a Rowlux plastic (which conveys the effect of motion and dimension) and a number of sculptural styles.

This exhibition covered some of Magritte’s most important years, from his time in Paris and subsequent return to his Belgian home. It explained the influence that Freud’s theory of the unconscious had on Magritte and how it prompted him to view traditional objects in such non-traditional ways—to, in the words of the commentary “make the familiar, strange.” It highlighted the roles of recurring images in the artist’s work—motives such as clouds, bells, pipes, biboquets (children’s toys) hats—and a number of his recurring themes and techniques, such as objects transforming into other objects, the misnaming of objects, the presenting of familiar objects in unfamiliar surroundings, the fusing of figures ambiguity, misdirection and his use of compartments. Although his work was presented primarily in paintings and collages, the exhibition also portrayed some of the other media in which he worked, such as advertisements (he began his career in advertising), illustrated books, and magazine covers.

Although the commentary explained some of the influences on Magritte’s view of the world, the evolution of his techniques, and recurrent motives and themes, it refrained from attempting to interpret the artist’s work. Why? Partially because nobody really knows. And partially to preserve the mystery and allow viewers to make their own interpretations—or not.