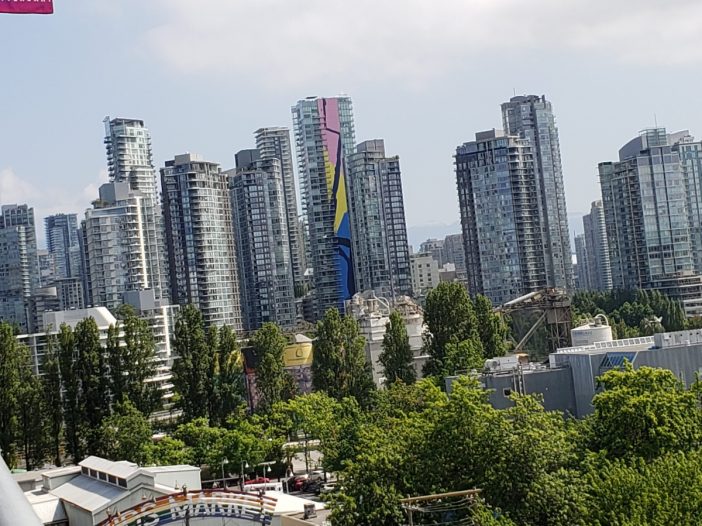 Spanish explorers first discovered British Columbia in 1592. But it took another 200 years for Spanish explorers to get to present-day Vancouver which was named for the English explorer who arrived in 1792. By this time, various First Nation tribes had populated the area, being attracted by the region’s plentiful plants, animals, and fish.

When Vancouver was destroyed by fire in 1886, the wooden buildings were rebuilt in brick and stone. The city also incorporated modern conveniences including water, electricity, and streetcars. The opening of the Panama Canal led to another surge, with Vancouver becoming one of the West Coast’s major port cities.

Flash forward 136 years to today. Vancouver is a modern, 600,000-person metropolis that provides an enviable balance between modernity and nature in a vertical city dominated by high-rises. High rises dominate everything from living to working to shopping and for a night out. This city shares the West Coast’s housing shortage, high home prices, and large homeless populations. Yet it is one of Canada’s (and North America’s) most diverse, with the highest percentage of Asians in the world residing here outside of East Asia.

Vancouver is not large. That makes it easy to explore the various neighborhoods on foot, bike, or by public transportation (including water ferries). Here are some of our favorite areas to explore.

Coal Harbor is largely a nicely laid-out transportation hub. It has a seaplane terminal, cruise terminal, and a central transit hub for buses, ferries, and elevated trains (the railroad terminal has been moved to another location). It is also home to the Convention Center and a number of public art pieces.

As the oldest of the city’s neighborhoods, Gastown was named after one of its first inhabitants, “Gassy” Jack Deighton, a saloon owner known for his long-winded stories. The area, especially around cobblestone-paved Water Street and Maple Tree Square, remains home to Victorian buildings that have been converted into bars, restaurants, souvenir shops, and art and furniture galleries. It is also the home of its Victorian-era streetlamps and its Victorian appearing (but actually build in 1977) steam clock which uses steam pipes to denote quarters of the hour.

Vancouver has the third largest Chinatown in North America after San Francisco and New York. It was largely created by Chinese railway laborers who were legislated and discriminated against after the construction was done. Many settled in this area which is now a vibrant if somewhat rundown neighborhood next to a homeless encampment (between Gastown and Chinatown). It is home to the lovely Sun Yat-Sen Classical Chinese Garden and Park designed and constructed by Suzhou master craftsmen using traditional Chinese principles and techniques and materials imported from China.  The Vancouver Chinese Museum, meanwhile, tells the story of Chinese workers in China, the discrimination and challenges they faced, and the successes and contributions of a few individuals, particularly those of the H.Y. Louie family.

This 19th-century railyard and its adjoining brick warehouses have been converted into dining and entertainment hotspots with loft-style condos that are reminiscent of New York’s SoHo. Surrounding the quaint areas of Hamilton and Mainland Streets are dozens of upscale high-rise condo towers.

This is a short narrow inlet that separates downtown from the West End. Its upscale residential restaurant area is built around a marina and a sports stadium.

Vancouver’s central business, retail, and theater district is concentrated around Robson and Granville Streets. It is also one of the city’s primary nightclub districts.

Granville Island has a public market with a range of tourist-oriented businesses that have opened around it. One can find art galleries (including amazingly, Ukane which specializes in Zimbabwean Shona sculpture), artisan jewelry shops, specialty clothes shops, and many restaurants—not to speak of a craft brewery and a distillery. The market offers a wonderful range of fresh fish, meat, baked goods, and all types of produce. Plus stalls offer all types of prepared, fast foods.

The West End is one of the few central city neighborhoods that integrate single-family homes and small apartments/condos among the high-rises that dominate much of the city. The neighborhood is also home to many fashionable shops, upscale restaurants, and gay bars.

Nestled between Stanley Park, the West End, and the Ocean is a long stretch of beaches and parks along the coast. It has upscale condo towers and shops. And it contains one of our favorite sculptures: the uplifting A-maze-ing Laughter sculpture, featuring 14 larger-than-life, laughing bronze figures

Although we love strolling through Vancouver’s neighborhoods, the city’s crown jewel (an emerald) is not a neighborhood but a park. Stanley Park is a huge, 1,000-acre area that provides everything from natural woods and planned gardens to beaches, Olympic and children’s pools to playgrounds. It has all types of sports fields, tennis courts, a golf course (pitch-and-put), marinas, 16 miles of hiking paths, and a five-mile seawall walk around the park.

All this plus historic sites, a 50-foot tall sea stack, unparalleled views of the city from along separate roads, and walking and biking paths. It is a lovely park around which we and thousands of others walked and biked on a beautiful Sunday afternoon.

We also made a stop at the Vancouver Art Gallery. In addition to its permanent collection, it had two temporary exhibits.

Canadian Women Artists in the Modern Art Movement focused on women artists of the first half of the 20th century who, not surprisingly, never got the recognition they deserved in a field dominated by men. We particularly appreciated some of the landscapes of Emily Carr, Anne Savage, and Yvonne Housser and portraits by Prudence Heward.

Visual Culture in the Age of AI provides many ways of looking at AI from the ways it has been portrayed in popular entertainment (such as in 2001: A Space Odyssey, Blade Runner, and The Matrix) to the actual painstaking process of developing these capabilities from the pioneering theoretical work of Alan Turing and Ada Lovelace’s work in analytical engines and Norbert Wiener’s pioneering work in cybernetics. It focuses particularly on the current state of AI technologies from the rapidly growing power and sensing capabilities (from speed and acceleration to temperature and heart rate) to smartphones to the incredible advances in neural networks, deep learning and autonomous action.

One line of exhibits traces the evolution of computer-generated graphics from the pioneering work of MIT in the 1960s through the ways in which current systems are beginning to generate movie-quality action images with limited human intervention. For example, Scott Eaton has used his knowledge of anatomy and neural networks to create surreal images of the human body.

Another exhibit was on the roles of AI in designing everything from fashion and athletic shoes to buildings. It showed how systems like Google’s Deep Mind Program not only beat the world’s leading Go player with moves that most experts thought were a mistake, but turned out to be revolutionary.

Then of course are the capabilities of the tools we use on a daily basis. Consider the transformative power and capacities (including the monitoring of blood pressure and heart rate) of smartphones. Or the consumer programs from Snap, Google, Epic Games and other alter reality. And the often frightening ways in which current systems not only identify faces but also interpret emotions.

The exhibit, in other words, covers a lot of ground. In some ways, it was too much to provide a meaningful flow and too little to assess the limitations and the potential for errors and especially for abuse. Still, it was a very worthwhile effort to explain the current power and awesome potential of these technologies.

Vancouver as a Walking City