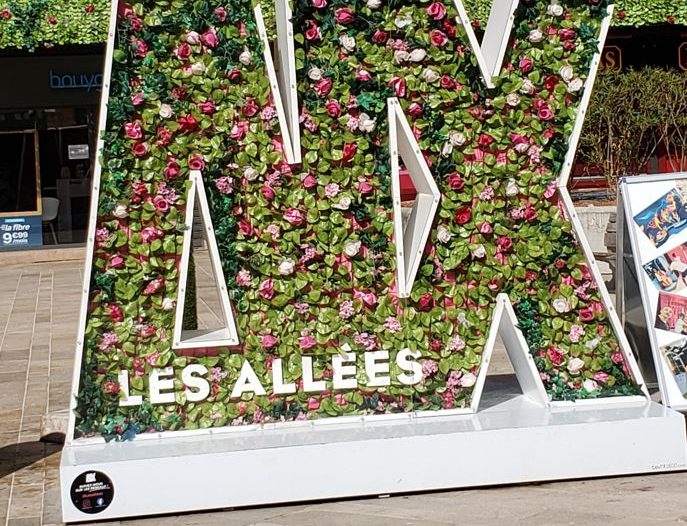 Aix-en-Provence France is a Roman fortress and settlement from 122 BC. Although it underwent frequent attacks, it emerged as a major city and the capital of Provence. Today, this beautiful southern France in the Cote d’Azur region is a lovely place to visit.

Aix-en-Provence is known as the city of a thousand fountains. In addition to fountains, the Old Town streets are lined with elegant 17th– and 18th-century buildings. The bell tower and St. Sauveur Cathedral are lovely. So too are the city’s many beautifully carved doors and the evening has lots of activity in Town Hall Square and along Cours Mirabeau, the main street which is also home to the most dramatic fountains.

In addition to beautiful architecture, Aix is filled with art. It has:

Stroll Through the Caumont Centre

The Caumont Centre is a beautiful, early 18th-century chateau with a number of beautifully restored historic rooms, a nicely landscaped French garden and a Jean Cezanne film that profiles the lives of himself and his father.

Most interestingly was its retrospective exhibit of the works of Raoul Dufy: A Passion for Color. The exhibit traced Dufy’s evolution from 1908 through 1948 through 90 of his oils, watercolors, drawings, engravings, and book illustrations. Most were of his favored subjects of coastal landscapes, nautical festivals, boats, and bathers.

It traces his evolution from bright colors and simplified forms to a focus on geometric volumes, altered perspective, and more subtle, Cezanne-like palates of subdued greens and ochres. This evolution, while gradual, is particularly pronounced in his 1913 La Jardin Abandoned, a pivotal work that focused on lines, volumes, the intersections between them, a shift toward decorative motifs and a palette that did not necessarily reflect those of the real world.

In the post WWI era, he moved to the use of short, twirling brushstrokes and increased use of watercolors and engravings. This allowed him to rapidly experiment with thin washes of colors and the creation of woodblock prints for books.

He created his later works primarily in his studio. Painting included the studio itself, views (often with imaginary characters) from his window, flowers and other still-lifes, and models, with and without bathing suits.

His real passion, however, was in painting water scenes, particularly of boats and the action, vivid colors, and spectator involvement in regattas.

In 1936, he was commissioned to produce what became the world’s largest painting. This 250-panel represented the history of electricity for the Pavillion of Light and Electricity for the 1935 International Exhibition of Art and Technology.

Although the original work remains in Paris’ Musee Art Moderne (which contributed most of the works for the Caumont Centre exhibition), the museum has an impressive, stylized, multi-wall video of the entire work. It was so impressive that we are adding the Musee Art Moderne to our Paris itinerary.

We had only a single dinner in Aix at Le Bistroquet, and it was definitely worthwhile. The only negative was when Tom managed to knock over a glass of red Burgundy onto Joyce’s plate and her white pants and blouse! However, the staff very quickly came to mop up the mess.

We shared two dishes and the portion of a bottle of wine that Tom didn’t spill. We enjoyed both the house-made foie gras pate with chutney and salad and the sauteed seabass with an addictive mango/vanilla sauce, with chickpea fries and, much less interesting, a ragout of mixed vegetables. Our 2018 VV Manuel Olivier Haut Cote de Nuit was also lovely and worked with both dishes. We were particularly impressed with the speed and how the staff responded to our mishap.