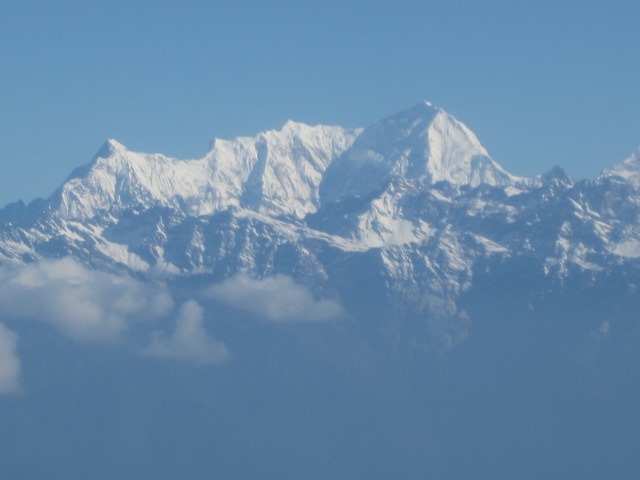 Although our early morning view of the Himalayas from the Namo Buddha Resort was lovely, it only served to whet, rather than satiate our appetite for a closer view of the mountains—particularly Mount Everest. And since we did not budget the time required for a real close-up view, nor did we think we could deal with the altitude of climbing to Mount Everest’s base camp, we took the easy touristy route–a 6:30 AM (7:45 by the time the plane actually took off) Buddha Airlines sightseeing flight of the Himalayas. The one-hour flight not only took us within a few kilometers of Everest, but past a chain of twenty peaks of between 20,000 and 29,000 feet. This included the 23,400-foot Gauri-Shankar, a Hindu holy mountain which people are not allowed to climb.

Since this is a sightseeing ride, the airlines only seats people at window seats. Tom had one side of the plane covered and Joyce had the other side. Words cannot describe the views, but maybe a few pictures will help. The best views, however, came when the cockpit was opened for one person at a time to get a sweeping pilot eye’s view of the range. All we can say is “wow”.

Although the flight was expensive ($190 per person including transportation to and from the airport), it was well worth it. Not quite the same as hiking to Base Camp, but certainly much faster, warmer and more comfortable.  (Mount Everest is the pyramid shaped mountain) 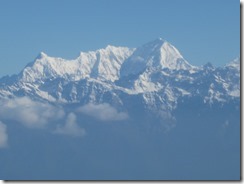 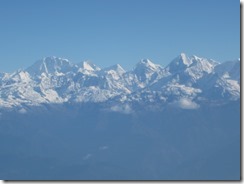 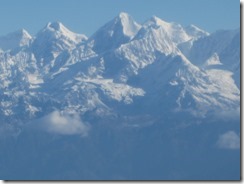 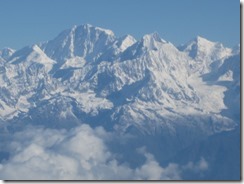 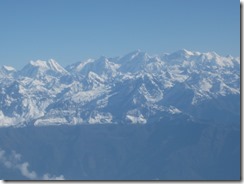 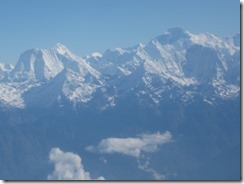 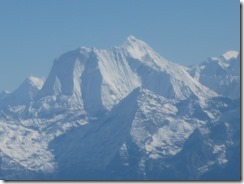 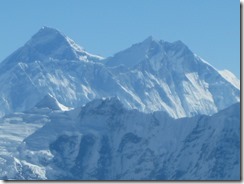 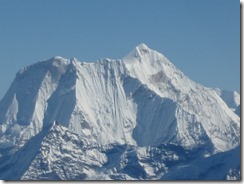 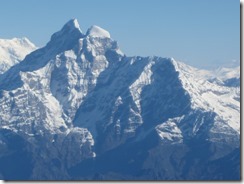 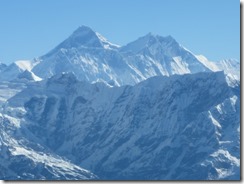 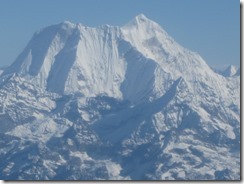 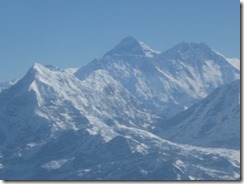 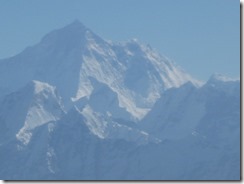 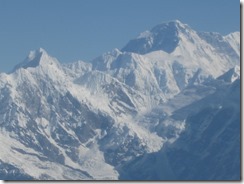 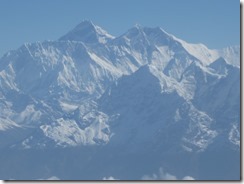 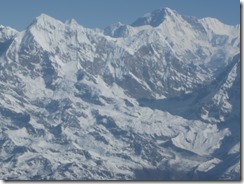 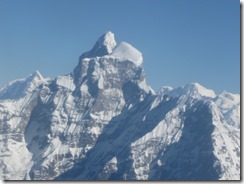 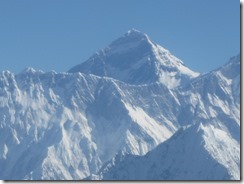 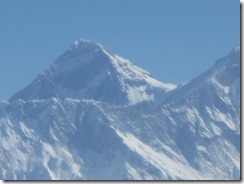 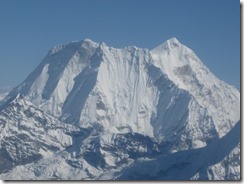 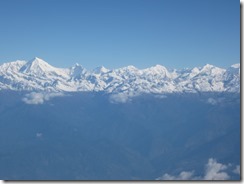