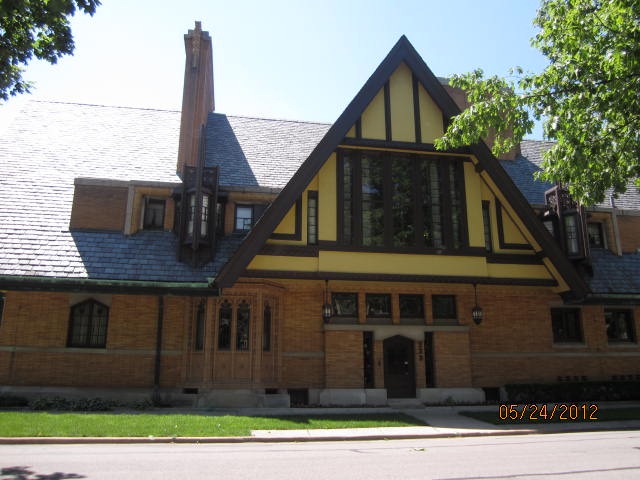 We have loved Frank Lloyd’s architecture from the first time we were exposed to it when living in Chicago in the 1970’s. We saw a couple of his works in the city (including the wonderful Robie House, which I often passed going to classes at the University of Chicago), and then took the pilgrimage to the cradle of his early work in the close-in suburb of Oak Park. Since then, we have stopped at number of his most renowned works around the country–his two Taliesin homes and schools (in Spring Green Wisconsin and Scottsdale Arizona), the Guggenheim Museum in New York, the Marin County Civic Center, a number of his Usonian homes in New Hampshire and Pennsylvania and then, last autumn, to his masterpiece, Falling Water.

It had, however, been more than 30 years since we last visited Oak Park and felt that it was time to do so again. Although we initially planned to that the train to Oak Park, visit his home and studio, Unity Temple and then take a walking tour by some of his early homes.

Then, browsing through the Chicago Architectural Foundation‘s (CAF) list of walking tours during the time we were planning to be in the city, we found that CAF had a bus tour from Chicago to do exactly this visit. We jumped at the opportunity, and are glad we did. During the half-hour bus ride to Oak Park, the docent provided a commentary on Wright’s history at Adler and Sullivan and his early life in Chicago and Oak Park. Before reaching the Wright’s home and studio, we then made a couple of brief pass-by stops for a brief mention of three of his early Oak Park homes. 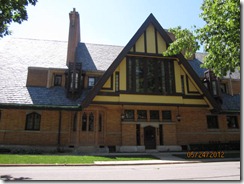 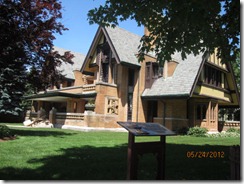 Upon reaching the home and tour, we had two wonderfully informative tours. We, of course, loved Wright’s uses of space, lines and light and marveled at the thoughtful features (such as the ways he created flow among rooms and brought light into the center of buildings) and some of his ingenious solutions (such as making room for a baby grand piano, while simultaneously projecting its sound throughout the house, by suspending it over a staircase). 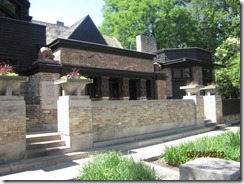 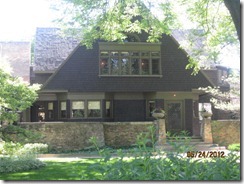 The home and studio tour was followed by docent-led walking tour of another half dozen of his Oak Park homes, including the first home designed after the architect’s eye-opening trip to Japan, which would forever influence virtually all of his remaining work. 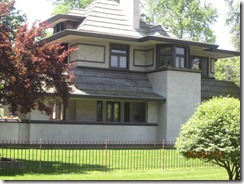 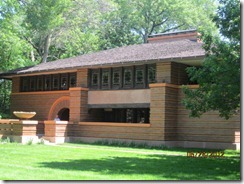 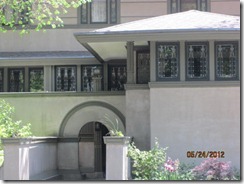 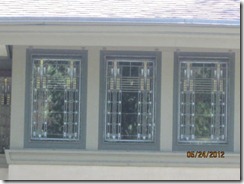 The walking tour ended with a stop at the Unity Temple, Wright’s “Modern Masterpiece”, which is generally considered to be the first modern building in the world. The building is divided into two primary spaces—the formal temple space and the less formal community space. 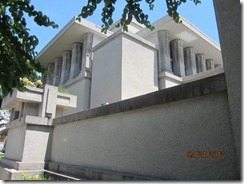 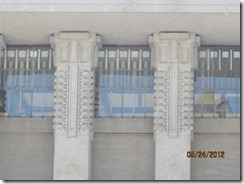 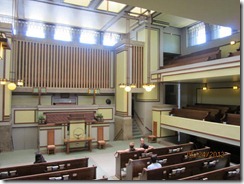 After the Temple, we re-boarded the bus. The bus back to the city was filled with pass-byes of a few other Wright homes and commentary on the later part of Wright’s life. On the way back to the city and CAF’s headquarters on South Michigan Avenue, the docent pointed out and described the architectural significance of a number of other notable buildings and neighborhoods.