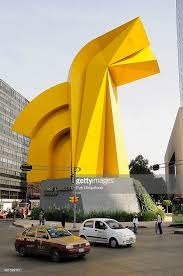 Like many cities, Mexico City has multiple interesting areas, each with its own character. This blog takes a brief look at some of those areas.

Our exposure to Reforma was generally limited to the main street—Paseo de la Reforma. We walked the elegant avenue from the Historic District to Palenco. The area around the intersection with Avenida de la Republica, is lined with interesting, modern office towers.

Among the area’s highlights are: 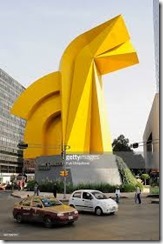 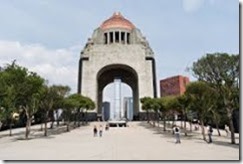 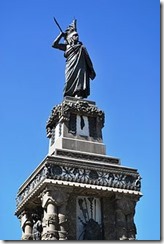 This very upscale neighborhood that is sometimes equated to Mexico City’s Beverly Hills. It houses a number of the city’s top hotels, restaurants (including Pujol and Quintonil) and galleries, and is home to a number of embassies and luxury car dealers (Bentley, Maserati, etc.). Although primarily residential, the main avenue, Presidente Masaryk, is lined with restaurants, brand-name stores and toney boutiques. Another, smaller street, Emilio Castehahlar, is emerging as a new hotbed for restaurants. The neighborhood has its own lovely park (Lincoln) and is at the front door of the most popular, attraction-packed section (the Bosque) of the giant Chapultepec Park (see our post on Chapultepec Park). It also has its share of beautiful buildings including many of the embassies, Spanish colonial mansions and modern apartments.

If Polanco can be equated to the city’s Beverly Hills, neighborhood, Condesa and Roma are something like its SoHo or Marias neighborhoods. Both had been built up in the early 20th century with lovely Art Deco and Porfirian (Parisian-influenced Mexican) homes and both had gone through a period of decline around mid-century. Both, however, are now being gentrified. While each has their own quiet, residential neighborhoods, both have relatively young populations and growing numbers of hip, upscale boutiques, galleries, restaurants and bars.

Although interesting buildings and restaurants are scattered through these adjacent neighborhoods, some of the premier areas are around Parque Mexico, and especially Avenues Mexico, Amsterdam and Michoacan. 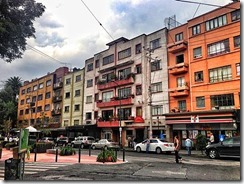 Both neighborhoods have their fair share of popular and upscale restaurants, including two at which we ate (Nudo Negro in Roma and Contramar in Condesa. They, like other Mexico City neighborhoods, also have nice representations of street foods. One of Condesa’s hottest food locales is a mere block down Calle Durango from Contramar This two-block stretch is lined with food stalls that offer a wide range of Mexican Street food. Many, are extremely popular. One in particular, is manned by a man who finely chops pieces of beef with the speed and efficiency of a teppanyaki chef and then, then with a single seamless flick of his wrist, gathers the meat on the blade and deposits it on a tortilla. The stall is packed with seats for about eight people and another ten gathered around waiting for food or eating while standing. Although we did not try the food from this or the more than a dozen other stalls, the show alone is worth a visit. And after lunch, you can grab a sweet at a nearby candy stand that offers a choice of dozens of bite-sized treats, or a stand offering a selection of fresh, ready-to-eat fruits.

Zona Rosa, just south of Paseo de la Reforma, was a moneyed, aristocratic neighborhood that had consisted of European and Neo-Classical mansions. Large numbers of shops and restaurants began popping up in the 1940s and 50s, while the 60s and 70s saw it evolve into an intellectual and artistic community. It is now a major LGBT center and its large numbers of restaurants, bars and nightclubs attract young, nighttime crowds.

Some of these mansions remain, and some have even been rehabilitated into showplaces—including one that is now surrounded (on both sides and above), by a modern tower. Most of these mansions, however, are in sorry states and are surrounded by a much greater number of uninspiredres boxes that house what appear to be less than inspired shops and restaurants. 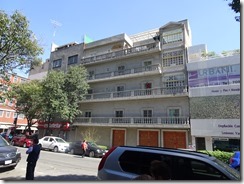 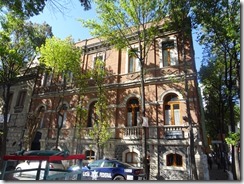